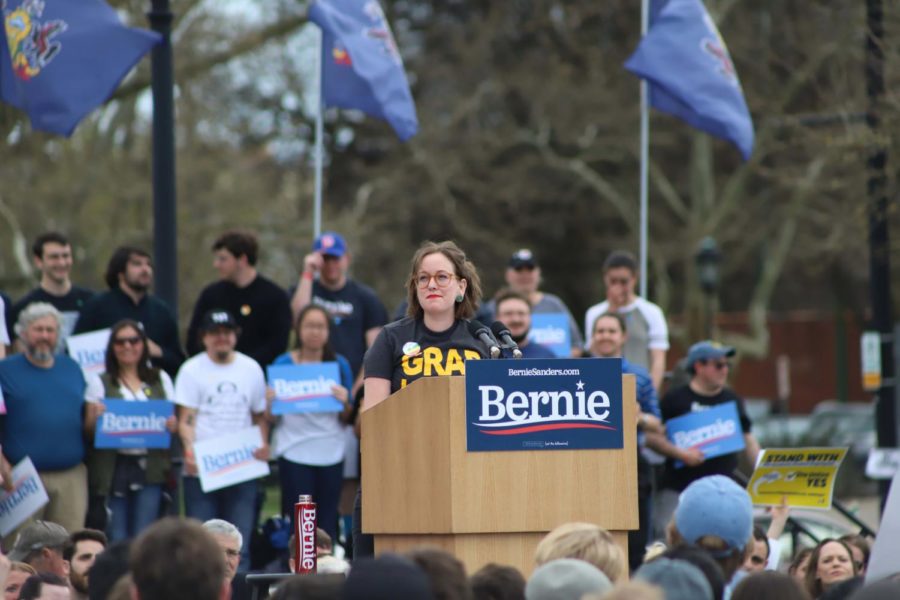 Just days after a Pennsylvania Labor Relations Board official ruled that Pitt committed unfair labor practices during April’s graduate student union election and ordered a new election, union organizers said they are gearing up for a second election sometime this semester.

Kim Garrett, a union organizer and doctoral student in the School of Public Health’s department of environmental and occupational health, said she was excited by the opportunity presented by the PLRB’s ruling.

“I was really happy to get an opportunity to get a second chance, like, that doesn’t happen too often,” Garrett said. “I feel really motivated now to dive into my organizing work again.”

PLRB hearing examiner Stephen Helmerich said in the ruling that Pitt committed “coercive acts” leading up to the April vote, which was meant to determine whether or not graduate students at Pitt should unionize and join the Academic Workers Association of the United Steelworkers. After initially ruled inconclusive, students voted against unionizing by a margin of 37 votes — 712 to 675.

Helmerich criticized an email sent by Steven Little, chair of the University’s chemical and petroleum engineering department, which made it appear as though students’ votes were “under close scrutiny and observation by the management of the University.”

Helmerich also noted that the University posted false information on its grad student unionization website by claiming that “the University is not permitted to discuss academic appointments directly with students” in a union.

The PLRB has 20 days to file an exception to Helmerich’s proposed ruling, in accordance with Board regulations, or else it will take effect.

At the time the proposed ruling was released, Pitt spokesperson Kevin Zwick said the University did not believe it violated any laws during the election process.

Jeff Cech, an organizer and USW staff member, said he hopes the PLRB will schedule an election before the end of the semester, and Pitt will adjust its behavior based on the ruling.

“We’d like the Pitt administration to respect the graduate student employees’ right to a fair election,” Cech said.

But union organizers also said they would be adjusting some of their organizing tactics in an effort to reach out to more students.

Garrett said union organizers are continuing their multi-pronged effort to reach voters from the spring — hosting happy hours at the Thirsty Scholar Bar and Grille on Fifth Avenue, talking with colleagues in departments and phone banking.

“We’re really just trying to get information out to people,” Garrett said. “A lot of students didn’t know what was going on over the summer. I talked to a lot of people who said, ‘Hey, we already voted on that.’”

She added that union organizers are making an extra effort to reach out to STEM students, who she said have shown greater opposition to the unionization effort — which she largely blames on confusing information such as Little’s email. The main Graduate Student Organizing Committee recently formed a separate STEM Committee to try and reach out to these students.

“I was part of a STEM committee that we developed over the summer to look at these issues specifically, and see what made particular departments hesitant to support the union,” Garrett said. “Being able to talk scientist to scientist and say, ‘Hey, there’s evidence that unions help workplaces.’”

Garrett said she and fellow union organizers are urging fellow graduate students to become involved in the unionization campaign as organizing heats back up again.

“Getting involved can mean anything you are able to do — as simple as wearing a button or posting a sign at your desk. Those are some of the small, baseline things you can do to get involved that really make a big impact,” Garrett said. “The union drive is what we make it.”