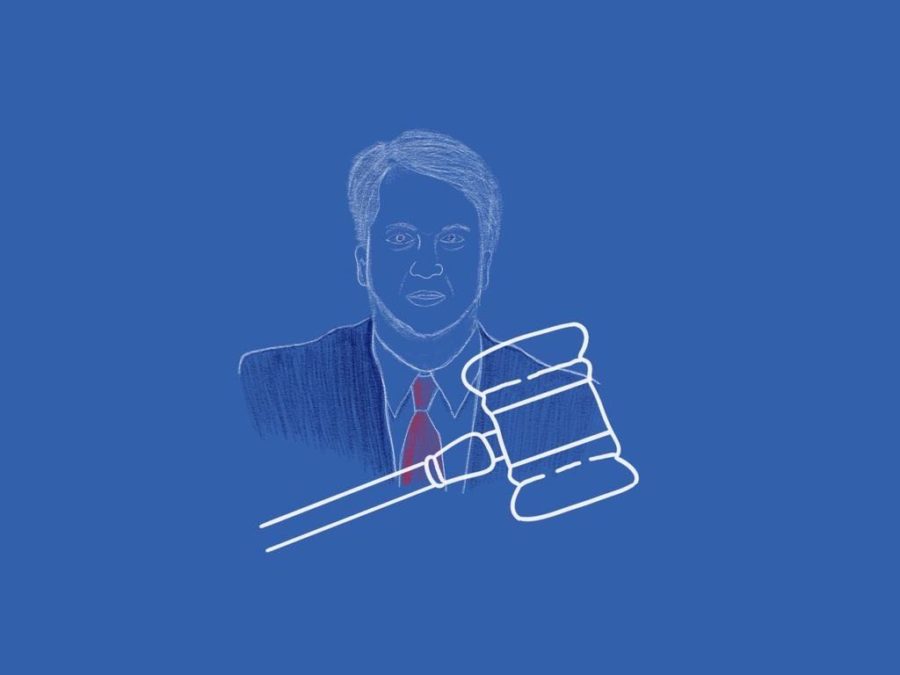 Most people who watched the Kavanaugh confirmation hearings were struck by intense emotion at the process. Many survivors of sexual assault were inspired by Dr. Christine Blasey Ford, and outrage at Kavanaugh’s confirmation partly contributed to Democrats taking back the House of Representatives in the 2018 midterm elections.

Now, almost a year after those hearings, new information has come to light that raises even more questions about the confirmation process, FBI investigations and Kavanaugh’s fitness to serve as a Supreme Court Justice.

Brett Kavanaugh never should have been confirmed to the Supreme Court in the first place due to the credible allegations of sexual assault and misconduct leveled against him by multiple women. Unfortunately, he was confirmed to the Supreme Court anyway, in an embattled confirmation process that concluded in a narrow 50-48 Senate vote along party lines. But in light of the most recent allegation against him, along with evidence that he most likely committed perjury, Kavanaugh needs to be impeached.

The New York Times reported on Sept. 14 this year that a former classmate of Kavanaugh’s from Yale, Max Stier, was at a party at the university where he saw Kavanaugh with his pants down and saw friends push Kavanaugh’s penis into a female peer’s hand.

This allegation is similar to the one made by Deborah Ramirez, another former classmate of Kavanaugh’s from Yale, who accused him of exposing himself to her and thrusting his penis in her face at a dorm room party. Kavanaugh has repeatedly denied these allegations under oath. However, The New York Times article corroborates Ramirez’s allegations with seven testimonies from people who heard of the incident years before Kavanaugh was even a federal judge, much less a Supreme Court nominee.

Ramirez provided a list of 25 people who could corroborate her allegations to the FBI. However, the FBI did not reach out to any of the individuals on Ramirez’s list in its supplemental investigation into the allegations against Kavanaugh due to the control that the Republicans in the Senate had over the investigation.

This blatantly shows that the FBI investigation was not a thorough exoneration like Senate Republicans said it was — though many already knew this immediately following the investigation.

The new information provided in the Times piece that corroborates Ramirez’s allegations also brings to light the question of whether or not Kavanaugh committed perjury. After all, Kavanaugh stated in the hearings that “[if] that had happened, that would have been the talk of campus in our freshman dorm.” Since two of the people who corroborated Ramirez’s allegations were Yale students who heard about the incident days after it happened, the Times reporters believe that it was talked about on campus.

As a result of this new information, several high profile Democrats in the last week have called for impeachment proceedings against Kavanaugh to begin.

“Kavanaugh knowingly lied to the Senate in his testimony,” Sen. Kirsten Gillibrand, D-N.Y., tweeted on Sept. 15, following the release of the Times piece. Gillibrand is known for calling out alleged perpetrators of sexual assault regardless of political party. “The House should begin formal impeachment investigations without any delay.”

An impeachment process would not necessarily be an easy task. The process for impeaching a Supreme Court Justice is basically the same as the process for impeaching a president. The proceedings start in the House of Representatives, and if a majority vote to impeach is reached there, it then moves to a trial in the Senate, which needs to reach a two-thirds majority vote in order for the party to be removed. The last — and only — time efforts were made to impeach a Supreme Court Justice was in 1805, but Justice Samuel Chase was not removed on the charges of being too partisan because the Senate could not reach the two-thirds majority.

Due to the partisan nature of the Senate, it is unlikely it will ever reach a two-thirds majority vote on anything. However, the proceedings could potentially force Kavanaugh to resign. And beginning the impeachment process is simply the right thing to do. According to the Constitution, Supreme Court Justices can be impeached for high crimes and misdemeanors. Perjury certainly falls under those conditions.

What this comes down to is not legal action against Kavanaugh in terms of prosecuting him for sexual assault. It is about whether or not he is deserving of a job. Serving on the Supreme Court isn’t his right, it is a privilege. It’s a privilege Kavanaugh does not deserve, based on the previous allegations against him, the new allegation and the probability that he perjured himself.

Our Senators and the rest of the country watched as Dr. Ford bravely testified, alleging that Kavanaugh sexually assaulted her, and revealed the negative impact that this event had on her life. Dr. Ford had nothing to gain from making these allegations and everything to lose, and 50 Senators let her down. They let down Ramirez by not even allowing her claims to be properly investigated. And they let down the American people by pushing forward with the confirmation process despite these credible allegations.

Impeaching Kavanaugh is the only way to make this right. This new information at least raises questions as to Kavanaugh’s credibility and whether or not he committed perjury during the confirmation hearings. Kavanaugh does not deserve the privilege of serving on the Supreme Court and the House must begin impeachment hearings immediately.

In the immortal words of Congresswoman Rashida Tlaib: “impeach the motherf*cker.”

Devi primarily writes about politics. Write to her at [email protected] and follow her on twitter for more hot takes @DeviRuia.