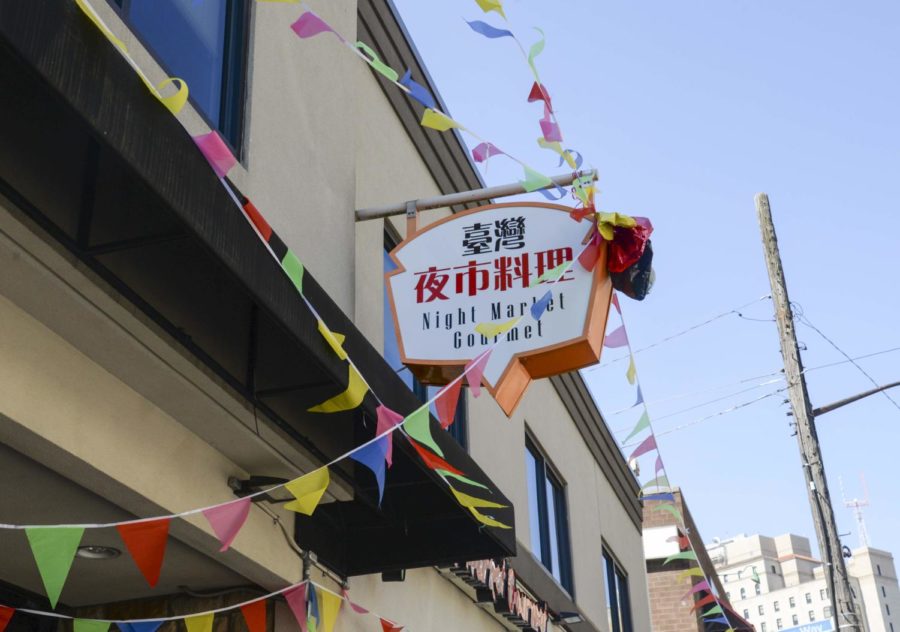 Five Asian food businesses opened or re-opened in Oakland since this summer, including Night Market Gourmet.

Students on the search for bubble tea or poke bowls may find themselves suddenly overwhelmed with options.

Since the start of summer, five Asian food businesses have opened or reopened in Oakland — the KungFu Tea truck, T-Swirl Crepe in Schenley Plaza and Love Tea, Night Market Gourmet and JJ Poke Bowl on Atwood Street — adding to the options already present.

Ting Yen, owner of Sushi Fuku, said that the opening of these new businesses is good for the rising Asian and Asian-American population, but also have made it more difficult for his business, which has been open on Oakland Avenue since 2012.

“This year is a little bit of a challenge,” Yen said. “There’s too many new restaurants opened up.”

Oakland’s Asian business owners take a variety of approaches to setting up their businesses. Since many of the businesses sell the same food items, each has to find its own niche. Some value authenticity — like Hunan Bar, Night Market Gourmet, Sichuan Gourmet and Love Tea — while some, like T-Swirl, Fuku Tea and Sushi Fuku, are more Westernized.

Yen, who is also a board member on the Oakland Business Improvement District, said that despite there being many different types of Asian cuisines, there’s a lack of diversity in the new Asian businesses.

More Asian restaurants in Oakland means there are more businesses that sell the same product. Both the KungFu Tea truck and Love Tea sell bubble tea, for example, competing with other Oakland bubble tea business including Fuku Tea and Chick’n Bubbly.

Albert Tanjaya, a Pitt computer science senior and vice president of external affairs of the Pitt Asian Students Alliance, thinks that there are more benefits of having restaurants that serve the same type of food.

“Multiple restaurants allow diversification of flavors that allow people to have preferences and prevent monopolies of bubble tea or fried chicken,” Tanjaya said in an email.

Amy Zhang, a senior philosophy and communications major and Chinese international student, said she prefers Love Tea over Fuku Tea because of the different flavors of bubble tea, such as cheese tea — cold tea with milk and cream cheese foam on top that originated in Taiwan — that Love Tea offers.

“The cheese tea is a really new thing in China and people don’t have [that] here, but many people are really crazy for that,” Zhang said. “I love that they have that kind of bubble tea.”

Like the bubble tea shops, there are many shops that now sell poke bowls. JJ Poke Bowl’s opening makes it the third restaurant on campus to sell poke bowls — the other two are Mt. Everest Sushi and Sushi Fuku.

According to The Washington Post, poke bowls are a Hawaiian “marinated raw Ahi tuna” dish with Japanese influences. Despite being from China and Taiwan, Joe Wu and Jenny Lin, owners of JJ Poke Bowl, said that they decided on selling the “healthy” poke bowls because they thought bringing this native Hawaiian dish would be a creative food item on campus.

“I think the poke bowl is very new — not everyone know about poke,” Lin said. “When we knew about poke, we think it’s very good for everyone, not any age.”

Recently, it’s more common to see Asian business owners, such as the owners of JJ Poke Bowl and T-Swirl Crepe, selling products that are not typically associated with their culture, but rather from another Asian culture. Tanjaya said since Asian cultural food history overlaps in many areas, it’s common to see many similarities.

“Asian history when you look at it offers such a complex and intricate dynamic,” Tanjaya said. “Thus when we discuss food and ask the question ‘Who owns what?’ it’s fairly complicated.”

While there are many Asian business owners eager to provide creative Asian-American food to Oakland, Ren Jiang, the owner of Night Market Gourmet, said his business wanted to focus more on traditional cooking to teach Oaklanders about this type of Taiwanese food.

Jiang, who is Chinese, said Night Market Gourmet’s food resembles the quick night market stir fry food that people in China would eat when they go to a night market, which are local street stands that sell quick regional food at night. Jiang said that his restaurant’s style food is more Chinese in style, but Taiwanese in flavor, which tastes “lighter” than typical Chinese food found in Beijing or in the northern parts of China.

Tanjaya believes that the “interesting dynamic of Asian/Asian-American students from Pitt and CMU” leads to a competition to diversify tastes.

While Tanjaya prefers authentic Asian food, he said that both authentic and Asian-American cuisine are equally important because it reminds some of home and for others is a way to celebrate their Asian-American identity.

“One side shows the roots of the food from where they came, and the other shows the adaptation and push of assimilation of immigrants into American Society,” Tanjaya said.