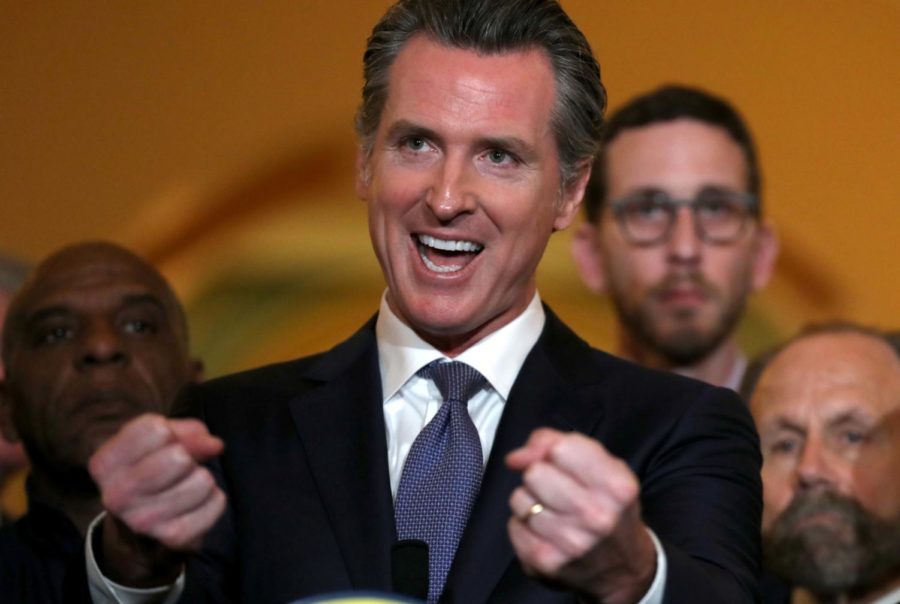 California Gov. Gavin Newsom speaks during a news conference at the California State Capitol on March 13 in Sacramento, California.

The long-held belief of the National Collegiate Athletic Association has been that student athletes should pursue a degree and not money for playing a sport with their university.

The state of California challenged this belief Monday when Gov. Gavin Newsom signed a bill that, starting in 2023, would allow student athletes to hire agents and take endorsement deals — something the NCAA has blocked them from doing in the past. Given the size of the college sports industry and the increased demands on athletes’ time and schedules — which can impede on their ability to work towards a degree — the California law seems sensible and strategic, and will hopefully prompt the NCAA to change its endorsement rules.

The sports industry earned $14 billion last year. College athletes put in a lot of hours practicing and playing for their universities, but they don’t get to share in the billions of dollars made each year off of their hard work. The compensation they get from their schools for their hours spent representing them at matches, meets and tournaments takes the form of scholarships, which of course is no small payment.

But while their scholarships do save them tens of thousands of dollars that non-athletes might regard with a bit of jealousy, college athletes also have the opportunity to make money from other sources by promoting products and companies — something those who don’t go on to play professionally will never get the chance to do. The NCAA has blocked athletes from capitalizing on these opportunities in the past, but as Newsom points out, this isn’t exactly fair.

“Every single student in the university can market their name, image and likeness; they can go and get a YouTube channel, and they can monetize that,” he told the New York Times. “The only group that can’t are athletes. Why is that?”

The NCAA has been looking into changing its rules on endorsements, but is firmly against the California law.

“As a membership organization, the NCAA agrees changes are needed to continue to support student-athletes, but improvement needs to happen on a national level through the NCAA’s rules-making process,” the NCAA said in a statement Monday. “Unfortunately, this new law already is creating confusion for current and future student-athletes, coaches, administrators and campuses, and not just in California.”

The confusion to which the statement refers is the fact that the law only applies to California, setting up the possibility of the NCAA either having to bar California universities from participating in sporting events or change its endorsement rules for all athletes nationwide.

The latter possibility is why California’s law was a good idea. Lawsuits will most certainly follow now that Newsom signed the bill, which will force the NCAA to take a look at its endorsement rules and possibly change them according to the court’s decision. Regardless of how the matter gets decided in court, the law has been effective by making it impossible for the NCAA to ignore the issue.

Hopefully athletes will get the opportunity to market themselves to earn some money, as other students are able to do.