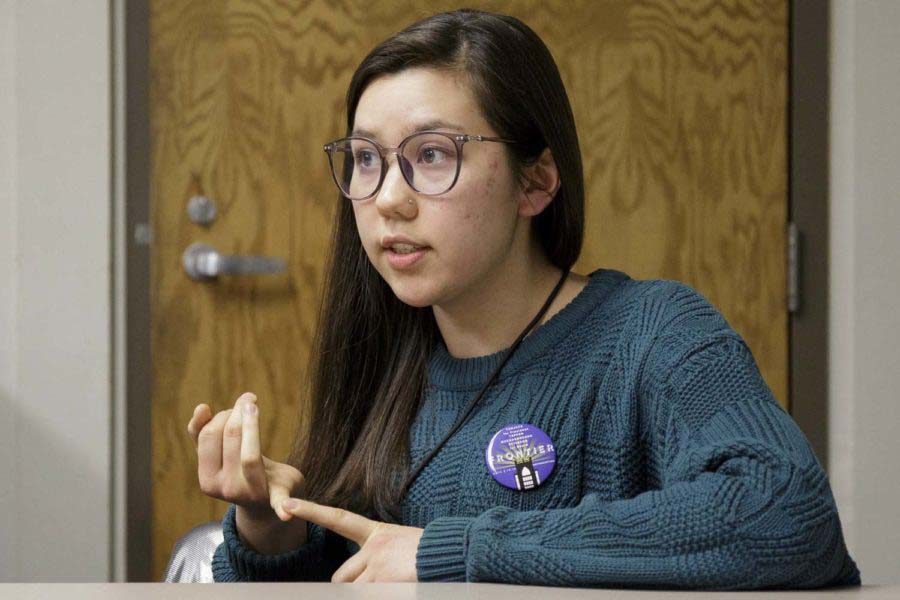 By Charlotte Pearse, For The Pitt News

When Anaïs Peterson ran for Student Government Board last spring, they knew they wanted to use the platform of student government to push for something they and many others have wanted for a long time — an LGBTQ+ student center on campus.

“I first got the idea in my freshman year when I was visiting my best friend at Princeton, because they’re really involved with Princeton’s LGBTQ+ Student Center, and I was like Pitt doesn’t have one of these, this is so cool!” Peterson said. “And then it was kind of just sitting in the back of my mind.”

Princeton’s LGBT Center seeks to empower the university’s LGBTQ+ population through “community-building, education, events and initiatives,” with a mission of “seek[ing] to affirm and help students explore their many identities.”

Peterson started working towards the goal of bringing a similar center to Pitt following the election last year, meeting with various LGBTQ+ student organizations across campus — including Rainbow Alliance, oSTEM and AQUARIUS — as well as Ravi Gandhi, the chair of SGB’s Diversity and Inclusion Committee to work out long- and short-term plans for developing the project.

The center is still in the early stages of planning, but leaders involved said it would ideally include a common lounge area and at least one official staff member trained to deal with LGBTQ+ specific issues. They hope to find a space for it in the O’Hara recreation center, scheduled to open in the fall of 2022. For now, they’re still looking for a short-term space.

Samantha Bunke, who founded Pitt’s chapter of oSTEM — Out in Science, Technology, Engineering, and Mathematics — said she hoped an LGBTQ+ student center would include a lounge area, an office space and a lecture hall for the different student organizations to conduct meetings.

“I understand that these are tall demands for Pitt, since space is the number one thing we are lacking right now, so we’ll be lucky if we even get the lounge area,” Bunke said in an email. “I want this space to be a safe place where people of any background, sexual orientation and gender identity and expression can be comfortable in and meet people like themselves.”

Gandhi stressed the importance of an open lounge area in the Student Center that all the different collaborating organizations could use.

“No closed doors, no offices, no walls, nothing like that, just a completely open space because I think that facilitates collaboration between different organizations,” Gandhi said. “If people are all right next to each other and there’s no physical barrier, it starts to break down those institutional barriers, those other personal barriers, relationship barriers.”

Gandhi said he hopes the center can occupy a spot in the planned O’Hara rec center, since some of the planned rooms have yet to be assigned a purpose.

Peterson’s biggest concerns were the lack of an official space and the fact that the University has no staff member hired specifically to support LGBTQ+ students. Peterson said they hoped the LGBTQ+ student center would include such a staff member.

“Rainbow Alliance is obviously student-staffed, student-run and they’re carrying a lot of weight,” Peterson said. “I think is really important, especially for an LGBTQ+ student center, to have someone there, an adult to oversee things and be some kind of support and grounding.”

University spokesman Kevin Zwick didn’t rule out the possibility of the center occupying a space in the O’Hara building.

“We are happy to listen to students’ suggestions to help improve the campus life for our LGBTQIA+ students,” Zwick said in an email. “Plans for the recreation building are still in the development phase, and Pitt encourages students to provide input to inform the center’s design, programming and priorities.”

Gandhi’s main problem with the current status of LGBTQ+ organizations at Pitt is that they’re very spread out and separate from one another. A center, he hopes, would provide a common, unifying space.

“I think the biggest issue is that the LGBT community is very split apart, very isolated throughout our campus, and there’s no space. So it kind of comes with what’s lacking — they’re all so separate, there’s nothing to really unify everyone and bring everyone together,” Gandhi said.

The various student leaders working on this project are still working out everything they think is important to incorporate, but according to Gandhi, a lot of progress has been made already.