Editorial: LGBTQ+ rights in the workplace shouldn’t be up for debate 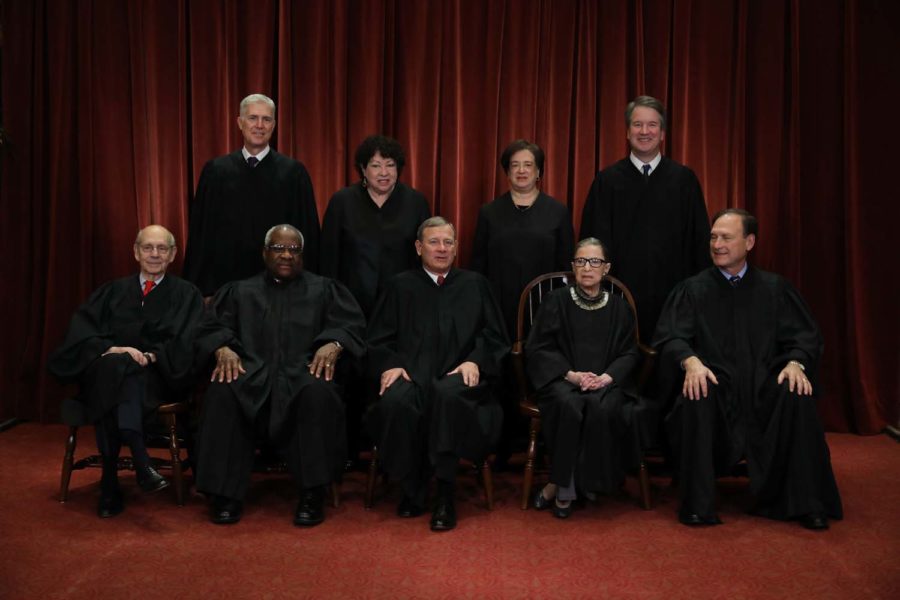 The Supreme Court opened its new term on Monday facing decisions on the Dreamers, LGBTQ+ rights, religion and abortion.

“Equal justice under law” is the phrase chiseled into the stone above the entrance to the Supreme Court building in Washington, D.C.

Supposedly abiding by this motto, the Supreme Court will be deciding whether or not businesses are permitted to discriminate based upon sexual or gender orientation later this week. The U.S. Equal Employment Opportunity Commission currently enforces the Title VII law, which it says prevents discrimination against LGBTQ+ people in the workplace. The justices will vote on whether or not the EEOC can enforce Title VII on a national level, or whether it can be left up to the individual state governments.

It’s infuriating that equal rights are still being heavily debated in 2019, and it’s demoralizing that the highest court in the nation has to decide if an LGBTQ+ identifying person has rights in the workplace. LGBTQ+ individuals should be protected by the justice system, not threatened. This case should never have made it to the Supreme Court in the first place.

Though Pennsylvania is not one of them, more than 20 states have specific laws that protect LGBTQ+ individuals in the workplace. Many companies also individually protect LGBTQ+ employees. But Congress has not been able to pass a law clarifying whether or not employers have the right to dismiss employees because of sexual orientation or gender identity, according to the Wall Street Journal.

In their argument for or against this discrimination, most employers and government officials tend to cite the Title VII law put in place in 1964. Those who want the freedom to discriminate argue that the law was not originally put in place to protect LGBTQ+ employees. This is likely true given the time period. Technically, the law protects discrimination “based on sex,” but just because the law wasn’t necessarily written with LGBTQ+ individuals in mind, that doesn’t mean they shouldn’t be protected by it.

Besides, the Supreme Court was established to ensure “the American people the promise of equal justice under the law and, thereby, also functions as guardian and interpreter of the constitution.”

Experts, such as ACLU attorney Ria Tabacco Mar, are concerned that if the justices don’t rule in favor of LGBTQ+ individuals, it will cultivate more oppression.

“If the court says it’s perfectly lawful to fire someone for being LGBT, that is going to have trickle down consequences as to how lower courts interpret similar federal statutes and prohibit sex discrimination in housing, and education and in health care,” Mar said.

Picking apart the meaning and purpose of the Title VII law is nothing but an excuse for bigotry and discrimination. Employers don’t have to agree with an employee’s means of self-expression, but the question of whether or not someone can be fired for self-expression shouldn’t even be up for debate.