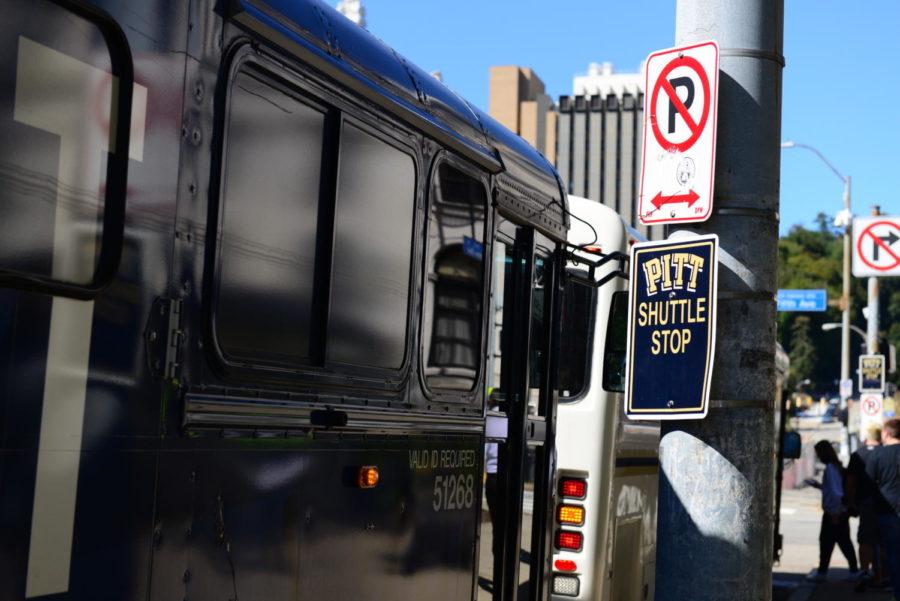 The shuttle stop located at Fifth and Bigelow will relocate to Schenley Drive in front of Hillman Library when Bigelow closes next month.

Pitt announced changes to lower campus shuttle stops that will begin on Nov. 1, due to Bigelow Boulevard closing between Fifth and Forbes avenues for construction. The University is preparing to begin a $23.7 million reconstruction of both Bigelow and the William Pitt Union driveway, financed by Pitt in partnership with the commonwealth and the City.

The southbound shuttle stop — used by the 10B, 20A, 20B, 30A, 30B and 30C routes — will relocate from the William Pitt Union side of Bigelow Boulevard to Schenley Drive in front of Hillman Library. The accessibility shuttle will pick up students on Schenley Drive at the mid-block crosswalk between Hillman Library and Posvar Hall.

The northbound shuttle stop — used by the 10A, 10B and 40A routes — will relocate from the Cathedral of Learning side of Bigelow Boulevard to Forbes Avenue in front of Schenley Plaza. The accessibility shuttle will pick up students at the corner of Forbes Avenue and Schenley Drive Extension.

The University said there will be an increased police presence to help community members navigate the new traffic and pedestrian routes. Pitt added that the WPU driveway and lawn will close on Dec. 16, allowing for the second phase of construction to begin.