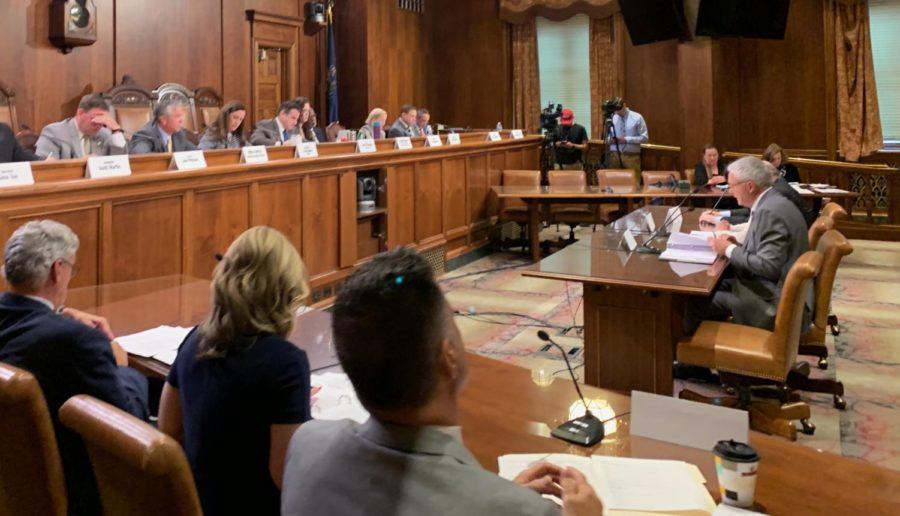 The Pennsylvania Senate Judiciary Committee listened to testimony during a daylong hearing discussion legislation to reform the statute of limitations on sexual abuse criminal and civil claims.

Survivors of childhood sexual abuse may soon win the right to prosecute their cases in court no matter how long ago their trauma occurred. Pennsylvania’s Senate Judiciary Committee held a forum on Oct. 2 to debate whether or not to eliminate the state’s statute of limitations — a law set that restricts how long an alleged victim has to bring a case to court — for sexual abuse civil cases.

The hearing was not intended for a final decision to be made on Bill 540, which calls for the complete removal of the state’s statute. Rather, for several hours, the committee listened to testimonies from alleged victims, their advocates and those in opposition to the bill to help inform their decision. Despite the state’s hesitancy, it’s clear that statutes of limitations are an outdated caveat to our current judiciary system that do not properly serve the people of this country. Pennsylvania needs to eliminate these statutes by passing Bill 540 and finally rectifying the harmful effects of this law.

As it stands, the statute of limitations for felony sex crimes in Pennsylvania limits people to a window of 11 to 20 years to bring their case to court. The time frame varies depending on the specific crime, but any statute of limitations for sex crimes is an unnecessary restriction of the law that strips the judiciary system of its main purpose of protecting people.

New York State passed a bill this August called the Child Victims Act, which for a brief peiod of one year repeals its statute of limitations on sexual abuse cases. After the repeal period, the law also allows alleged victims the ability to prosecute until they are 28 years old. Bill 540 follows this movement to reform statute of limitations laws, but instead of a closed repeal period, it ambitiously demands the complete removal of Pennsylvania’s statutes of limitation.

One of the interpretations of the purpose for statutes of limitations is that they protect the rights of the defendant and promote quicker resolution of cases, but these laws seem to imply an easier time for the courts in handling cases. Pennsylvania holds an exception to its limitations if DNA evidence can identify a perpetrator, which shows that the court would simply rather not deal with the complicated trials that can come with decade-old sexual abuse cases.

It becomes considerably harder to provide the type of evidence to convict as a case remains dormant longer. However, this shouldn’t bar people from trying to salvage their own piece of justice. The burden to provide sufficient proof for a jury or judge to convict would still rest on the prosecution, and eliminating the statute of limitations would not change that. There is no need to deny them the chance entirely.

Conducting the court with these restrictions is ignorant of how the trauma of childhood sexual abuse impacts a person’s life. A 2010 study published in the Journal of the Canadian Academy of Child and Adolescent Psychiatry found that as many as 80% of victims from childhood sexual abuse don’t come forward until adulthood, with a majority citing their lack of trust in the court system as a reason why. This effect is the direct opposite of what these statutes were developed for in the first place.

These statutes are intended to discourage the use of unreliable witness testimony that may result from long periods of time between the crime and the prosecution. Instead, the statutes are actively discouraging people to come forward at all.

“The process of litigation is difficult, expensive and time consuming, and not really finding the truth,” he said. “It’s about establishing winners and losers.”

One of the defining principles of justice is truth, and one of the reasons courts were established at all is to find the truth to put it down on record. The concern expressed here by Chopko is not for the validity of our court system, but rather for its extremely public record of the truth once it is found and prosecuted. The alleged victims are concerned with truth and setting the record straight no matter how long ago the crime was committed.

It is also demeaning to reduce the sides of a trial as winners and losers in the case of possible sexual abuse of children. The prosecution doesn’t “win” in the sense that they are victorious winners of a battle — their clients are victims of horrendous crimes.

The alleged victims want the truth exposed for all to see and to warn those who are vulnerable to be victims of similar crimes. From this point of view, statutes of limitation could potentially protect predators who have the means to harm again and could put more people in harm’s way.

Sarah Goetz gave testimony at the hearing as both a survivor of and advocate against child sexual abuse. She said that she had to rush through the healing process to be able to prosecute her abusers and urged lawmakers to consider the consequences of this.

“Please do not sit here and pretend to do a job,” she said. “Do it. Please, please.”

Ultimately, the statutes in place today are outdated and ineffective. They protect the wrong people and deny closure to those who have the right to strive for it. The Pennsylvania legislature has been deliberating over this reform for years, and the earliest that these eliminations can take place is in November 2021. But all that can be said has been said, and it has been said over and over. The debate is over, and these changes are long, long overdue.