The NBA is being bullied by China, and it can’t continue 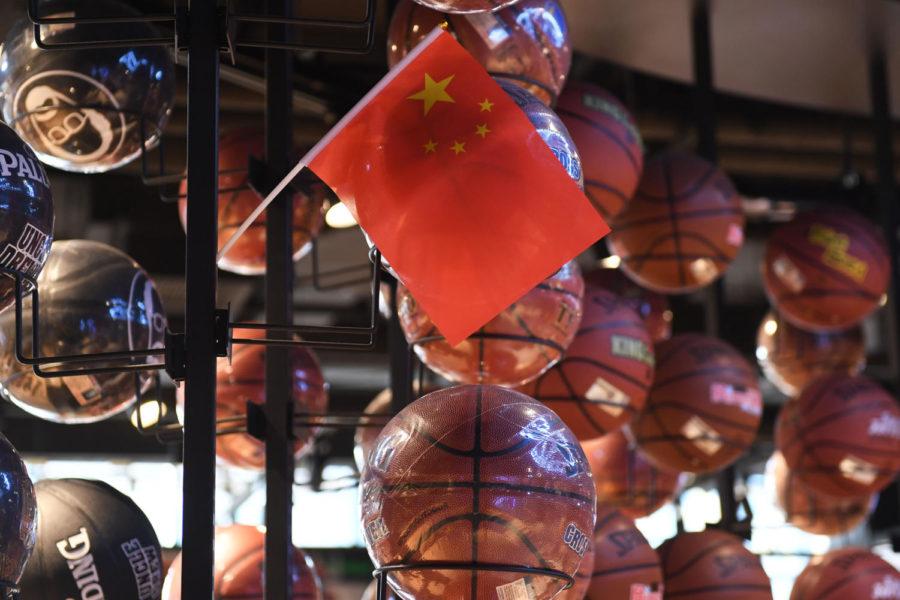 The Chinese flag is seen with a display of basketballs at the NBA store in Beijing on Oct. 9.

Less than a week ago, the Houston Rockets were one of the most popular basketball teams in China. Today, they are an enemy of the Chinese state. The same team once loved by Yao Ming, NBA Hall of Famer and current chairman of the Chinese Basketball Association, is now the focal point of a Chinese blacklisting of the NBA.

The events which resulted in China’s hostility towards the NBA are complicated, unusual and not yet fully resolved, but one thing is sure — NBA leadership has to more seriously consider the intersection of sports, business and politics.

To recap — Houston Rockets general manager Daryl Morey posted an image on Twitter on Oct. 4 that read, “Fight for Freedom. Stand with Hong Kong,” as a gesture of support for the Hong Kong protesters against further control from the Chinese central government. Morey quickly deleted the tweet, but the damage was done.

In response to the tweet, the Chinese Basketball Association, led by Yao Ming, vowed to stop all cooperation with the Rockets. Chinese media said that they will not air Rockets games and the Chinese consulate in Houston released a statement condemning Morey and the team.

Domestically, the most prominent responses came from Rockets owner Tilman Fertitta and NBA Commissioner Adam Silver. Both immediately distanced themselves and their respective organizations from Morey’s tweet. Silver’s official statement essentially apologized to China for Morey’s actions, while also defending his freedom of speech, a playing of both sides which has proven wildly ineffective.

Many in the United States, ranging from basketball fans to lawmakers, voiced their dissatisfaction with Silver’s appeasement of China. On the other hand, China’s state-run CCTV clearly thought that the NBA did not come down hard enough on Morey. They doubled down on their initial response, saying that they will not allow any NBA games on the air.

This move forced a second statement from Silver:

“It is inevitable that people around the world — including from America and China — will have different viewpoints over different issues.” Silver said, “It is not the role of the NBA to adjudicate those differences. However, the NBA will not put itself in a position of regulating what players, employees and team owners say or will not say on these issues.”

How this will all play out is unclear, but one thing is certain — Silver’s approach thus far has been extremely misguided. His attempt to straddle both sides of this controversy reveals a willful ignorance motivated by all the wrong reasons. In trying to please everyone, Silver has abandoned the responsibility of moral decision making and consequently comes across as having no principles upon which to stand. His lack of conviction against what these Chinese companies are trying to do only emboldens their efforts at indirect censorship, allowing the NBA to become a compliant hostage to China’s political will.

And his motivation? Money.

The NBA market in China is massive. China represents about $4 billion of revenue for the NBA, just below half of its total annual revenue. About 500 million Chinese citizens watched the NBA on Tencent, a Chinese platform which is now boycotting the NBA. Additionally, Chinese sports apparel companies that work closely with the NBA are also cutting ties. Faced with losing this large market, Adam Silver has done everything he can to appease the Chinese government, a move which only supports its efforts to censor and control the narrative told about the protests in Hong Kong. Ironically, it is this same type of government strong-arming that is at the heart of the protests.

At some point, Silver cannot sit on both sides of this fence. As the leader of an American sports league, he should know when to put his foot down and not only uphold but actively support the values of democracy and free speech. His inability to confront China and its efforts to manipulate the NBA for its own political gain is a damning picture of Silver’s ability to manage a professional sports league.

His apologetic statements are a bending of the knee and have turned the NBA into an extended branch of China’s propaganda machine. One can only hope that he changes his attitude and provides the proper outspoken opposition to China’s attempts at controlling an American organization and its employees.

For the United States, this issue goes far beyond the protests in Hong Kong. This is about China and Chinese companies telling an American citizen what they can and can’t say and using their economic power to enforce it. This sets a dangerous precedent and must be confronted with vigor. The NBA should be setting the example that fundamental values will not be forgotten for the sake of foreign money.