Unpacking Pitt’s appeal as a campaign stop for 2020 candidates 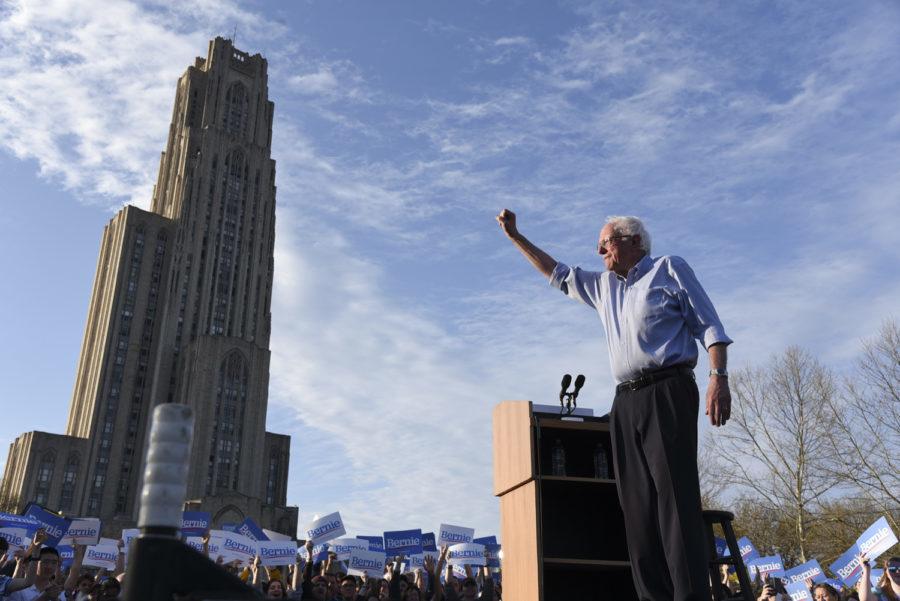 Hannah Goldstein was thrilled to learn she’d get the chance to see two 2020 presidential hopefuls in the span of a week.

“I have always loved and been fascinated by politics so when the candidates visited, it was really exciting for me,” Goldstein said. “I am a person who believes strongly that your vote really does matter, and having them come to my school and want to answer our questions, I think that really demonstrates that they want us.”

In the 2020 presidential election, young adults aged 18 to 23 will comprise 10% of the voting-age population, according to a study from the Pew Research Center. Klobuchar, O’Rourke and Bernie Sanders, I-Vt. — who visited Oakland on Sept. 28, Sept. 24 and last April, respectively — aimed to drive up enthusiasm in this age group, which historically has a low voter turnout.

Voters in Pennsylvania won’t go to the polls for the primary until April 2020, unlike traditional battleground states like Iowa and New Hampshire where voting happens in early February. But several candidates have visited Pitt — in fact, almost every candidate who’s come to Pittsburgh as part of the 2020 presidential campaign has made a stop in Oakland.

Chris Bonneau, an associate professor of political science at Pitt, said that Democratic candidates visit college campuses like Pitt because they see a large swath of voters receptive to the Democratic Party’s message.

“They are trying to appeal to younger voters who are composing an increasingly larger share of the voting-age population,” Bonneau said. “It’s also a group who historically doesn’t vote in large numbers, so I think they see a lot of opportunity there in terms of getting people interested.”

Statistics back up Bonneau’s point. According to U.S. Census Bureau data, young voters aged 18 to 29 have had the lowest voter turnout and have historically made up the lowest percentage of overall voters. But for the same age group, participation in the 2018 midterm election skyrocketed from 20% to 36% compared to the 2014 midterm — the largest percentage point increase for any age group.

These young voters also tend to vote Democratic. In the 2018 election, young voters favored Democratic House candidates by a 35-point margin. Bonneau said that this is the reason Democrats visit a campus filled with young students and Republicans avoid it.

“Bernie and Beto are both trying to reinvigorate the youth vote and trying to get students registered and interested. That’s good for their campaign and it’s good for the Democratic Party,” Bonneau said. “On the other hand, the last thing a Republican wants to do is drive up voter turnout on a college campus. That would not be a good strategy for them.”

Republican politicians do have an electoral strategy, though. According to an analysis by Business Insider, the demographic that propelled Donald Trump to victory in 2016 was his core base of white, rural and uneducated voters — a demographic not as prevalent on college campuses.

While Pitt’s College Republicans declined to comment on the matter, Grace DuBois, a senior political science major and president of Pitt College Democrats, speculated on why Trump might visit Oakland less than his Democratic opponents.

DuBois said she believes Trump might want avoid the protests that met him last year following the Tree of Life shooting.

“I think part of this issue is that when he came here after the Tree of Life shooting, there was a pushback and protests against him, and I don’t think he’s willing to face that again,” DuBois said.

Beyond just Oakland, the City of Pittsburgh as a whole is famous for its historical roots in organized labor — an essential voting block for candidates in both political parties. Perhaps more importantly, it is located in Pennsylvania, a swing state that helped secure Trump’s victory in 2016, Bonneau said.

“Pittsburgh is a pretty important city, and if you’re going to win Pennsylvania, you have to drive up the vote in Allegheny County and Philadelphia,” Bonneau said. “Given the importance of Pennsylvania as a key to winning a general election, it makes sense for people to come early and drive up enthusiasm for their campaign.”

This increase in enthusiasm driven by campaign rallies is palpable among students and, in some cases, helps inform their vote. Goldstein said the events O’Rourke and Klobuchar hosted changed her opinion, both for the better and worse, about the candidates.

“I thought [Klobuchar] gave the political spiel and it was monotone,” Goldstein said. “Beto is a much more invigorating candidate because he is younger and more passionate.”

DuBois said the College Democrats have reached out to higher profile candidates, including Elizabeth Warren, Bernie Sanders for a second appearance, Cory Booker, Pete Buttigeg and Kamala Harris, who she hopes will visit in the spring semester. Unaffiliated with the College Democrats, Joe Biden is coming to Pittsburgh in November, though the location remains unannounced.

Bonneau said these campaign stops are a good opportunity for Pitt students and other Pittsburghers to see the political process in action.

“It’s a chance to learn about the candidates. It’s a chance to see someone who might be president someday,” Bonneau said. “It’s a neat thing to do and something that a lot of people don’t get the chance to do.”

Goldstein said she is excited to see any candidate who aspires to be president, including Biden in one month.

“Joe Biden is coming in a month and I will totally go just to have that experience,” Goldstein said. “It’s not every day that three different political candidates come to your city.”