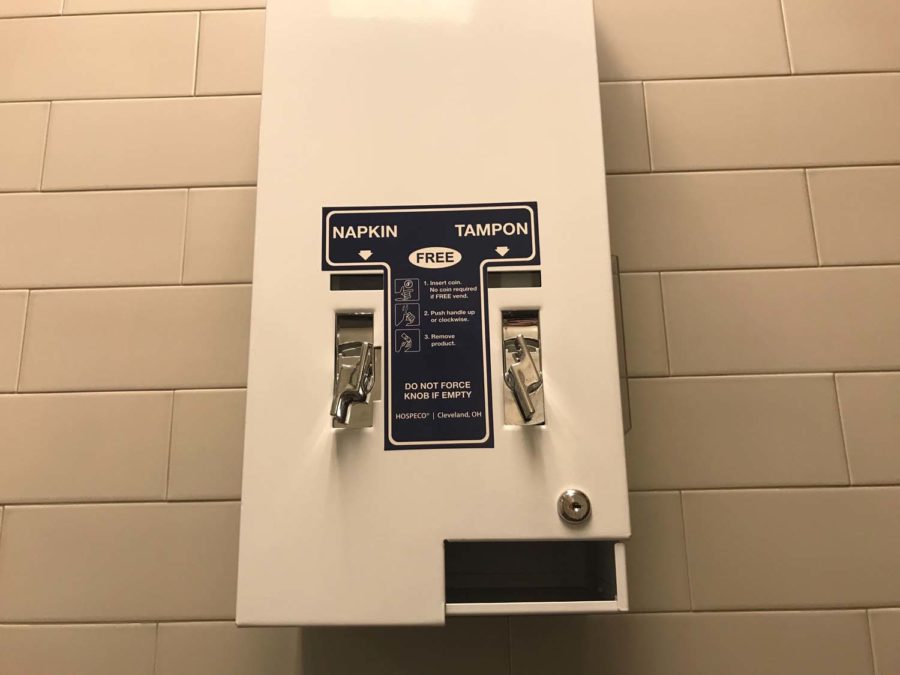 The pad and tampon dispensers in women’s bathrooms across campus have sat empty for years. But check again — Pitt is stocking a number of bathrooms with menstrual products, and there’s no payment required.

Pitt facilities management installed new menstrual product dispensers in 23 women’s bathrooms in nine different buildings on campus in September. As of last week, the dispensers are functional and free for the University community to use, and Pitt said it will continue to stock the dispensers throughout the year.

Kathleen Koesarie, a Pitt medical student and a graduate of the public health program, said it’s important that students who need menstrual products have access to them without leaving school to buy an entire pack of pads or tampons.

Additional dispensers, installed earlier this year, are located in Sutherland Hall and Towers lobby along with floors two through seven of the Public Health Building.

Pitt installed the dispensers in response to research and advocacy by Koesarie and two other graduate students in Pitt Public Health, Lauren Risser and Samantha Totoni, who questioned the empty dispensers they saw in Pitt’s bathrooms. Through a community health course taught by Martha Terry, an associate professor in the school of public health, the women developed an event called “Your Stories, Period” earlier this year where they invited passersby to add their menstruation stories to an exhibit. Pictures of the exhibit, along with documentation of the group’s other period advocacy efforts, are on Instagram @periodpittpublichealth.

“My girlfriend got hers unexpectedly and used a sock to absorb the blood,” one person wrote.

“I have been able to rely on the generosity of fellow women for an emergency pad or tampon,” another wrote.

The women first conducted a pilot program in the spring, installing free pad and tampon dispensers on six floors of the Public Health Building and tracking the level of usage each received. They found the dispensers were being used, though not overused, Koesarie said.

They took their results to a meeting with Pitt administration, where they found that Pitt was receptive to their idea. In fact, two residence halls, Sutherland and Towers, each already had one bathroom with free menstrual products as of this past summer. At the meeting, the students and administrators hashed out a plan to bring them to academic buildings as well.

Pitt had stopped stocking the bathrooms years ago due to a number of issues, including lack of use and vandalism. Koesarie said she thinks one reason the machines fell out of use was because students tend not to carry quarters around, so they weren’t able to use the dispensers when they needed one.

“[At the meeting, Pitt said] it was difficult with the quarter system and that they could get jammed, and that they were being vandalized in the past and that people would try to get money from them. When we talked to them, we were like, ‘Okay, great, because we want them to be free anyway!’” Koesarie said.