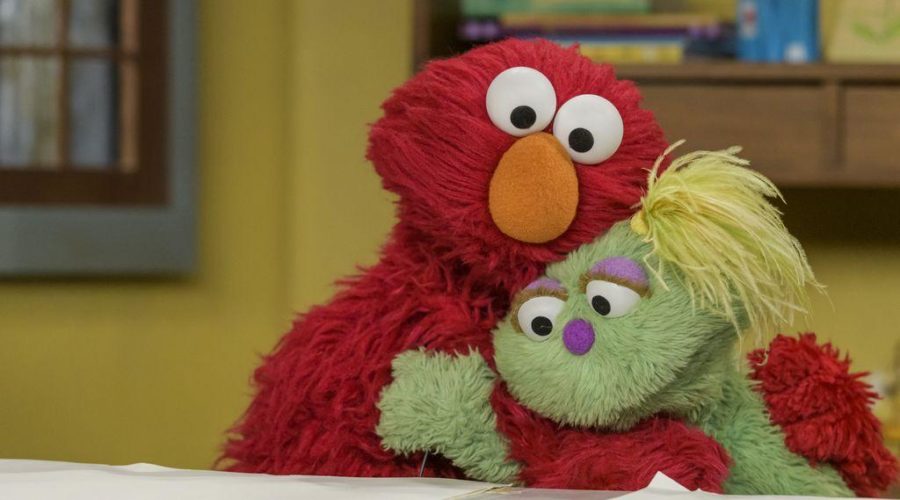 “Sesame Street” introduced Karli, a muppet with a parent struggling with addiction, in May.

There’s quite literally a new character on the street.

“Sesame Street” introduced Karli, a 6-and-a-half-year-old green muppet, in May. She revealed last week that she’s in foster care because, as she puts it, her mom is “away for a while because she had a grown-up problem.” This “grown-up problem” is addiction.

Of course controversy arose following the episode. Some feel that exposing such young children to the concept of addiction is unnecessary and harmful. But one in every eight children under the age of 11 lives at home with a parent who struggles with some kind of substance abuse disorder, according to the Sesame Workshop Organization. These statistics don’t point toward unnecessary exposure. On the contrary, they show exactly why “Sesame Street” should be commended for its efforts.

Addiction is a disease, not a choice — though some don’t see it that way. Luckily, “Sesame Street” does and has made a point to refer to it as an illness. This is especially helpful for children who have parents battling addiction, as it shows them that what their parents battle isn’t a choice, and it isn’t a reflection of how much they are loved.

“I love my mom so much,” Karli the muppet says. “She couldn’t take good care of me because she was having such a tough time.”

Modeling is one of the greatest ways to teach children empathy, according to the Harvard Make Caring Common Project. Modeling empathy and understanding is exactly what “Sesame Street” does by introducing Karli and the situation she faces at home.

In addition to empathy, her character also provides support for the children who have loved ones struggling with addiction. Karli has, and will continue to, suggest coping mechanisms for children suffering. In an interview on the “Today” show, the muppet talks about the benefits of deep breathing to relax, as well as journaling.

Karli also emphasizes the importance of talking about feelings, rather than holding them in. This is beneficial for all children, not just those affected by addiction.

This new muppet isn’t the first controversial character that “Sesame Street” has introduced. A girl battling food insecurity, Lily, showed up briefly in 2011. A few years later, Alex, who has an incarcerated parent, was introduced. Julia, the muppet on the autism spectrum, joined “Sesame Street” in 2016. Children have benefited greatly from these other characters, feeling more understood and represented.

We are heavily influenced by what we see on TV. Young children are even more susceptible to this, and that’s why it is the perfect time to shape their ideas of addiction and teach coping mechanisms. “Sesame Street” was exactly right to introduce Karli. It should be applauded.