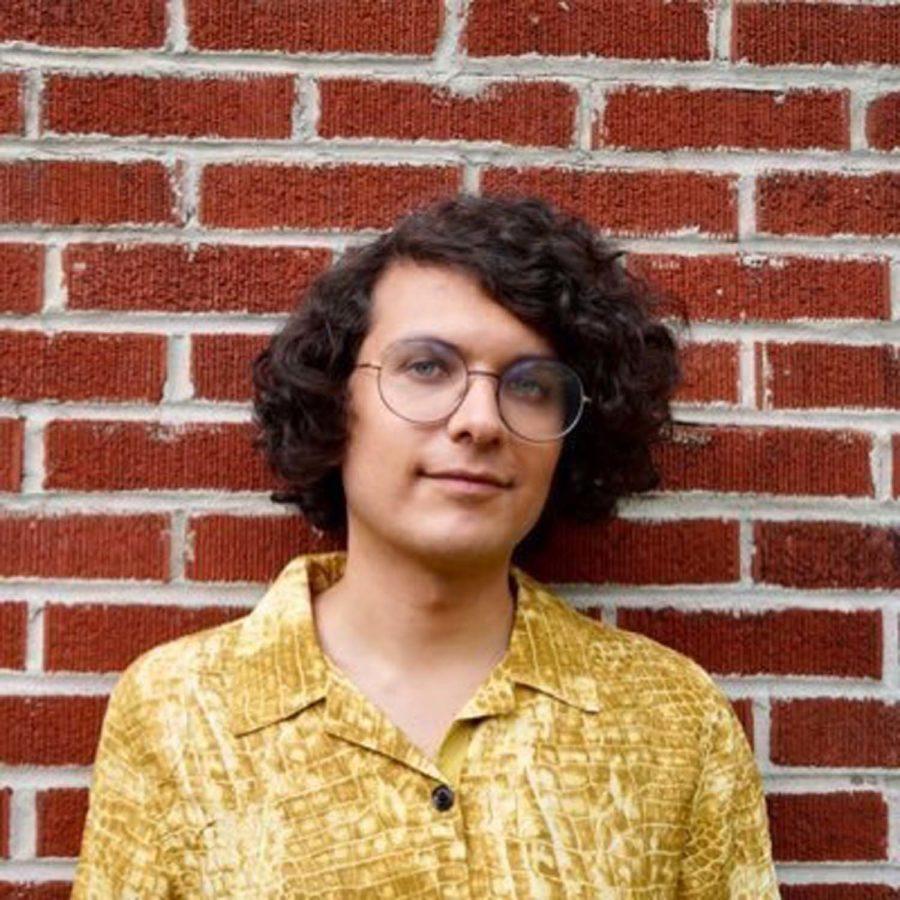 Jules Gill-Peterson, an assistant professor of English and gender, sexualtiy and women’s studies at Pitt, is the author of “Histories of the Transgender Child.”

By Sinead McDevitt, For the Pitt News

Jules Gill-Peterson said in a talk Thursday afternoon that she is well aware of the timeliness of her new book, “Histories of the Transgender Child.”

“It’s not lost on me that only several days ago, the Supreme Court heard oral arguments on a matter that will determine whether or not trans people enjoy any basic civil rights protections,” she said. “Then closer to home, here in Pittsburgh, we’re still processing the death of Elisha Stanley … despite there being an ongoing crisis of murder and violence against black and brown trans women.”

An assistant professor of English and gender, sexuality and women’s studies at Pitt, Gill-Peterson used archival evidence from throughout the 20th century — uncovered over the course of five years of researching and writing — to argue that transgender children have always existed. As Gill-Peterson asserts in “Histories of the Transgender Child” there is not, as anti-trans advocates would insist, a sudden increase in children who identify as trans.

The book also asserts that medical gatekeeping, the practice of dismissing someone’s identity as a trans person because they do not show certain traits, has been harmful to trans children — especially trans people of color.

Gill-Peterson discussed her book with a crowd of about 30 people, in an event hosted by the University Library System as part of their Faculty Book Talk series — held in the Hillman Library during the Fall and Spring semesters. The talk consisted of a reading of a chapter from the book, followed by a Q&A session.

At the event, Gill-Peterson read letters written by a trans girl in the ’60s under the pseudonym “Vicki” to a medical practice, which detail her desire to recieve a sex change. The letters she received in return consistently told her that she needed to “be patient, finish your education and see how you feel once you are mature.”

Megan Massanelli, who works in the archives and special collections at the University Library System, said she was interested in Gill-Peterson’s talk as an opportunity to learn about the  author’s research and the sources she used, such as the letters trans people wrote to medical practices requesting approval for hormone therapy.

“It had never occurred to me that people would write letters to some of these doctors that they have the archives for,” she said. “As someone who processes, describes and arranges historical collections like the ones at the Kinsey Institute, I’m always kind of curious how to call those out so that researchers can find them when they’re looking for them.”

During the Q&A portion, audience members repeatedly asked Gill-Peterson about her researching process and the difficulties she encountered in knowing where to look for primary sources.

“The main [obstacle] was just lack of available evidence,” she said. “So trying to figure out what kinds of archives could tell histories about people who we didn’t even necessarily know anything about … or if they used the same language about trans identities today,” she said.

Gill-Peterson’s next project is called “Gender Underground: A History of Trans DIY,” a book in which she seeks to create an oral history of the various do-it-yourself practices employed by trans people in the 20th century. When asked about a relationship between the two projects, Gill-Peterson said that her goal for the second book is to find information about the lives of trans people that couldn’t be found in a medical archive.

“In this new project, I’m trying to not use any medical archives at all, and find other kinds that can do the kind of work that I wasn’t able to do in the first book,” Gill-Peterson said. “There’s sort of a kind of call and response between the two projects.”

Peter Campbell, an assistant professor in the English department who attended the talk, said he heard parts of the book as it was still a work in progress.

“I’ve been lucky enough to see her present sections and pieces of the work as it was ongoing,” he said. “I was aware of the literature around the historicization of trans identity, but I was not aware of a lot of what Gill-Peterson has found through her archival research into the histories of transgender children specifically.”

Massanelli said she noticed the effect a growing number of people researching transgender history, such as Gill-Peterson, has on LGBTQ+ students, who may not have seen themselves represented before in research.

“I’ve worked with a lot of students who are thrilled to see themselves in the archives and inspired to create their own zines or newsletters,” Massanelli said.

“I call in the book for adults to learn to listen, to respect trans children as people, not turn to them for some explanation of what gender is, and to learn to desire their existence,” she said. “To want them in the world. In short, to like them.”