Column: LeBron is all for activism — until it’s an inconvenience 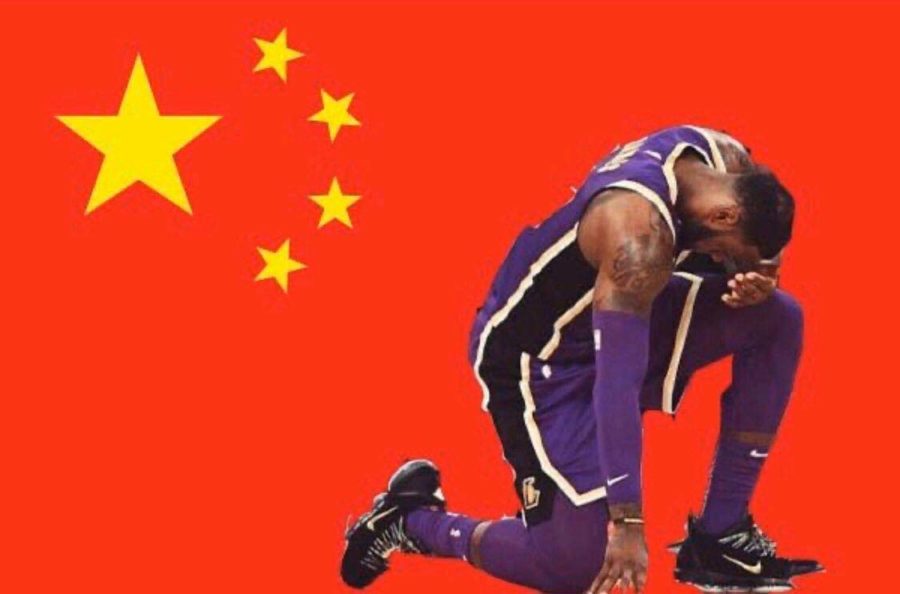 Lebron James answered questions about the NBA’s current tension with China at a press conference on Monday.

Since Houston Rockets general manager Daryl Morey tweeted a quickly deleted image on Oct. 4 that read “Fight for freedom, stand with Hong Kong,” resulting in a Chinese backlash and blacklisting of the organization, the NBA has timidly tiptoed around the issue out of fear of losing further business overseas. “I don’t know enough about the situation to comment” has become the go-to deflective statement for the league’s coaches and players — until Monday night.

To summarize, protesters in Hong Kong have clashed with police over a bill introduced last March that would have allowed for the extradition of criminal suspects in Hong Kong to mainland China, thus undermining the region’s already fragile autonomy. The concern was that China, which already oversees Hong Kong as a special administrative region, would use the legislation to prosecute and silence those seeking greater civil liberties in Hong Kong. China’s brash reaction to Morey’s tweet exemplified the country’s heightened sensitivity toward the matter.

LeBron James — long considered one of the NBA’s foremost activists and outspoken voices on social issues — held an impromptu press conference ahead of the Los Angeles Lakers’ preseason game on Monday night. For the first time since Morey’s tweet and the ensuing Chinese restrictions, he opened himself up to questions regarding the situation.

What followed was a stunning display of tone-deafness and lack of awareness from an individual typically praised for his hard-hitting sociopolitical commentary.

“Yes, we all have freedom of speech, but at times, there are ramifications for the negative that can happen when you’re not thinking about others and only thinking about yourself,” James said. “I don’t want to get into … a word feud with [Morey], but I believe he wasn’t educated about the situation at hand, and he spoke.”

There are several levels of irony to unpack with this statement alone. For one, it’s ignorant for James to assume that Morey wasn’t educated on the Hong Kong protests when he decided to tweet the image. Per The Ringer, Morey was concerned about the safety of his friends in the city, as increasingly violent protests against the controversial proposed bill have taken place in the area since April. Morey wasn’t thinking about himself — the issue was personal for him and involved concern for colleagues, something James didn’t seem to know before he chose to ridicule him.

In other words, James wasn’t educated about the situation at hand, and he spoke.

If anything, James comes out of this looking like the one thinking about only himself. He issued a tweet shortly after the interview that tried to explain and backtrack upon his statements, but it only added fuel to the fire.

“My team and this league just went through a difficult week. I think people need to understand what a tweet or statement can do to others,” James said. “And I believe nobody stopped and considered what would happen. Could have waited a week to send it.”

The “difficult week” references the fact that James and his Laker teammates had to play a preseason game in China shortly after the Morey-China inciting incident, putting themselves in an admittedly awkward situation. The Chinese government censored the game entirely throughout its country, and afterward strong-armed the NBA into eliminating any media availability. It’s true that the whole conundrum put James in a stressful situation.

But again, it’s ironic that James’ primary concern is how his own life was temporarily inconvenienced by the social activism of another. Here you have an athlete who previously used his platform to brazenly pioneer countless causes in the past. He put his hood up to protest the unjust killing of Trayvon Martin in 2012. He once wore a pregame shirt that read “I can’t breathe” in solidarity with those who protested the 2014 murder of Eric Garner by police. He was an outspoken supporter of Colin Kaepernick’s kneeling for the national anthem to protest police brutality.

In these cases, James wasted no time in rushing to the forefront to support such movements. But when someone else’s activism presents an inconvenience to his personal life — or an impediment to his international brand — they apparently need to “wait a week” to voice their opinion.

Twitter users quickly dug up an old post from James that further exposed his hypocrisy in the matter.

“Injustice anywhere is a threat to justice everywhere,” he tweeted on Martin Luther King Jr. Day in 2018. “Our lives begin to end the day we become silent about things that matter.”

It seems that by “anywhere,” James may have just meant America. Because the stance he established on Monday made it clear he’s just another cog in the Chinese censorship machine, too afraid to say anything the slightest bit negative about a foreign government that petulantly blacklisted an entire organization because of a single tweet.

If James didn’t want to speak out against the Chinese government, that’s fine. He didn’t have to call the interview at all, or he could’ve just deflected the media’s questions with vague excuses like his peers. But for James to actively criticize Morey was an unexpected twist.

Ideally, it would’ve been nice to see the face of the NBA and the league’s resident “Woke King” at least say something like, “I might not have all the facts, but it seems like the Chinese government may have overreacted to the opinion of one individual. And I don’t have a problem with Morey’s motive in supporting those fighting for their individual rights.”

One would think that James, like Morey, might even support those protesting in Hong Kong. He knows a thing or two about the power of bills — just last month he invited California Gov. Gavin Newsom on his HBO show “The Shop” to sign a landmark bill that will allow college athletes in California to profit off their own likeness for the first time starting in 2023. That bill was to liberate while the other was to oppress, but the point remains that James should have more in common with the Hong Kong protesters than the regime that they’re protesting against.

James could’ve used Monday night’s media session to add to his humanitarian resumé. Instead, he cast a pall over his image and motives, one that can only be removed after a formal apology which will likely come in the following weeks.

“Yes, we do have freedom of speech, but there can be a lot of negative that comes with that too,” James said.

He certainly found that out the hard way on Monday night.