Academic calendar and religious, cultural traditions conflict for some 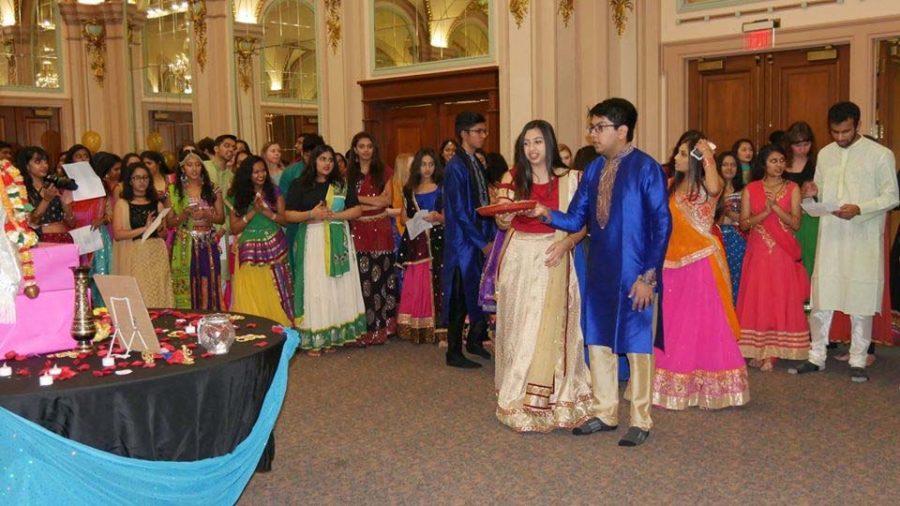 Most Christian students don’t run into problems scheduling celebrations on major religious holidays — the school calendar is built with a break for Christmas, and Easter falls on a Sunday each year. But students of other religions sometimes find a conflict between their academic calendars and their religious ones.

While some students say it’s not difficult to find arrangements that make them and their instructors happy, others say they sometimes feel forced to choose between religion and school. Some Jewish students report difficulties with professors and classes around the High Holy Days, and Hindu and Muslim students can feel the pressure too. University events can also conflict with cultural celebrations like Chinese New Year.

Shreeman Pericherla, a sophomore neuroscience major and secretary of the Hindu Student Council, said he would have loved to go home during Navratri, a nine-day autumn celebration of the victory of good over evil, to celebrate with his family this year — but he had a midterm. So Pericherla, as he does during many Hindu holidays, stayed on campus.

“Who wouldn’t want to go home and see their parents?” Pericherla said. “That’s what these holidays are for, to celebrate with our families and friends. That’s something we can’t do.”

Jon Wan, a junior psychology major, said he can’t go home for Chinese New Year in January or February because he is simply too busy with school.

“I usually have to stay in school because it’s exam time,” Wan said. “I’m not missing school to go back home for a day or two … it’s not worth it.”

Even still, Wan misses being at home for celebrations. He said he sees his friends celebrating on social media and it makes him feel like he’s missing out.

Rayhana Aldubaisi, a sophomore pre-EMS student and vice president of the Muslim Student Association, said celebrating a holiday like Eid al-Fitr isn’t the same when she can’t go home.

“When I’m here, it’s almost nothing … I just go to the mosque and pray,” Aldubaisi said. “When I’m back home, we pray, we go to visit family. It’s a time to unite.”

Pericherla recognizes the difficulties associated with scheduling exams, he said.

“I always understand that accommodating people can be hard,” Pericherla said. “But it’s the duty of the University to make them feel welcome.”

Some students, however, don’t even feel comfortable asking. Pericherla said he didn’t want to be singled out if he asked for accommodations. He was worried about being misunderstood. Pericherla said that there are many regional holidays in Hindu tradition, meaning very few students would be celebrating with him.

“I’d be afraid to ask my professor,” Pericherla said. “If every Hindu did it it would be a different thing. But if it’s just me then now you’re being a pain in [the professor’s] butt.”

Pitt’s guidelines for religious observances recommend faculty work with students to reach “mutually agreeable arrangements,” and suggest professors encourage students to reach out to them early in the semester if they need accommodations. University spokesman Kevin Zwick echoed the guidelines in a Wednesday email.

“Pitt strives to create an environment where students and faculty can reach mutually agreeable arrangements to reschedule the academic activity or provide a substitute activity or evaluation,” Zwick said. “Faculty members are notified that students should not be penalized for absences.”

Aldubaisi said she personally had no problems making other arrangements when important dates fell on religious holidays. When a quiz in one of her classes was scheduled for Eid al-Fitr, she said, she talked to her TA and arranged to take the quiz at another time.

But missing instructional class time for a religious observance can be another matter, Aldubaisi said, even if students do make arrangements to protect their grades. As a result, some students choose to not observe holidays to make way for academic responsibilities.

“If you can ask the professor for a few days off, they would be fine with that,” Aldubaisi said. “But … it decreases [the student’s] ability to keep up with the class … because we don’t have a vacation for every student.”

Pericherla said the structure of the academic calendar makes it difficult for non-Christians to find time to celebrate their holidays.

“Everyone gets off for Christmas break,” Pericherla said. “They call it winter break, but let’s be honest, it’s for that specific purpose.”

Pericherla feels this poses a challenge to students of other religions. Students feel stuck between religion and school — each carrying an important weight in their lives. Khushana Chaudhri, president of the Muslim Student Association and a senior communications major, said it can be difficult to be religious during Ramadan.

“Even though you’re going through this whole spirituality journey,” Chaudhri said, “you still have to go about your day-to-day life.”

In contrast, Swathi Tata, a junior neuroscience major, said while she sometimes has to put religion to the side, focusing on her education is a part of her faith.

“A big part of Hinduism is your duty as a student is to do well in your studies,” Tata said. “So I feel like it’s a continuation of my faith to focus on school.”

Diwali, the Hindu celebration of lights, falls on Oct. 27 this year. Students at Pitt can celebrate the festival along with Indian student organizations, but will miss out on family celebrations at home. Pericherla has an exam the next day this semester, so he can’t go home to celebrate. Tata said Diwali doesn’t feel the same stuck in the stress of midterms.

“[Diwali] is really really fun … [but] it usually falls around the time of midterms or exams,” Tata said. “It’s just not a fun time … [and] it’s not like everyone around you is celebrating.”

And unlike the Gregorian calendar used by the Western world, Muslim holidays follow a lunar calendar. This means that every year the day of the holiday shifts around. This spring, Ramadan — celebrated for a month by fasting while the sun is up — will begin the Thursday of finals week. Each year after that, it will inch earlier in the year — starting in 2021, Ramadan will take place during the academic year.

Aldubaisi said she was concerned about potentially taking finals while fasting.

“It’s gonna be really tiring because I’m going to have to fast and take finals,” Aldubaisi said. “I’m really worried.”

In contrast, Chaudhri said she would be excited to celebrate Ramadan at school.

“It’s more exciting to spend time with your friends who also have the same values and who are also participating,” Chaudhri said.

Balancing his Hinduism with school isn’t easy, Pericherla said. Sometimes it feels like the two are in conflict.

“It’s like you have to pick one or the other. You can pick one but at the expense of the other,” Pericherla said. “I don’t think it’s possible, as other religions have it, to have the best of both worlds.”