The Pitt Prescription is a bi-weekly blog where student pharmacist and Senior Staff Writer Elizabeth Donnelly provides tips on how to stay healthy in college. 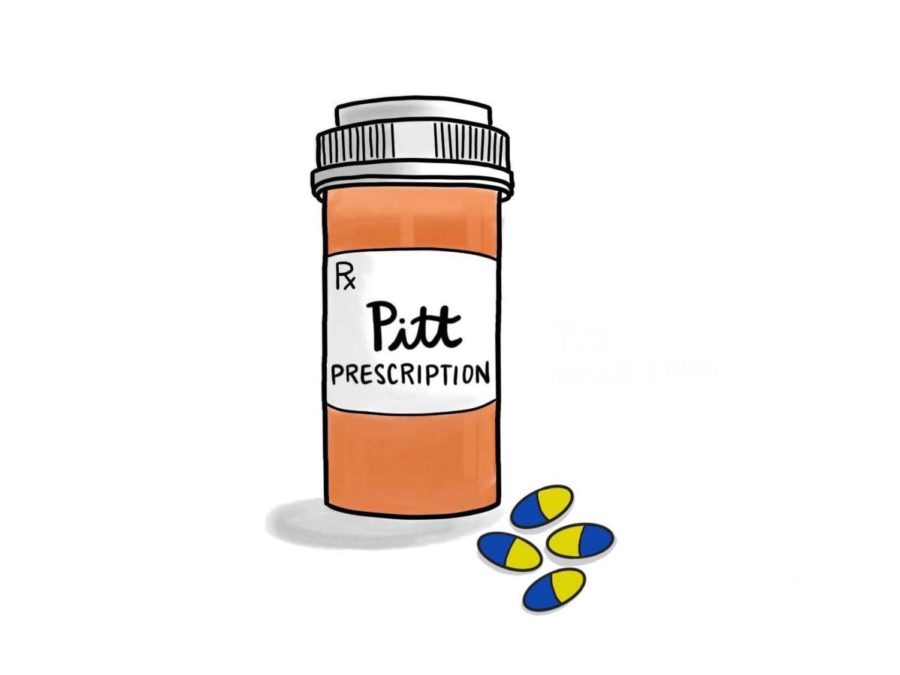 Fall is a wonderful season filled with delightful festivities such as pumpkin patches, apple picking, haunted houses and most importantly — Halloweekend.

For those of you who are unaware, Halloweekend is the weekend — or weekends — closest to Halloween. It is a time for many college students to dress up, hang out with friends and go to spooky parties. Many of these parties offer alcoholic beverages to their guests, making the following day a scary situation in and of itself.

According to Medical News Today, hangovers are mainly caused by dehydration associated with consumption of ethanol, alcohol’s active ingredient. Ethanol causes you to go to the bathroom more often, therefore causing loss of more liquid than normal which leads to dehydration. According to the CDC, dehydration can result in unclear thinking and mood changes, as well as causing your body to overheat.

Medical News Today says ethanol causes more than just dehydration. Drinking large quantities of alcohol, and therefore consuming a lot of ethanol, can lead to irritation and inflammation of your stomach lining, which often produces a build-up of gastric acid. This is the main reason people get nauseous and/or vomit after drinking alcohol.
While there are many tips and tricks out there to cure or prevent hangovers, the majority of them have no scientific backing and ultimately will not aid someone who has consumed alcohol.

Now, please do not hate me for saying this, but the only real way to prevent getting a hangover is to not binge drink alcohol. If you drink in moderation, drink lots of water and consume safely, then there is a good chance you’ll get off hangover-free. However, if you choose not to follow this advice, there are some hacks to have a less painful time.

Hacks for BEFORE alcohol consumption:

Make sure you eat before drinking alcohol. According to Mayo Clinic, drinking on an empty stomach is a bad idea because it speeds up your body’s absorption of alcohol. This basically means you get drunk quicker and with less alcohol (even though this sounds ideal, especially for those who don’t want to spend a pretty penny on drinks, this is the main cause of nausea and vomiting — there is nothing in your stomach to prevent or lessen the irritation or inflammation that comes with alcohol).
Avoid the use of any other drugs while drinking — like nicotine. Mayo Clinic says that smoking combined with drinking can lead to more misery and heightened hangover side effects the next day.
Choose your drink carefully. According to Mayo Clinic, darker-colored alcoholic beverages often contain many more congeners (impurities/toxins produced during the fermentation process), which can lead to more significant and severe hangover symptoms. Examples of dark alcohols are red wine, bourbon, whiskey and brandy. If you want to avoid these, stick to light alcohol like white wine, rum, vodka and gin (in moderation).

If you didn’t get a chance to make these alterations before drinking, do not fret. There are some techniques that can help lessen hangovers. However, once again, the only real “cure” for a hangover is time itself.

Drink an increased amount of water. Since alcohol causes significant dehydration, drinking water and rehydrating your body is a MUST. It is recommended by Mayo Clinic to alternate between drinks and water on a night of heavy drinking. This will help reduce hangover symptoms caused by dehydration as well as stop you from over-drinking alcohol.
Stay away from greasy foods and focus on neutral, complex carbohydrates like toast, cereal and bread. According to Medical News Today, the traditional “morning after” breakfast consisting of eggs and bacon isn’t going to help your symptoms. In fact, it might make you feel more ill.
Replace your electrolytes using sports drinks. Excessive drinking and constant urination cause your body to lose a significant amount of electrolytes. This loss can work hand-in-hand with dehydration to lead to a hangover, so Medical News Today recommends drinks like Gatorade to help regain your electrolytes.
Finally, if everything else fails, you can take analgesics to assist with pain. According to Mayo Clinic, the use of nonsteroidal anti-inflammatory drugs is commonly seen with hangovers, however it can be dangerous to use them. Drugs like ibuprofen and aspirin can lead to increased stomach irritation and can cause bleeding, while drugs like acetaminophen negatively impact the liver and could cause liver damage when combined with alcohol. It is a general rule of thumb to ask your doctor or pharmacist if you should use these medications after a night of drinking. Keep in mind that you should never take over-the-counter pain medication while you are actively drinking if you have had three or more drinks, according to the FDA medication labels. Beware of over-the-counter medications labeled to treat hangovers. Be sure to read the label before taking them. Products like “Blowfish” contain aspirin and caffeine and are meant to be taken the morning after drinking, not while actively drinking (if more than three drinks) and as mentioned below can cause stomach upset, GI bleeding and more dehydration from the caffeine.

Finally, there are some “hacks” out there that flat-out do not work. These include the “hair of the dog” method where you drink alcohol the morning after a night out to ease the symptoms. Medical News Today says this method is ineffective and just delays the ultimate effects of a hangover. They also say that drinking coffee as a cure is a myth, and while caffeine may help you feel more alert, it will not lessen symptoms of a hangover (and it can actually cause more dehydration since caffeine is a diuretic). The same goes for energy drinks — they should not be consumed in conjunction with alcohol.

All in all, the most important takeaway is to DRINK RESPONSIBLY. While many college students think they won’t be affected by binge drinking at a young age, there is always the chance that serious or fatal side effects can occur. Stay safe and stay smart.