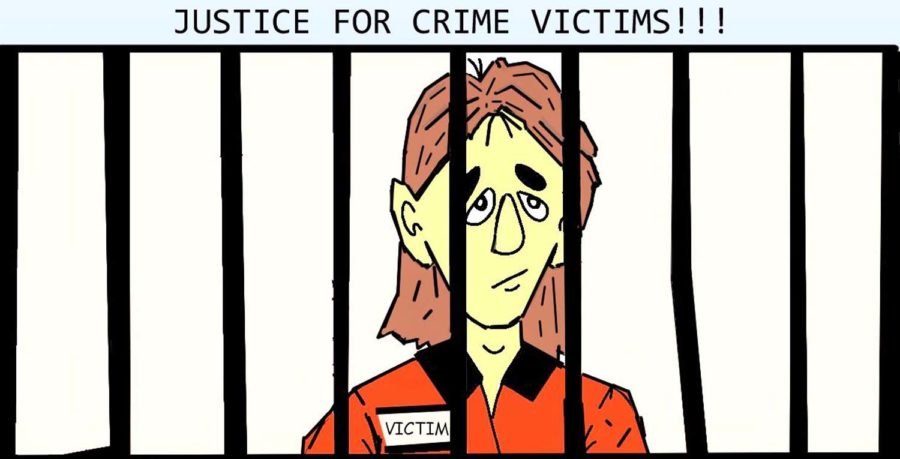 Only about 20% of people vote in local elections, though they’re often vital. When statewide local elections occur in Pennsylvania Nov. 5, there will be a very important issue on the ballot — it’s called the Pennsylvania Marsy’s Law Crime Victims Rights Amendment.

This proposed amendment seeks to add a section to the Pennsylvania constitution, granting rights — such as notification of a defendant’s release or bail — to victims of crime. A crime victim is defined as any person directly harmed by a crime, along with any person close with the victim, such as a spouse or parent.

It is absolutely imperative that crime victims get constitutional protection. As of now, Pennsylvania does not enshrine rights to victims of crimes, and this is a severe injustice that can be changed in the upcoming election. Several states have passed Marsy’s Law and it is past due that Pennsylvania does the same.

Marsy’s Law came about after a tragedy in 1983. Marsalee “Marsy” Nicholas, a student in California at the time, was stalked and killed by a jealous ex-boyfriend. One week later, Marsy’s mother and brother were approached by Marsy’s killer in a grocery store. He was released on bail only one week after the murder, and her parents were not aware of this, since it was not required by law for them to be made aware.

While her family was still grieving, they had to see in public the man who killed their daughter. They were deeply disturbed by this event, and in 2009, Henry Nicholas, Marsy’s brother, founded Marsy’s Law for All, a national organization advocating for Marsy’s Law across different states. The end goal is to amend the U.S. Constitution to include Marsy’s Law, which will make the crime victims’ rights equal to that of those accused of crimes.

Although not in the state’s constitution, Pennsylvania has a statute known as the Pennsylvania Crime Victims Act, which gives victims some protections. This act allows a crime victim to know when significant proceedings in their case occur, such as when the accused in the case is released or gets out on bail, among other things. However, Marsy’s Law would enshrine this statute within the Pennsylvania constitution, ensuring these protections reach all state residents.

These new rights include the right to refuse an interview by the accused, full restitution for any lost property or money, protection from the accused, information before probation of the accused is considered and the right to be heard at proceedings where a right of the victim is implicated — including release, sentencing and parole proceedings, among many other things.

In the 12 states that have already amended their constitutions to include Marsy’s Law, 10 had referendums where the voters approved the law with more than 60% in favor. A majority of the voting population favored Marsy’s Law in every state that held a referendum.

In Pennsylvania, support for Marsy’s Law appears to be quite high among a bipartisan mix of politicians, judges, police officers and other public officials. Earlier this year, when the state Senate and House of Representatives voted to have Marsy’s Law appear as a referendum, it passed 190-8 in the House and passed unanimously in the Senate.

Although Marsy’s Law is supported by a majority of the population every time it is voted on, there are still some that oppose the law. The two main arguments used against Marsy’s Law are that it covers too many issues for just one referendum question and that it may potentially reduce the rights of those accused of crimes. In fact, Montana and Kentucky have had their state justices overturn Marsy’s Law after a referendum, because of concerns over it being too widely encompassing.

However, these concerns are unfounded. All of the provisions within Marsy’s Law are necessary for crime victims, and if the people truly thought that there were too many things being voted on, they could simply vote no and our elected officials could modify the amendment. This will not be an issue, since a majority of voters always approve Marsy’s Law, and Pennsylvania’s politicians — on both sides — are no different.

The concern of Marsy’s Law taking away rights from the accused is also unfounded, since no constitutional provision can erode another constitutional provision, and the accused will always be assumed innocent until proven guilty. It is the prosecutor’s duty to prove guilt beyond a reasonable doubt, but now the victim will have greater protection and a greater say in court proceedings to ensure equality under the law.

Marsy’s Law is long overdue, but in the upcoming election, Pennsylvania will have a chance to change our legal system for the better and encourage other states and eventually the nation to embrace it.