J.J. Abbott: From the WPU to the state Capitol building 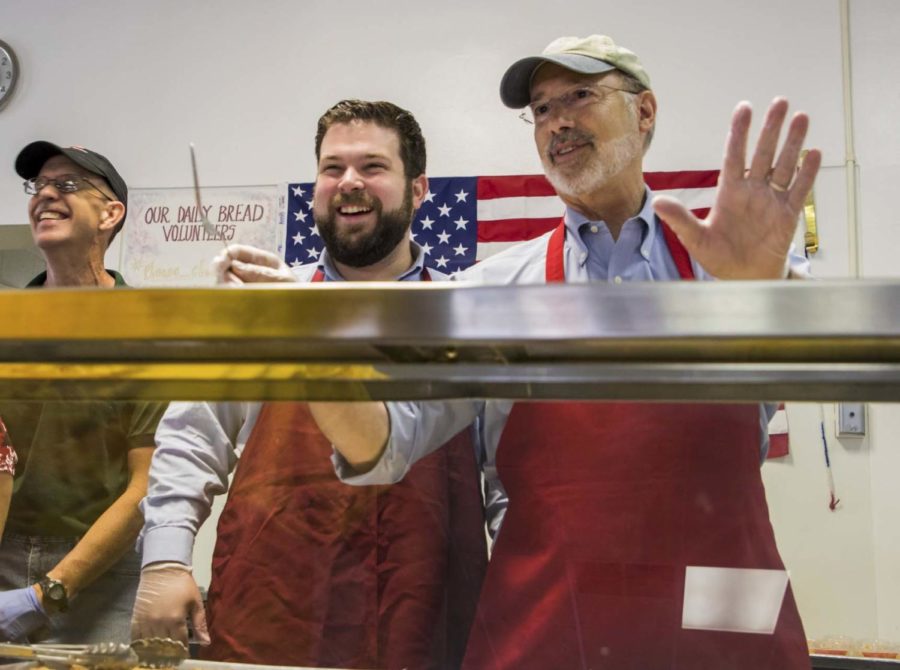 When J.J. Abbott stepped foot on Pitt’s Oakland campus for the first time as an incoming student, it was a sunny and “warm, but not too hot,” July day — meaning he was unprepared for the unpredictable nature of Pittsburgh’s other seasons when the academic year finally started.

“I always joke that I was sort of tricked into it because I didn’t know what the winter or rainy fall and spring would be like,” Abbott said.

Since then, Abbott, a native of the Philadelphia suburbs, has gotten used to unpredictability. The 2009 graduate of the College of Business Administration has held leadership positions across Pennsylvania during his academic and professional career and is currently serving as press secretary for Pennsylvania Gov. Tom Wolf.

He was an active student on campus, participating in both Student Government Board and Pitt Program Council. During his junior and senior years, he served first as PPC’s advertising director and then as executive board director.

Abbott credited his time at PPC for teaching him skills that he uses in his current job, such as leadership abilities and working on teams with people from diverse backgrounds. Although Abbott enjoyed his time with PPC, he admitted that it was a tough job.

“It was a really rewarding, but it was also a challenging job for me,” Abbott said. “It was really the first time for me that I had kind of a staff who I was responsible for helping to guide.”

Tom Misuraca, an assistant director of student life and PPC’s adviser, worked with Abbott during his time on the program council. Misuraca commended Abbott not only in regards to the work he did for PPC, but for his character.

“J.J. was a very informed and educated student,” Misuraca said. “I always admired his drive and his desire to do good things.”

After graduating from Pitt, Abbott worked for several local elected officials’ campaigns for office, including current Allegheny County Controller Chelsa Wagner. He then moved to Harrisburg and worked for then state Attorney General Kathleen Kane, before ultimately landing in the state Capitol.

In his role as the governor’s press secretary, Abbott manages all ingoing and outgoing media requests. He also works directly with the governor to make sure he’s prepared for media events. Some of the hardest aspects of Abbott’s work are the fast-paced and ever-changing media environment and the large number of employees the Commonwealth is responsible for.

Abbott said it was never his intention to work in politics — it was something he “fell into” when looking for jobs. His SGB experience gave him experience for the field. As well as being a member of SGB’s allocations committee, which controls the multi-million-dollar student activity fee, Abbott helped run SGB campaigns.

Max Greenwald, a 2010 graduate of the Dietrich School of Arts and Sciences, was one of the SGB candidates whose campaign Abbott helped run. Greenwald said Abbott acted like a campaign manager during his campaign for board member and was great to work with.

“Even though it was a student government campaign, he was engaged and excited and supportive … in a very easy going and likable and accessible manner,” Greenwald said.

Greenwald’s favorite memory of Abbott was the commencement speech delivered by Abbott at his April 2009 graduation, particularly his mention of the Pitt-Penn State rivalry.

“And even on the coldest, wettest, typical overcast day in Pittsburgh we were glad that we chose the Steel City over State College,” Abbott said in his address.

Abbott’s favorite memory from his years at Pitt was also his commencement address.

“[Commencement] was just a really amazing opportunity to speak in front of so many people,” Abbott said. “But to also kind of have the opportunity to represent all my friends and classmates as we left.”

Abbott said the most important thing he learned as an undergraduate was to make strong professional and personal relationships, as he sometimes finds himself working with people in media and government he knew while at Pitt.

“It’s unique to have those kinds of connections and maintain those relationships from college that are now really important to me in my career,” Abbott said.