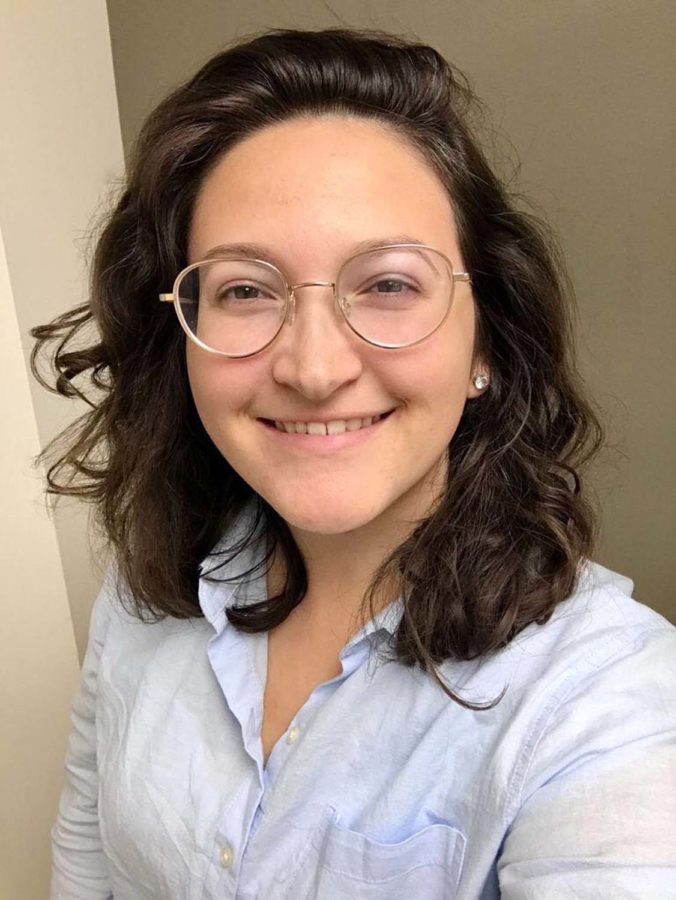 Emily Siegel, a current chemical engineering and biology student at Pitt, is the CEO of her own company, Trek Gum, which is in the market to develop a teeth-cleaning chewing gum.

Emily Siegel has always had an entrepreneurial streak when it came to sweet things.

Instead, it protects against them.

Siegel, a Pitt student who will be graduating in December with a double major in chemical engineering and biology, is also the CEO of her own company, Trek Gum, which is in its prototype phase and markets a teeth-cleaning gum. She came up with the idea for the product in a mandatory chemical engineering class about product design.

Students were tasked with coming up with a product to solve a problem — so Siegel turned to her own life.

“I was spending a lot of time outside of my house and not brushing a lot,” Siegel said.

Siegel needed something that was small, easy to use and portable. Gum was the perfect solution.

Don Morrison, former American Eagle president and CMO, is an entrepreneur in residence in the Pitt’s Big Idea Center and a personal mentor to Siegel. As an EIR, Morrison provides advice to students trying to start their own businesses.

But despite her early projects selling candy and cookies, entrepreneurship wasn’t Siegel’s original plan. Like many students, she came in pre-med but found another passion at college.

“When I came to Pitt I wanted to be a doctor,” Siegel said. “But deep inside I always loved entrepreneurialism.”

For fun, Siegel decided to submit her Trek gum idea to Pitt’s Big Idea Blitz — a 24-hour design competition held by Pitt’s Big Idea Center where student entrepreneurs can pitch an idea with a team. Siegel won first place. Realizing that she had a good idea on her hands, she grabbed a partner, Lauren Yocum, and competed in the Randall Family Big Idea Competition. Her idea got closer to reality when she won the top prize, complete with a $25,000 check.

With her competition success, Siegel got to work. First, she found her audience. According to research done by Hello Products, some millennials have gone more than two days without brushing their teeth — making busy millennials the target consumers for Trek. In the future, Siegel said, Trek will look at travelers and the military.

Some people use chewing gum as a temporary replacement for brushing their teeth, Siegel said. But according to Siegel, chewing ordinary gum is worse for your teeth than not brushing your teeth at all. Additionally, gum is usually made with synthetic plastics, making Trek a better alternative.

Siegel picks every ingredient with the environment in mind, she said. The gum works by using micro-abrasives to remove plaque and antimicrobials to kill bacteria — a two-sided approach that could replace a brushing session.

“I’m very sustainability-focused so anything that I use or will use has to be good for the environment,” Siegel said. “I don’t want to use synthetic materials unless I know they will degrade.”

Trek is meant to be an on-the-go solution. Eventually, however, Siegel hopes it will be a suitable replacement for brushing teeth.

The whole experience hasn’t been just winning competitions — there are challenges too. For one thing, Siegel doesn’t have a lot of mentors with experience in chemical entrepreneurship at Pitt. In addition, finding sustainable, environmentally friendly ingredients has proved challenging.

“You want to make sure that you’re buying things that are organic, that are natural, that are helpful to the environment,” Siegel said. “Trek’s going well … [but] it’s so much harder than I thought it would be.”

Once she solves the question of ingredient sourcing, Siegel knows exactly what she’ll do to create the product. Overall, Siegel said she feels “really blessed right now.”

“It’s been a fun journey just finding myself through it,” Siegel said. “I feel like I’ve finally found something that I’m really passionate about.”

Chewing gum isn’t the only thing Siegel’s passionate about — she also dreams of opening her own brewery. As a lover of craft beer, this would be an easy way to utilize her chemical engineering degree.

“My dream plan right now is … to sell [Trek] to someone who has the same morals … I would use that money to open a brewery,” Siegel said. “[A] brewery is still in the back of my mind but [Trek] is first priority.”

As for Trek, Siegel’s next step is to apply for accelerator programs — programs that take teams with start-up ideas and give them office space, mentors and lawyers. Their biggest advantage is the networking opportunities, she said.

Regardless of how things turn out, Eric Beckman, the professor of Siegel’s product design class, said he knows Siegel will be successful.

“Whether Emily’s first company does well or not, Emily will be fine,” Beckman said. “She’s got the skills and the talent.”

Between studying, starting a company and being a college student, Siegel has seen her life go in a direction she never expected, she said.

“It’s been very life-changing,” she said. “All this stuff that I didn’t think I’d ever be able to do, I just applied for it. When you put yourself out there a lot of things just fall in your lap.”