Black alumni, students dedicate time capsule to be opened in 2069 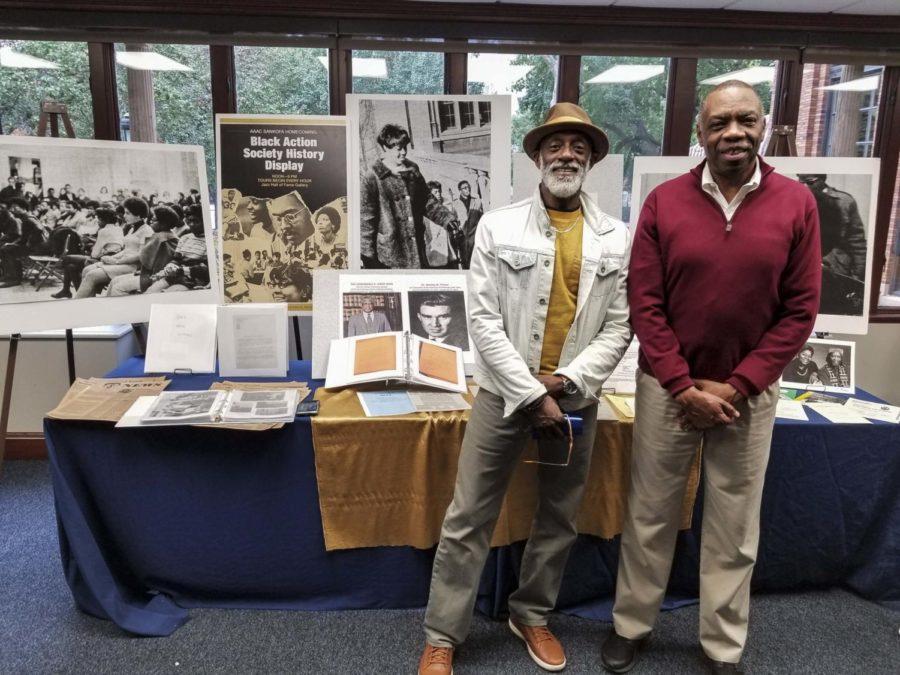 If all goes according to plan, black Pitt students will open a time capsule in 2069 containing physical reminders of black activism on campus.

Alumni, including the founders of the Africana program and black activists, gathered Friday in Hillman Library to dedicate the capsule and reflect on progress made by the black student community — and address the areas where improvement is still to be made. The event included the launch of “Say It Loud,” a book detailing the computer center takeover and similar black activism at Pitt, as well as a panel discussion on social justice and race issues at Pitt.

Among the alumni attending was Jack Daniel, a black alumnus who graduated in 1963 and the founder of the Afro-American Cultural Society, which has since been renamed as the Black Action Society.

“For the last 200 years, we’ve had a white man’s chancellor. When I see that only 5% of Pitt’s student population is black, and less than that number for Pitt professors, I can’t be so excited,” Daniel said.

Daniel joined about 60 other African American Alumni Council members at the event as part of the weekend’s Homecoming celebrations. The event commemorated 50 years since the sit-in with the dedication of a time capsule containing artifacts of black life at Pitt — set to be opened in another 50 years. The artifacts inside the capsule represent the progress of the black student population and of the Africana Studies department, formerly the Black Studies Department, marking the centennial of its 1969 founding.

Daniel’s Afro-American Cultural Society carried out a 40-student-strong occupation of the University’s computer center in the Cathedral of Learning on Jan. 15, 1969. Students occupied the space until the University met their demands — which included increasing the admittance of black students to 20% of the total student population. The group suggested the establishment of a recruitment team to meet this goal, as well additional demands including improving the depiction of Africans and Africa in curricula and establishing Africana Studies department.

Following the protest, the University committed to raising the black student population to 20%. But this goal remains unfulfilled, as the current statistic is 5.6% of undergraduate students and 3.8% of graduate students, according to a source sheet circulated at the event.

A letter authored by the current cohort of Black Action Society students was included in the time capsule. The letter called upon future leaders to continue the fight for equality, and serves as a benchmark for measuring future progress by addressing issues faced by the black community in 2019 — police brutality, low representation of black students at Pitt and the 2016 election of President Donald Trump.

Curtiss Porter, another founding member of the Pitt Black Action Society, gave opening remarks at the panel. He explained what he thought Pitt’s black community needed to do by describing the “sankofa,” a Ghanain symbol of a bird with its head turned backwards, that symbolized remembering the past while also pursuing the forward march of knowledge.

“Looking back 50 years [on the founding of black studies at Pitt] is only important if we look forward,” Porter said.

Porter then introduced members of a panel for a discussion on the future of racial justice in Pittsburgh, including T. Elon Dancy II, director of Pitt’s Center for Urban Education, Johnathan White, a doctoral candidate in Pitt’s history department, State Rep. Summer Lee, D-34, and Brian Burley, a board member for Young Black Motivated Kings and Queens Youth Organization.  During the panel, Dancy II emphasized the importance of “self-determination and the pursuit of freedom.”

Dancy recalled the statistic of the University’s 5% black population and spoke to what he called the colonization of the education system, with a white and Euro-centric curriculum as the “default.”

“An institution misses the mark with no black representation. [Black] students don’t have to choose to go to Pitt,” Dancy said.

Lee echoed Dancy’s sentiments and referenced the University’s Equity Report which named Pittsburgh as the worst city in the United States for the quality of life of its black residents.

“Why shouldn’t black people leave the University?” Lee said. “Our culture is worth being included. Lack of awareness on [issues of inclusion of black people and black cultures] is an excuse.”

The panel also discussed the diversity of the greater Pittsburgh region, where Burley said there is still work to be done.

“Pittsburgh and the universities situated within Pittsburgh must do a better job of intentionality and accountability. Only three out of every 20 people in this region are minorities,” Burley said. “That is not socially sustainable.”

Though the event was primarily for and almost entirely comprised of black and African American alumni, members of the Black Student Union at Pitt Bradford, including junior psychology and criminal justice double major Dymonique Hammond, also attended the panel discussion.

“The advantages of having a black alumni network like the AAAC is that it becomes a family. It is really hard when you go to a predominantly white institution and you’re a black student,” Hammond said. “I feel like I’m the elephant in the room [in these spaces] — it feels weird. To see other black students and black alumni gives me a sense of belonging.”

Despite the panel’s subject matter, Hammond felt empowered by the panelists’ contributions.

An earlier version of this article misspelled Dymonique Hammond’s name. The Pitt News regrets this error.