The Tree of Life massacre: What happened 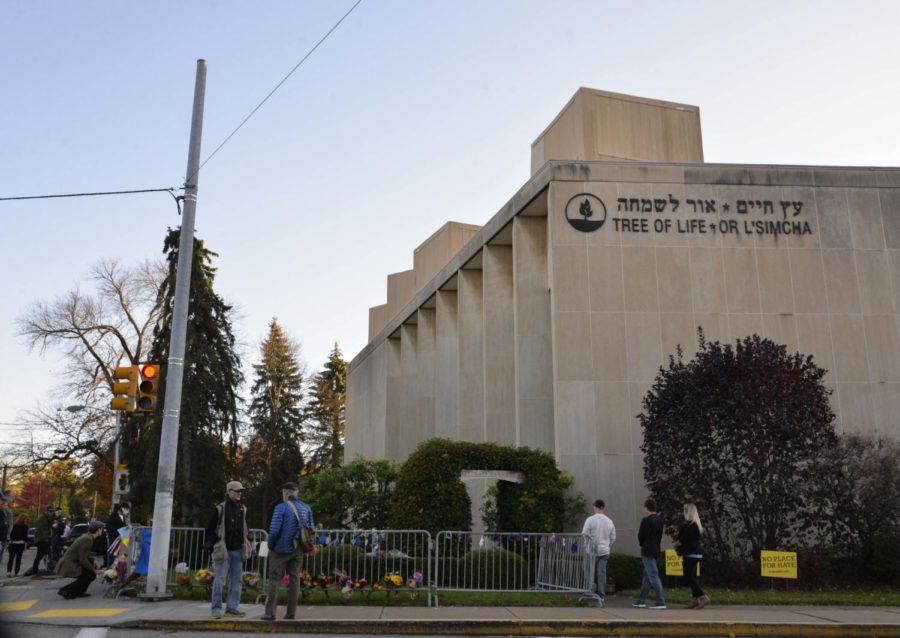 Mourners and passersby pay tribute to the victims outside the Tree of Life Synagogue on Sunday afternoon.

The Oct. 27, 2018, massacre of 11 Jewish congregants at the Tree of Life building — in the heart of Pittsburgh’s Squirrel Hill neighborhood and just under two miles from the Pitt campus — not only had an enormous impact on the City of Pittsburgh and its Jewish community, but reignited a debate on the silent rise of anti-Semitism in the United States.

With 11 dead and six injured by a shooter who used anti-Semitic slurs, Pittsburgh was thrust into the limelight as the location of what is now known as the worst anti-Semitic attack in the nation’s history.

The morning following the attack, the names of those killed were first read at a press conference. The victims were as follows:

Joyce Fienberg, 75, of Oakland, City of Pittsburgh (Tree of Life)

The victims had been attending Shabbat morning services for their respective congregations. In the days following, they were laid to rest and have been honored in ceremonies and projects throughout Pittsburgh and around the world.

In Oakland, Pitt students received an ENS alert from Pitt police notifying them of an active shooter situation at Tree of Life and to avoid the Squirrel Hill/Shadyside area. Ambulances carrying the wounded rushed down Fifth Avenue to UPMC Presbyterian, located in the heart of Oakland.

In the hours that followed, many members of the community planned to organize tribute events for the victims.

More than 3,000 people attended a vigil — organized by students of Taylor Allderdice High School — at the intersection of Forbes and Murray avenues on the evening of the attack. An interfaith vigil Sunday evening — attended by Pennsylvania Gov. Tom Wolf, Mayor Bill Peduto, and U.S. Sens. Pat Toomey and Bob Casey — took place at Soldiers and Sailors Memorial Hall in Oakland. The Sunday vigil was organized largely by the Jewish Federation of Greater Pittsburgh, along with other Jewish organizations and members of the community.

Peduto, like Pittsburgh, became a high-profile figure in national news after the attack, and called for resistance to all forms of hate in the City of Pittsburgh.

“We will drive anti-Semitism and the hate of any people back to the basement and away from the open dialogues around our City,” Peduto said at the vigil.

President Donald Trump arrived in Pittsburgh to pay respects to the victims in Squirrel Hill and to meet with the wounded in UPMC Presbyterian on Oct. 30, 2018. As the presidential motorcade made its way down Fifth Avenue, past the Cathedral of Learning and Litchfield Towers, the president was met with many protesters.

Peduto, as well as many Democratic and Jewish leaders, advocated for Trump to not come to Pittsburgh, saying “all attention should be on the victims.” Upon the president’s arrival in Oakland, protestors lined Fifth Avenue and DeSoto Street with signs reading “It’s your fault” and “Trump go home.”

Some, however, had positive attitudes toward the president’s visit. Rabbi Jeffrey Myers of Tree of Life, who was leading services when the shooting occurred, welcomed the president.

“The president of the United States is always welcome,” Meyers said. “I’m a citizen. He’s my president. He is certainly welcome.”

In the following weeks, Pitt students came together with community members in an effort to prove that the City was “stronger than hate.” Many student organizations, especially Jewish organizations and Greek life, worked together to raise money for victim relief funds and organize events that encourage strength, unity and healing in a time of great fear and sorrow.

Pitt’s Challah for Hunger organization — which operates under the Hillel Jewish University Center — donated all of their earnings from their weekly challah bread sale to Tree of Life. Historic Jewish fraternities and sororities came together fundraise nearly $9,000 for other Jewish organizations and first responders in order to “help eradicate hatred and help steer people away from anti-Semitic values.”

An early November open letter from Jewish university students in Pittsburgh described their sorrow and hope for strength and healing for the City. However, they also expressed the need for others to call this event what they believed it was — anti-Semitic terrorism.

“Anti-Semitism invalidates our ideas, practices, history and being,” the letter said. “This is not the first time we’ve experienced the pain of anti-Semitism. We are not surprised.”

The University and Student Government Board organized a tribute event on Nov. 5, 2018, titled “Pitt Together: Stronger Than Hate,” on the Cathedral lawn. Nearly 3,000 Pitt students, faculty and staff attended the event, where they were addressed by Peduto, Chancellor Patrick Gallagher and Rabbi Daniel Schiff of the Jewish Federation of Pittsburgh and heard performances by student a cappella groups.

At the tribute, Gallagher recognized the impact that the Pitt community can have on those who needed healing in both the Pittsburgh community and beyond.

“Today, right now, let us all resolve that our commitment to stand together will endure,” Gallagher said. “Let us show the world that is what we mean when we say ‘Pittsburgh strong.’”

Prior to the event, SGB handed out more than 10,000 T-shirts with the words “Pitt Stronger than Hate” written on the front, with the ‘i’ in Pitt dotted with a Star of David. These T-shirts, along with many posters, buttons and stickers, were seen across campus for the rest of the school year.

The Pittsburgh community reflected at a Sunday community gathering at Soldiers and Sailors Memorial Hall, one year after the shooting, on not only the legacies of those lost, but on the unity that rose from the darkness of that day.

Rabbi Jonathan Perlman, of the New Light Congregation, spoke of the hope he has for the City in its healing.

“I am hopeful, that living in this city of champions, that we will continue to make this one of the greatest cities on Earth … where we befriend one another not despite our religious or ethnic differences, but because of our religious and ethnic differences,” Perlman said. “Please, please, let us treat each other with great warmth and sympathy, let’s hope for a better tomorrow.”