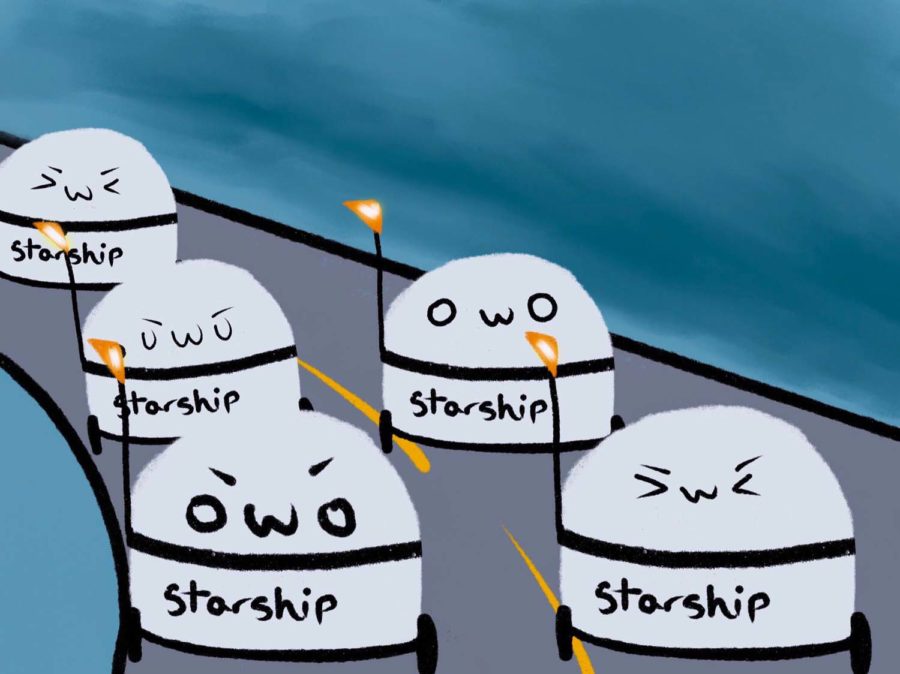 By Rachel Soloff, For The Pitt News

Starship stopped the bots’ testing on campus two hours after a fifth-year doctoral student in Pitt’s chemical and petroleum engineering program, Emily Ackerman, tweeted that the robots had blocked her wheelchair on Forbes Avenue and made her unable to get to the ramp on the crosswalk.

Starship later reviewed the footage and concluded that Ackerman was able to get around. The robots relaunched on Tuesday. On the r/Pitt Reddit page, following Ackerman’s viral Twitter thread and Starship’s follow-up statement last week, a user who goes by NordyNed posted The Pitt News’ article about the footage being reviewed. Many in the comments — including NordyNed themself — commented highly ableist memes mocking Ackerman and also argued with those who sided with her point regarding accessibility.

Although Ackerman’s statement on the robots was not completely accurate, it still brings up the issue of ableism and accessibility at Pitt. Ableist memes and rhetoric are never funny and always harmful. They make students with disabilities feel as if they don’t belong and promote a culture of ableism throughout campus. The r/Pitt Reddit users reacted poorly and took out their anger over the robots removal on someone who was anticipating problems of accessibility for students in wheelchairs.

Some of the more than 100 comments included memes, saying “#FreeWall-E” and other similar phrases, attempting to be funny. NordyNed also commented that Ackerman was “ruining the fun” by calling out the possibility for an accessibility issue. When someone called out the original meme poster saying “NordyNed hates disabled people,” NordyNed said they were exposing a “hoax” and everyone else was overreacting. Most of the memes have been deleted by the page’s moderators and the comments on the original article have been locked.

NordyNed and other users tried to “expose” Ackerman’s alleged lie by trying to minimize the predicted accessibility struggles and by alienating disabled students. By calling able-bodied students “regular,” NordyNed essentially called disabled students irregular. When they were called out on being ableist, NordyNed was defensive and non-receptive.

The Starship robots have been launched on other campuses such as Northern Arizona University, Purdue University and, most notably, George Mason University, where the delivery service has been a huge success, with the number of robots almost doubling during its second semester on campus. All of these campuses have had little pushback on accessibility — and are all non-urban campuses. Pitt, however, is the only urban campus where the robots have been tested.

Urban campuses face new challenges when it comes to technology like Starship’s food robots. Many students with disabilities have to work twice as hard to self-advocate and receive accommodation for necessities like accessible housing, while also being confronted with difficulties like getting to classes when elevators break down and accessible entrances are far away.

Urban campuses contain even more accessibility issues with busy streets and crosswalks. Non-student pedestrians and public buses also cause distinct problems for disabled students that they wouldn’t face on non-urban campuses. Those with disabilities now not only have to navigate the bustling urban campus but also self-driving robots darting in front of their wheelchairs. Students who aren’t in wheelchairs worry less about getting around the robots and busy crowds in order to get to class on time.

When developing technology like the Starship robots, companies should be extremely thorough with testing for accessibility in order to anticipate issues that weren’t originally considered. While Starship did test with some disability advocacy programs, mainly for the blind, they should consider more testing with more disability advocacy groups, especially in regards to those in wheelchairs. It’s crucial that Ackerman spoke up about the potential problems that those with physical disabilities could face regarding the robots and it’s shameful that people reacted the way they did.

NordyNed and other users on Reddit attacked Ackerman for showing concern about potential issues that the Starship robots could cause while hiding behind their screens. It’s terrible that internet hatred and ableism could seep onto a campus over delivery robots. Able-bodied Pitt students should consider how the robots could affect accessibility rather than take out their frustration on disabled students expressing concern.