Redstart Roasters: The birds and the beans 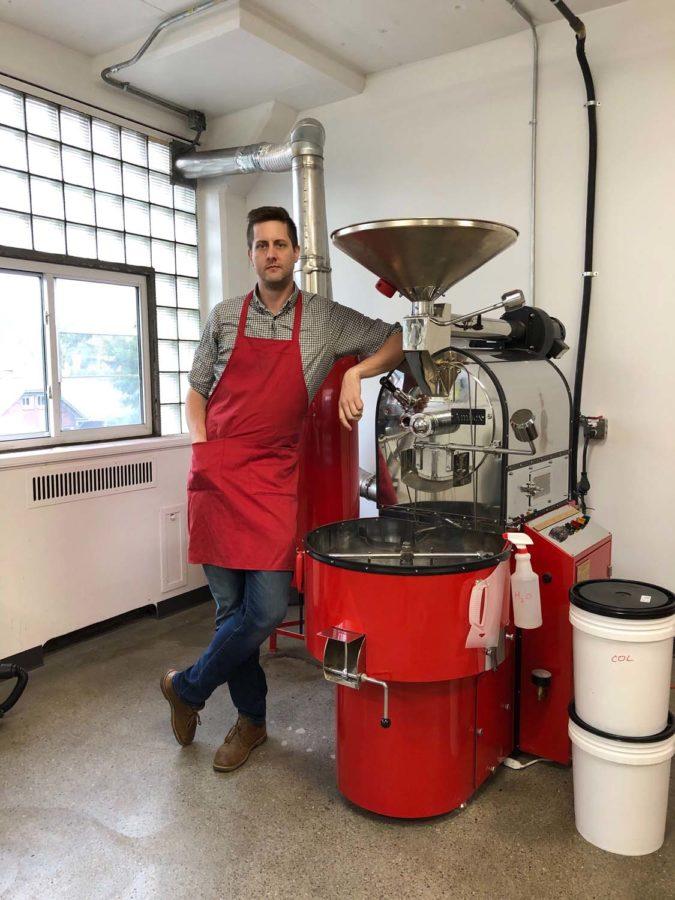 Matt Parmelee puts his computer science degree from Pitt to use at his job as a software engineer. But since 2017, he’s also had a side gig combining two of his other passions — birds and coffee. Redstart Roasters — named after the American Redstart, a small warbler — is his second calling.

Parmelee, who graduated in 2011, is the CEO of Redstart Roasters, a coffee roastery that sells beans grown by farms holding bird-friendly certifications from the Smithsonian Migratory Bird Center. The Smithsonian’s bird-friendly certification tells consumers that the beans they’re buying aren’t the product of deforestation, which can harm the habitats of birds in places like Ethiopia or Colombia, where much of Redstart’s coffee is grown.

“I started roasting coffee as a hobby [and thought] let’s just take this hobby and sort of make it a business,” Parmelee said. “The bird thing came in later … it very easily combines my interest in coffee and birds.”

Through his business, Parmelee said he hopes to provide coffee to the people of Pittsburgh while also preserving wildlife and maintaining biodiversity in coffee growing countries around the world.

“It’s a certification that guarantees growing practices that minimizes deforestation and maximizes biodiversity,” Parmelee said. “We like to support farms that do things that way where possible.”

“We work with Royal New York in New York and Cafe Imports in Minneapolis and they’re much more qualified than I am to say ‘Hey, what’s this farm like?’ because they’ve been there,” Parmelee said. “I’ve worked with them to a point where I know they’re not just trying to sell me a bag of coffee, they care about this as much as I do.”

But Parmelee said he has bigger goals for Redstart Roasters, and hopes to one day deal with farmers directly.

“In the short term it’s basically a collaborative effort with my importers, in the long term I am hoping to eventually be working directly with a number of farms,” Parmelee said.

Thanks to Redstart, bird-friendly coffee is now on the shelves of a number of Pittsburgh stores, including the 52nd Street Market, HLane Dry Goods & Coffee in Swissvale and the National Aviary in Pittsburgh. Hannah Critzer, the owner of HLane, said there’s a demand for Redstart coffee.

“I have a lot of people come in specifically looking for local indie coffee roasters and Redstart, even though they’re brand new, they’re already getting a bit of a following which is why I still carry them,” Critzer said.

Critzer said her shop aims to support local small businesses ranging from the Pittsburgh Pickle Company to local jewelers. HLane Dry Goods & Coffee has held Redstart coffee for a month and carries five roasts and a tea that has been made from the coffee bean itself.

But Parmelee admits on his website that the certification is not without its share of problems. Parmelee expressed a concern that the certification doesn’t include farms with differing geographical areas that do not match areas compared to coffee countries in South America. The language of the certification specifically caters to South and Central American countries’ topography. Therefore, a farm in a country that does not meet the strict guidelines just because of its natural landscape will be barred from certification, despite expressing interest in being bird-friendly.

“It’s the strictest coffee certification out there … It was originally developed for focusing on Central and South America,” Parmelee said. “The problem is that it’s a little too focused on those areas.”

Parmelee added that he worries these narrow criteria may keep farms interested in being bird-friendly from being certified.

“Obviously the growing areas that you’d find in Peru are very different from those in Ethiopia,” Parmelee said. “So you run into a lot of cases where an Ethiopian farm might be very interested in being certified … but the language [of the Smithsonian’s requirements] just does not apply just because the territory is so different.”

Native tree species are vital — the local insect population is adapted to feed on those plants. If these plants are replaced with foreign species for the sake of providing better shade, the insects could suffer population loss. Without insects, local birds lose a food source.

“One of our criteria is that you can’t just have one species of shade tree … you need to have 10 species and the majority of those species need to be native,” Sillett said. “One of the things we’re working on with Conservation International is to come up with a list of native tree species in Indonesia that could serve as shade trees.”

The Migratory Bird Center is working to fix these issues so roasters like Parmelee can get their bird-friendly beans from a variety of countries, Sillett said. With a variety of beans, Parmelee may offer a wider selection of flavors that vary with the bean according to region.

Though Parmelee’s business is new and growing, Critzer said she thinks Redstart Roasters and bird-friendly coffee could be more commonplace in the future.

“Whenever I run out, people are asking me when I’ll be getting another order in,” Critzer said.