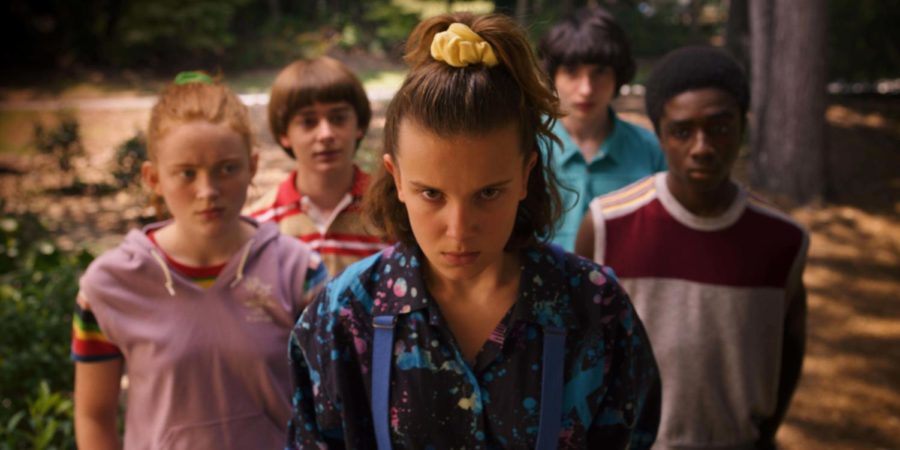 One of Netflix’s most successful shows, “Stranger Things” is a blend of horror and science fiction.

Netflix pumps out a LOT of original content each year, but how much of it is actually worth watching? TPN staffers share what they believe are the cream of the crop of Netflix original series.

As one of Netflix’s most successful shows, “Stranger Things” is a perfect blend of horror, science fiction and heart. For those unfamiliar with the story — though you’ve likely seen a reference to it in some form of media — it focuses on the fictional town of Hawkins, Indiana, in the 1980s. When tween Will Byers goes missing, his friends, family and several other unexpected townspeople join forces to find him. This isn’t your run-of-the-mill kidnapping, of course. With fake bodies, a telekinetic girl named Eleven and strange magnetic fields, the plucky crew has much to contend with — and that’s just above ground.

In the alternate dimension of the “Upside Down,” Will evades terrifying monsters like the Demogorgon as he grows continually weaker in a world not meant to foster human life. His fate, Eleven’s origin and the mysterious lab on the outskirts of Hawkins all make for one of the most dynamic, addictive mysteries ever produced by Netflix.

With superheroes dominating much of pop culture, it can be hard to find a show in the genre free from Marvel and DC’s influence. “The Umbrella Academy,” based on the graphic novel series of the same name written by Gerard Way, is a breath of fresh air for any superhero fanatic. It follows the lives of seven adopted siblings with supernatural powers taken in by the eccentric billionaire Sir Reginald Hargreeves who later become estranged as adults. When Hargreeves dies under mysterious circumstances, this dysfunctional family must meet up again to piece together their father’s death while dealing with their lingering childhood traumas.

The series boasts a great balance of drama and humor, with a terrific soundtrack to boot, while highlighting a more on-the-ground view of the life of superheroes. There are, of course, the typical signatures of the genre within it, from time travel to a looming apocalypse, but the show also takes time to explore what it means to be a family from the viewpoint of siblings. For anyone who wants a superhero family drama, “The Umbrella Academy” is your show. With its recent renewal for a second season, there is more to come on the horizon from the Hargreeves and their various shenanigans.

If you grew up with “Avatar the Last Airbender” or “The Legend of Korra” and have been itching for something similar, “The Dragon Prince” can scratch that itch. Co-created by Aaron Ehasz, the head writer and director of “AtLA,” “The Dragon Prince” is a fantasy adventure following two young princes who team up with an elven assassin to return the eponymous dragon prince to its mother and avoid war.

Despite somewhat awkward animation, “The Dragon Prince” strikes a balance between witty humor and exciting action, and all the characters are fantastic. The show touches on some heavy topics, namely death and — more specifically — how to talk about the death of a loved one. With Season 3 coming out on Nov. 22, now is the perfect time to start binging the first two seasons.

From Tinder challenges to open marriage adventures to awkward post-hookup encounters, sex and relationships in the modern day are anything but “Easy.” Set in Chicago, the show consists of breezy vignettes featuring an array of talented performers who explore such sexual ventures with poignancy and humor, always leading the watcher to ask if they’ve hooked up with a person like this before. Despite the city’s overwhelming crowdedness, many characters appear in episodes outside of their designated vignette because of some tenuous connection with other characters, creating an intricate ecosystem of sexual and romantic encounters.

Some characters only appear in one episode, but others are traced throughout the three seasons. Since the common thread for such characters is a particular relationship, you’re likely to find that you have one or two OTPs. While some of the stand-alone stories can be refreshing, fun and quirky, it’s hard not to skip to episodes when your favorite couple comes back.

Movie and TV adaptations of video games tend to get a bad rep, but one that’s managed to overcome this is the new anime-influenced “Castlevania” series. Based on Konami’s video game series, this fantasy adventure is about Dracula attempting to exterminate mankind after being traumatized by the murder of his wife. To combat Dracula and his army, the iconic vampire hunter Trevor Belmont teams up with magician Sypha Belnades and Dracula’s son Alucard to stop Dracula and save Wallachia.

I may not be the biggest “Castlevania” fan, but I was drawn into the world of the show with its dark gothic setting and intense visual style, featuring lots of blood and gore that helped enhance the direction. The animation is incredible, taking influence from anime aesthetics to craft amazing character designs while using the entire range of full animation to create fluid action scenes and compelling facial animations. The voice cast also deserve special attention, with notable highlights including Graham McTavish, Richard Armitage, James Callis, and Alejandra Reynoso.

The second season came out on Oct. 26, doubling down on everything the first season did well. There are higher stakes, the lore is further developed and there are plenty of new interesting characters, all while still including the incredibly well-choreographed fights. The writers perfectly established all the characters’ motivations in organic ways, and it’s overall just an entertaining show.