AAU report backs up stats about domestic violence at college 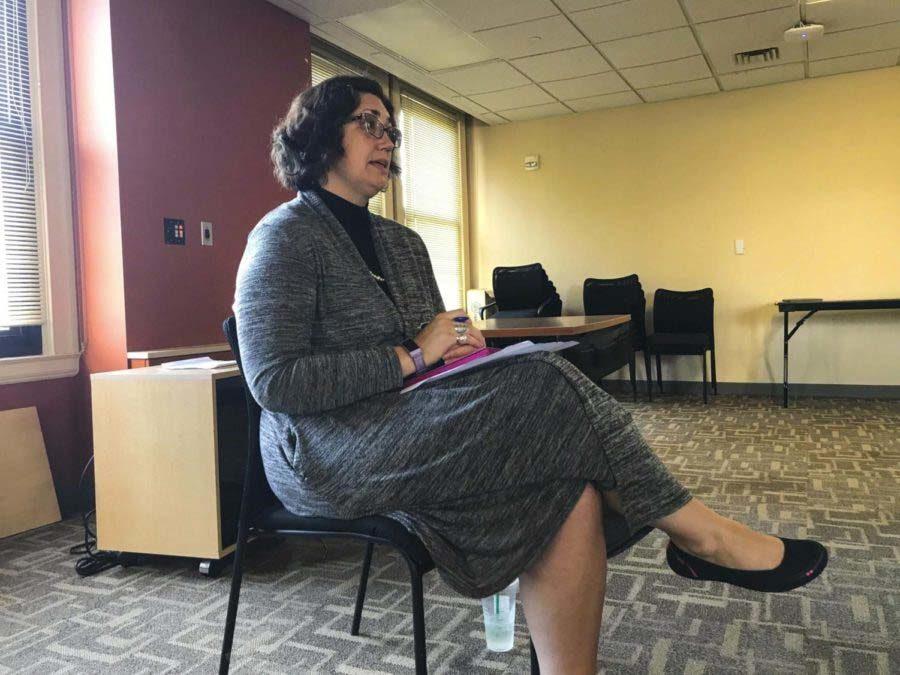 Katie Pope, the associate vice chancellor for civil rights and Title IX, said the percentage is an underestimate because of difficulties people find in reporting sexual assault and misconduct.

Out of about 8,000 victims of domestic violence that the Women’s Center and Shelter of Greater Pittsburgh serves every year, 1,300 are between 18 and 24 years of age.

According to Nicole Molinaro, the president and CEO of the center, even this statistic is an underrepresentation of the true scope of the problem.

“We definitely serve students from local colleges. In fact, that is one of our two biggest age groups served,” Molinaro said. “One out of three dating relationships in high school and college are abusive.”

Earlier this month, the Association of American Universities released a 217-page report detailing sexual assault and misconduct on 33 campuses across the country, including Pitt. The report found that 10% of Pitt’s general student body — 15.7% of undergraduate women, 10.1% of undergraduate men and 20.2% of trans men and women, nonbinary, genderqueer, questioning or otherwise gender-non-conforming students — reported experiencing intimate-partner violence.

Katie Pope, the associate vice chancellor for civil rights and Title IX, said this percentage is still an underestimate because of the difficulties people find in reporting.

“I would say the 10% is unfortunately underreported,” Pope said. “Dating violence is very difficult to report, not just for the fear of retaliation or guilt but sometimes you’re in a financial, emotional or psychological situation where you just can’t leave.”

Molinaro added that domestic violence isn’t limited to physical or sexual abuse, and that the types of abuse college-aged victims face is similar to that people experience at any age.

“We find that the types of abuse are the same regardless of age: emotional abuse, psychological abuse, spiritual abuse and financial abuse. Ninety-nine percent of survivors actually experience some form of financial abuse,” Molinaro said.

According to the National Domestic Violence Hotline, spiritual abuse is when a partner insults the victim’s religious beliefs and/or forces them to start practicing or stop practicing a certain religion, and financial abuse is controlling the victim’s ability to acquire, use or save money or objects of value.

Pope said she often sees instances of abuse when students decide to move off campus and are financially dependent on their partner.

“When students make a decision about where they are going to live off campus, they may decide to move in together. That creates a lot of concerns around safety and financial resources,” Pope said. “Suddenly someone realizes that they’re in a dangerous situation and they want to get out, but they’re on a lease.”

Often this abuse occurs before renting a home is even considered. Maggie Medoff, a senior anthropology and non-fiction writing major, is president of Pitt Unmuted, a club that seeks to create a safe space for victims of sexual and intimate-partner violence and share their stories. (Disclaimer: Medoff formerly worked as a staff writer at The Pitt News).

As a survivor of sexual assault herself, Medoff said she’s shocked by the number of college first-years she meets who experienced sexual violence soon after they arrived on campus.

“A lot of new freshmen have come [to Pitt UnMuted meetings] and shared their stories. It’s really jarring to hear that as soon as some people step foot on this campus they experience sexual misconduct,” Medoff said. “It’s a cause that is important and relavent to me because I have experienced sexual assault along with many other members.”

The small size of college campuses, Pope said, also deters some victims from seeking assistance, especially when the person doesn’t formally report the abuse so the University doesn’t intervene.

“The nature of being a student on a college campus is the potential that even after someone’s left an abusive partner that they still might run into that person,” Pope said. “This is particularly true if they haven’t chosen to take any formal steps.”

Another barrier to reporting abuse is that young people often don’t recognize that they are in an abusive relationship. Healing Abuse Working for Change, a domestic violence agency located in Massachusetts, found that 70% of young victims didn’t realize they were being abused.

Pope said part of the reason young victims might not recognize abusive relationships is because of the prevalent belief in our culture that domestic violence doesn’t happen to college students.

“I think there’s an assumption that domestic violence is something that only happens when you’re married or in certain socioeconomic situations or with only certain levels of education,” Pope said. “These are all the same stereotypes that are applied outside a college space, but I think they have a particular impact for the college student population.”

This is the reason many organizations and student groups like Pitt Unmuted, Medoff said, are focused on prevention education and establishing programming that happens beyond the first week of first-year orientation.

“I think that looking at a survey is one thing, and receiving emails from the dean and chancellor is one thing, but we need to start taking action beyond just bystander intervention training at orientation,” Medoff said. “I think that taking a more conversational, interpersonal approach with students talking with other students and not just administrators and faculty talking at students is a key step we need to take.”

Pope said she believes smaller conversations would be more effective than lectures. But she’s also hopeful about some of the new programs announced after the release of the report, like a new prevention education office unveiled by Jan. 1 and $250,000 in grant funding to faculty and staff who come up with new solutions to sexual and domestic violence.

“Any time you can have one-on-one conversations is way better. I think the challenge that is orientation is just one step,” Pope said. “Building a better program doesn’t just focus on sizing and scaling, but also continuity so it’s just not one time during Welcome Week. Creating ways to make this prevention education more ongoing is a really important thing in how we move forward.”

Beyond University funding and policy, Molinaro said there is something students can do to support victims and survivors of domestic violence.

“Don’t give up on anyone you know who’s in a violent relationship,” Molinaro said. “Try to help them know that they’re not alone, that there are so many other people who are experiencing this and that there is help and there is hope.”