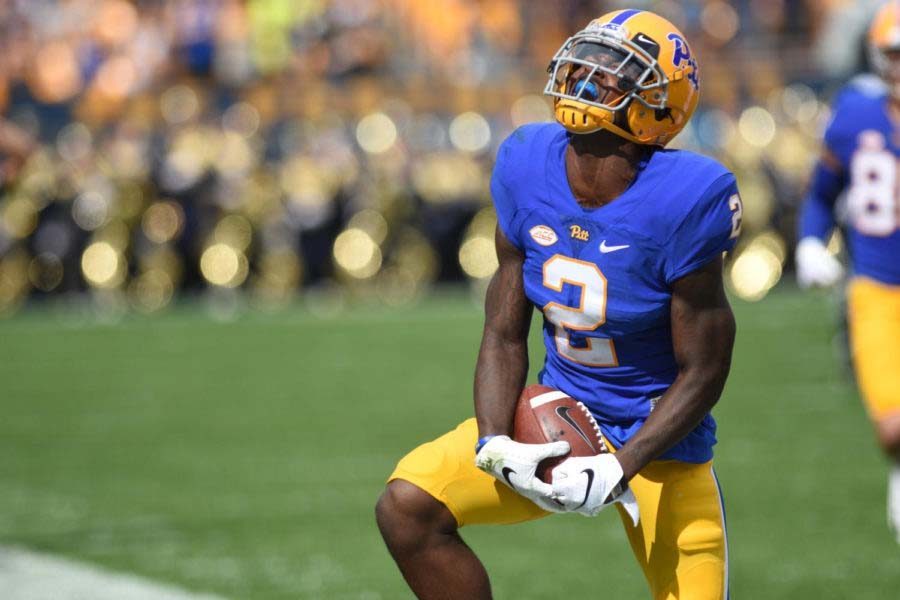 Stop me if you’ve heard this one before — Pitt football played a sloppy game against a lesser opponent, committing more turnovers and penalties while scoring inefficiently in opposing territory. The Panthers’ defense, however, kept them in the game with another stifling performance.

That summary could be used to describe most Pitt games this season, and it rang true again on Saturday night against Georgia Tech. The Panthers (6-3 overall, 3-2 ACC) escaped Atlanta with a 20-10 win over the Yellow Jackets (2-6, 1-4), but the result brought forth no new developments for either side. It merely confirmed each team’s reputation coming in — Georgia Tech as a struggling team in rebuilding mode, and Pitt as a team with a world-class defense otherwise plagued by mistakes and poor situational offense.

Junior quarterback Kenny Pickett completed 25 of 34 passes, though most went for minimal yardage. Pickett’s 8.16 yards per completion marked his second-lowest of the season, as offensive coordinator Mark Whipple leaned heavily on quick screen passes, some of which actually lost yards.

Pickett did complete a 21-yard touchdown pass to sophomore receiver Shocky Jacques-Louis — his first score of the season — to put Pitt up 17-7 in the second quarter, but he also threw two first-quarter interceptions. One of those picks, to be fair, bounced right off the hands of struggling redshirt senior tight end Nakia Griffin-Stewart.

The Panthers moved quickly from their own 24 to the Yellow Jacket 15 on their first drive. A false start penalty from redshirt senior lineman Nolan Ulizio halted Pitt’s momentum, and the team came away with three points after a 32-yard field goal from red-hot redshirt junior kicker Alex Kessman.

Pitt struck again later in the quarter, as first-year running back Vincent Davis took the direct snap out of the wildcat formation and zipped past the defense for a 61-yard touchdown run to give the Panthers an early 10-0 lead.

After Griffin-Stewart’s drop and the ensuing interception just before the second quarter, Georgia Tech took over with prime field position at Pitt’s 40-yard line. The Panthers’ defense held firm and allowed the Yellow Jackets to go no further than the 17-yard line, then caught a break when redshirt sophomore kicker Brenton King missed the 34-yard field goal attempt.

Pitt would hand the ball right back over four plays later, as senior receiver Maurice Ffrench lost the ball while trying to fight for extra yardage. This time, the Yellow Jackets took advantage — redshirt first-year quarterback James Graham launched a perfectly placed deep ball to Ahmarean Brown on the next play for a 51-yard touchdown.

Jacques-Louis’ touchdown catch gave Pitt a 17-7 lead entering halftime, setting up a second half in which each team scored just three points.

Coming out of halftime, Georgia Tech head coach Geoff Collins elected to swap Graham out at quarterback after he went 2 of 9 for 54 yards. In his stead, he inserted redshirt sophomore Lucas Johnson at starter.

Pitt’s first possession went for a three-and-out, setting up a punt from its own 29-yard line. Redshirt sophomore Kirk Christodoulou saw his punt attempt blocked, leading to another easy scoring chance for Georgia Tech.

But again, Pitt’s defense doubled down and stuffed the Yellow Jackets on three straight plays, setting up another short field goal for King. He made the 30-yarder to bring Georgia Tech within one score, 17-10.

Johnson shone after entering at quarterback, leading his team on a nine-play, 68-yard drive down to Pitt’s 4-yard line on its ensuing possession. He kept the ball up the middle on third-and-goal and appeared destined for the end zone, but redshirt senior Kylan Johnson made the play of the game by nailing Lucas Johnson just before he crossed the goal line. The game-saving hit knocked the ball loose and redshirt sophomore linebacker Cam Bright scooped it up and returned it 79 yards before running out of steam at the 21-yard line.

Pitt didn’t make it easy on itself, moving backwards on each of the next three plays. But Kessman stepped up to make the 49-yard attempt, putting the Panthers up 20-10 at the start of the fourth quarter.

That proved to be all the cushion Pitt’s defense needed, with neither team scoring from there on out. Lucas Johnson headed to the locker room following the hit, and Graham threw an interception in relief. Kessman later missed a 44-yard attempt, but Pitt held on for the win.

Ffrench caught a career-high 11 passes for 71 yards, while junior running back AJ Davis paced the Panthers on the ground with 16 carries for 75 yards. Pitt held Georgia Tech to 194 total yards, its second-best on the season next to the 170 allowed to Delaware. Senior safety Damar Hamlin didn’t play after being a game-time decision, but head coach Pat Narduzzi said afterward that he should be good to go for next week’s game.

With six wins, Pitt is also now eligible for a postseason bowl game.

The Panthers will get some extended time to rest and prepare before hosting North Carolina on Thursday, Nov. 14 at 8 p.m.