Editorial: The White House doesn’t need Beto, but the U.S. Senate does 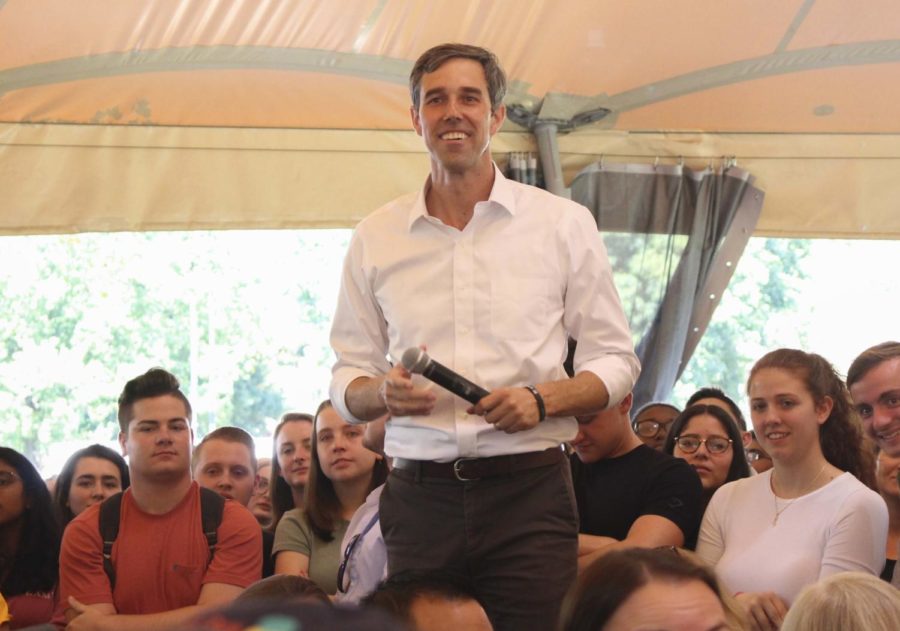 Beto O’Rourke receives a question during a visit to Oakland as a campaign stop on Sept. 25.

O’Rourke ran an energetic Senate campaign against Ted Cruz, R-Texas, in 2018, and gained national attention for nearly unseating an incumbent Republican in a historically red state. Unfortunately for O’Rourke, though perhaps fortunately for America, his presidential campaign lacked the same energy. He is not expected to make another run for Senate, according to a New York Times report.

Beto made the right decision in ending his campaign — his funding was draining and support in the polls falling — but he should take his passion for gun control and immigration and run for the Texas Senate seat again. This is where he’s needed most, and with his name now recognized even more widely than in 2018, he might have the momentum to unseat the conservative senate member up for reelection — John Cornyn.

O’Rourke — who represented El Paso, Texas, in Congress from 2013 to 2019 — centralized his campaign on gun policy from the beginning, but in the wake of the El Paso massacre in August, the issue became deeply personal. If Beto takes his gun control platform to a Senate campaign, it might appeal to more Texans than last time. Cornyn is fiercely opposed to implementing gun control policies, and while a majority of Texans historically align with that view, they are becoming increasingly supportive of gun control. Some studies suggest that communities surrounding gun violence — like El Paso — favor gun control in the aftermath.

The shifting political scene could give O’Rourke more momentum in a second Senate campaign. The residents of El Paso need his advocacy as a government official, too. The community has faced not only a horrific shooting, but they’re also “at the forefront of the immigration crisis,” as NPR put it.

It was the El Paso immigrant detention center that made national news in May for being dangerously overcrowded and unsanitary, in addition to separating children from their parents. The reports ignited a national outcry in regards to the treatment of detainees and United States immigration policies.

Being from El Paso, O’Rourke also made immigration reform a central pillar of his campaign. He planned to introduce legislation that would provide a path to citzenship for 11 million undocumented individuals and would only detain refugees with a criminal background. In a broader sense, he aimed to strengthen ties with Latin America by supporting democracy and human rights there.

While he won’t be able to roll out this legislation as president, he still can as a senator — if he decides to make a run. All policy has to start somewhere, and Texas would benefit greatly from his efforts and his passion about immigration and gun control. Especially since Cornyn is one of the most conservative senators in the country, improvements on gun and immigration policies will unlikely happen with him in office.

If anyone can defeat Cornyn, it’s O’Rourke. Texas needs him more than ever. He would be wise to reconsider his decision not to run for Senate.

An earlier version of this editorial identified Ted Cruz as the conservative senate member up for reelection instead of John Cornyn. The Pitt News regrets this error.