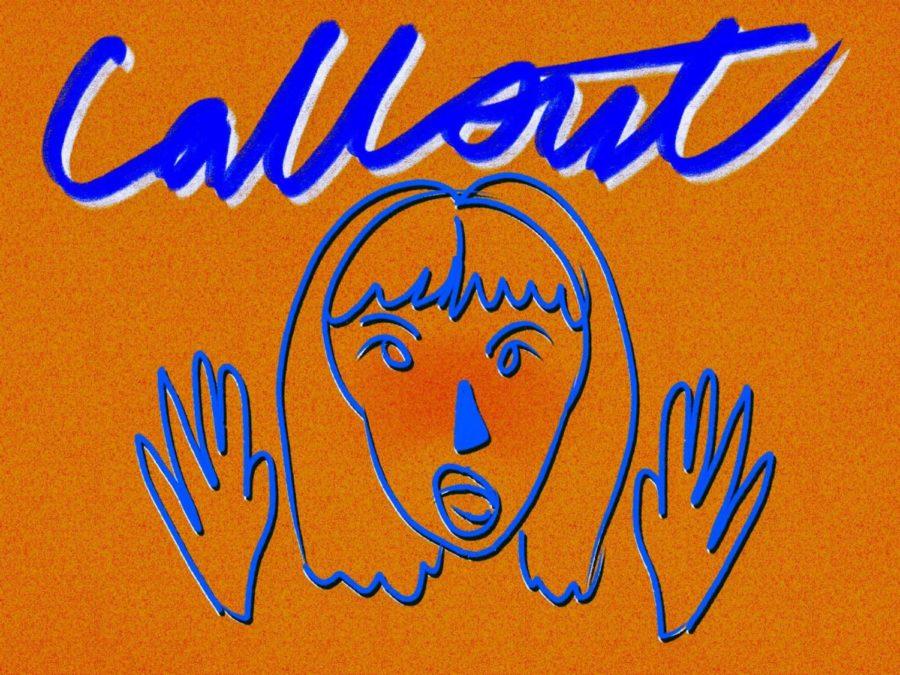 Former President Barack Obama is fed up with callout culture.

In an interview with “Grown-ish” star Yara Shahidi at the Obama Foundation Summit in Chicago, Obama warned the “politically woke” generation of young people that this form of activism was ineffective and immoral.

“This idea of purity and you’re never compromised and you’re always politically woke and all that stuff, you should get over that quickly. The world is messy. There are ambiguities. People who do really good stuff have flaws,” Obama said. “I can sit and feel pretty good about myself because, man, you see how woke I was, I called you out. That’s not activism. That’s not bringing about change. If all you’re doing is casting stones, you’re probably not going to get that far.”

He’s right. Propelled by increased social media engagement, my generation in particular has seen the rise of callout culture, a trend of digitally confronting people whose actions are perceived as hateful, as a response to missteps and offenses by those with influence. While it’s important that we hold others accountable for wrongdoing, we must go beyond sending chastising tweets and work to help those individuals understand how their actions have painful effects on others. Calling someone out is an inactive form of activism that is fruitless and hypocritical.

From politicians to musicians to comedians, more and more influential people have been on the receiving end of the callout. Days after it was announced comedian Shane Gillis would join the “Saturday Night Live” cast, Twitter exploded with clips of Gillis using offensive language and racial slurs on podcasts. He was dropped from the cast list in September, just days after the original cast announcement. Presidential candidate Andrew Yang chimed in on Twitter, surprisingly coming to the defense of Shane.

“I think we have, as a society, become excessively punitive and vindictive concerning people’s statements and expressions we disagree with or find offensive. I don’t think people should be losing jobs unless it’s truly beyond the pale and egregious,” Yang said.

It’s not that Gillis was in the right. These comments were deeply disrespectful and further a deep and painful legacy of racism in our country. But “cancelling” a person based off of previous actions prevents a continued, honest dialogue and discounts the idea that humans are constantly evolving creatures. Rather than leading with pitchforks in all situations, we can instead work to encourage change when others hurt us.

While callouts actually prompted SNL to take action in Gillis’ case, these angry tweets too often fail to result in tangible action or engage both parties in a respectful dialogue. Too often, outrage and advocacy morphs into virtual piles on, replacing a genuine desire to make change with threats and more insidious language.

Videos depicting a 12-year-old named Rayden, who has autism, being physically bullied by his classmates went viral in October. MMA fighters, NFL stars and other celebrities have teamed up to offer support for Rayden and more than $16,600 has been raised for the family on their GoFundMe page, demonstrating that good can come from publicising troubling events on social media.

Amidst the showing of support via the Twitter hashtag #standwithrayden, there were also calls for retaliation against the 12-year-old bullies. As more and more people became invested in Rayden’s story, the narrative flipped. It was no longer about lifting Rayden up, but violently tearing his bullies down. Holding people accountable for their behavior is instrumental for progress, but there is something inherently wrong about uninvolved adults inciting action against children. In taking to Twitter or Facebook in anger rather than having face-to-face conversations or working to actively combat hate, we are pumping the brakes on learning opportunities.

Callouts take chastising too far, while not pushing hard enough for actual reformation. It’s a juxtaposition that proves how badly this tactic misses the mark. While often well-intentioned, calling someone out online will simply not inspire them to change or incite action on a more macro level. It’s not that we don’t have to combat racism, sexism, homophobia, transphobia and other evils when we see them — we just must go about it in a different manner.

An effective alternative to calling someone out is calling them in. The “call in,” a term first coined by writer Ngọc Loan Trần in 2013, has become a comprehensive framework in engaging in tough but important conversations with those who have made hateful statements. Calling out strangers on Twitter simply doesn’t work, but having conversations with our peers, friends and loved ones when they engage in damaging behavior helps lay the framework for progress.

It begins with setting boundaries. If you feel personally triggered by someone’s actions or comments, you may not be the best person to engage with them. Give yourself time to process your emotions and formulate your thoughts in a less reactionary manner before approaching them.

It’s imperative these conversations center on a behavior, not a person. Replace phrases like “you are being racist” with “those words are deeply painful for people of color” or “you are being homophobic” with “using the word gay as a slur is extremly hurtful for many queer people.” It gives the person the benefit of the doubt, believing that they are good people who genuinely want to do better. Tell them that this comes from a place of love, and the understanding that they are allowed to make mistakes.

Obama was right to critique the ways we are holding others accountable. By making room for growth and understanding, we can actively work to lessen the effects and presence of hate.