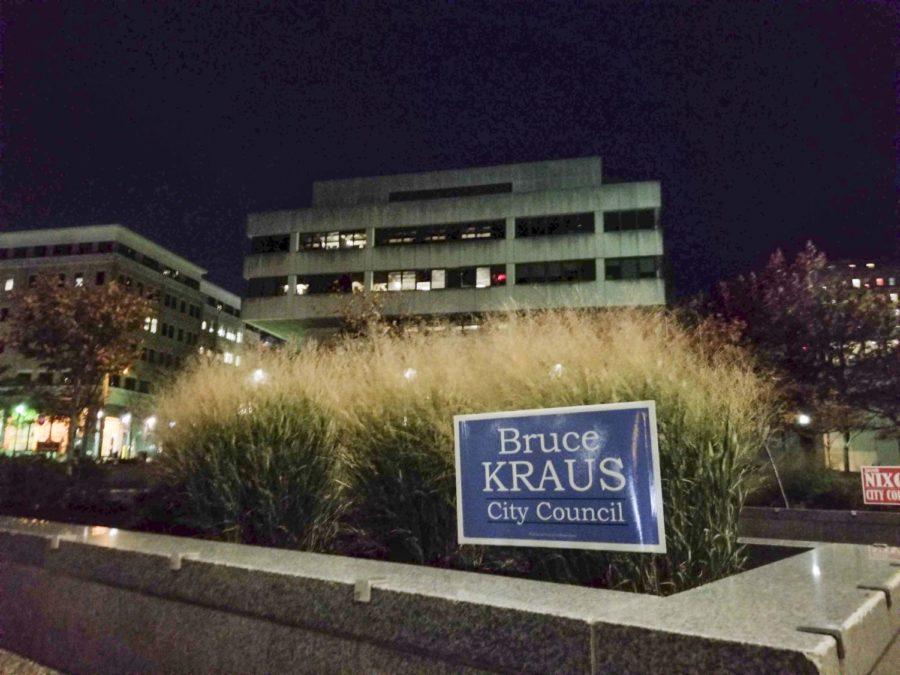 Incumbent Bruce Kraus beat independent Jacob Nixon in Tuesday’s election for the District 3 City Council seat, which covers several neighborhoods, including Central Oakland, South Oakland, South Side Flats and South Side Slopes. With 95% of precincts reporting, Kraus leads Nixon by about 1,775 votes — 3,152 to 1,377 at the time of publication.

Kraus, who has been serving in the District 3 seat on City Council since 2008, was elected City Council president by his fellow councilmembers in 2014. During his tenure in office, Kraus has worked on tightening open container laws, passed the first municipal ban on public urination, and sponsored legislation that requires the proper reporting of lost and stolen handguns.

Nixon, an Oakland resident who is new on the Pittsburgh political scene, currently serves as the associate director of development for the Pennsylvania College Access Program. Nixon’s platform focused on small businesses and in a press release at the beginning of his campaign, he said he was motivated to run because he believed that Kraus was not accessible to his constituents.

“What I mean by that is, if we are going to change our community, we need someone who is on the ground in the communities,” Nixon said in the press release.

Less than 10% of registered voters turned out the three on-campus polling locations — Posvar Hall, Soldiers and Sailors Memorial Hall and the William Pitt Union. The voting sites received 6.87%, 9.61% and 5.31% of their registered voters, respectively.