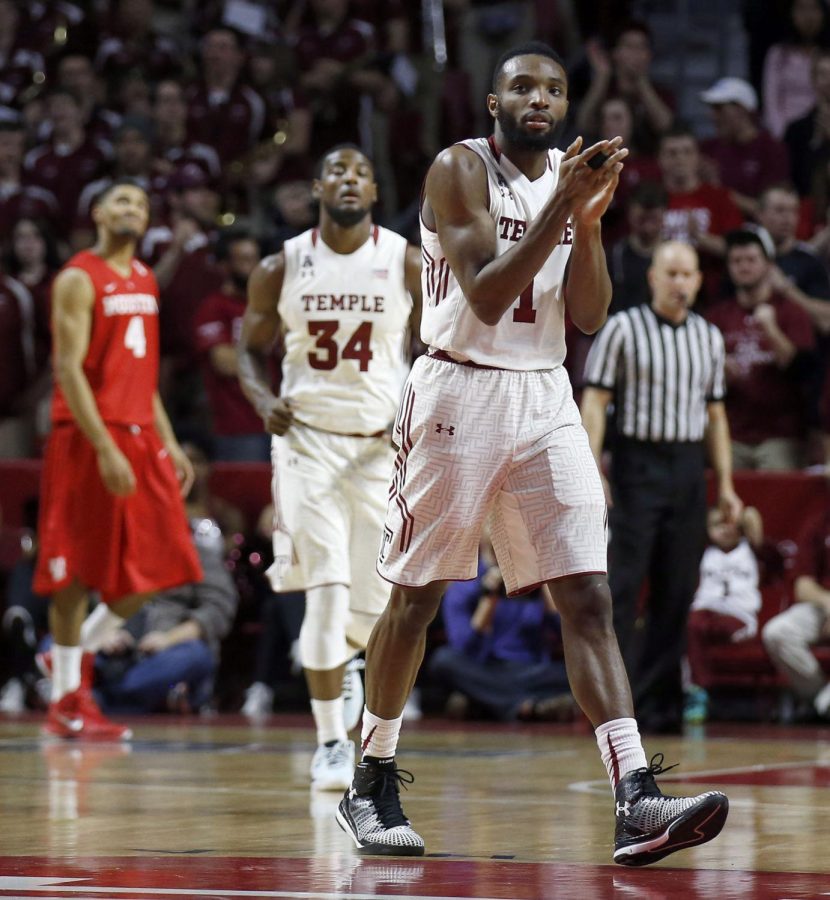 As the NCAA Tournament approaches each year, some teams are nervously tapping their feet as they hope to break into the Big Dance.

They heard analysts debate for weeks about whether their team would make the tournament or not, yet they were stuck sweating it out until Selection Sunday when they saw if they made the cut.

To get there, all of these “bubble teams” must make a case for themselves as to why they, and not their rivals, deserve a shot at the tournament. Now that we have seen teams like UCLA, BYU and Georgia make it into the field, we can assume the selection committee thought they were deserving. Committee’s decision aside, I still think other teams made an even better case for inclusion than the schools mentioned.

Other teams such as Miami, Temple and Old Dominion — all of which missed the tournament — have the biggest gripes over why they should be preparing for the NCAA Tournament rather than the NIT. Those gripes probably fall with teams like BYU, which squeezed its way into the field instead.

The selection committee rewarded BYU (25-10, 13-5 WCC) because it was the second-best team in the WCC conference behind No. 2 seed Gonzaga. BYU got its signature win over the Zags just a week before conference tournaments started, but it also had the luxury of getting three opportunities to beat them. BYU’s next best win came against non-invite Stanford, at home in December, by two points.

But consider that BYU, the only top 25 team to make the cut, had three losses to teams ranked outside of the top 100 — twice to Pepperdine and once to San Diego — while also losing all of its games against tournament-quality teams, with all of those games either coming on a neutral site or its home floor.

Compare that to a team like Miami (22-12, 10-8 ACC). Not only does Miami play in a tougher Atlantic Coast Conference, but it had seven true road wins. Those wins included Pitt, Syracuse and Florida, which are tough places to play even though the teams recently suffered through down years. The Hurricanes also hold a double-digit road win against No. 1 seed Duke and another quality home victory against tournament team North Carolina State.

To me, this gives them a passing grade in the all-important eye test. Miami gets my vote for tournament inclusion. Temple does also, as a team that both ESPN bracketologist Joe Lunardi and I would have included in our fields.

But the selection committee disagreed with Lunardi and excluded the Owls. They crushed Kansas and Cincinnati, beating them by a combined 41 points, while also challenging themselves by playing against Duke and at Villanova. All of the Owls’ losses, except for two, came against the top 50 teams in RPI, and they finished the season winning nine of their last 12.

The selection committee shocked me when it let UCLA into the tournament. The Bruins (20-13, 11-7 Pac-12) did play the 29th most difficult schedule in the country, but they won only once in eight attempts against ranked opponents, with their best wins both coming at home against Oregon and Utah.

While those are good wins, UCLA lost by an average of 18.8 points per game against teams with an RPI in the top 50. Not only did they lose badly to strong competition, they also lost five more games against non-tournament teams that included horrendous defeats by lowly Colorado and Oregon State.

Let’s compare them to a team like Old Dominion. That the Monarchs finished 13-5 in a weak Conference USA poses some questions, but they did challenge themselves in the non-conference with games against Virginia Commonwealth, LSU, Georgia State and Richmond. Old Dominion won all of those games.

It went 8-2 against the RPI top 100 teams, but lost to Middle Tennessee in the conference championship game, essentially the final blow to knock Old Dominion out of the tournament. Despite the bad losses, the good wins — especially in the non-conference — give the Monarchs my vote instead of UCLA.

Georgia did not have many bad losses throughout the season, aside from to Auburn at home, yet it lacks one key resumé-builder: The Bulldogs haven’t beaten anybody. They don’t have a single win against the RPI top 50, losing in all five attempts, and the only tournament team they beat was Ole Miss — one of the last to make the NCAA field.

Before I forget — did I mention they lost at home in February against a 20-loss Auburn team?

The committee often too heavily rewards power conference teams for consistently playing better teams due to their conference schedules. Mid-major schools struggle to schedule as many top-level games, and for teams like Old Dominion and Temple, it costs them much-deserved spots in the NCAA Tournament.

The selection committee seems to hold them to a higher standard than power conference schools in terms of how many games they can lose to make the field.

Maybe they just need to go undefeated to have a chance.