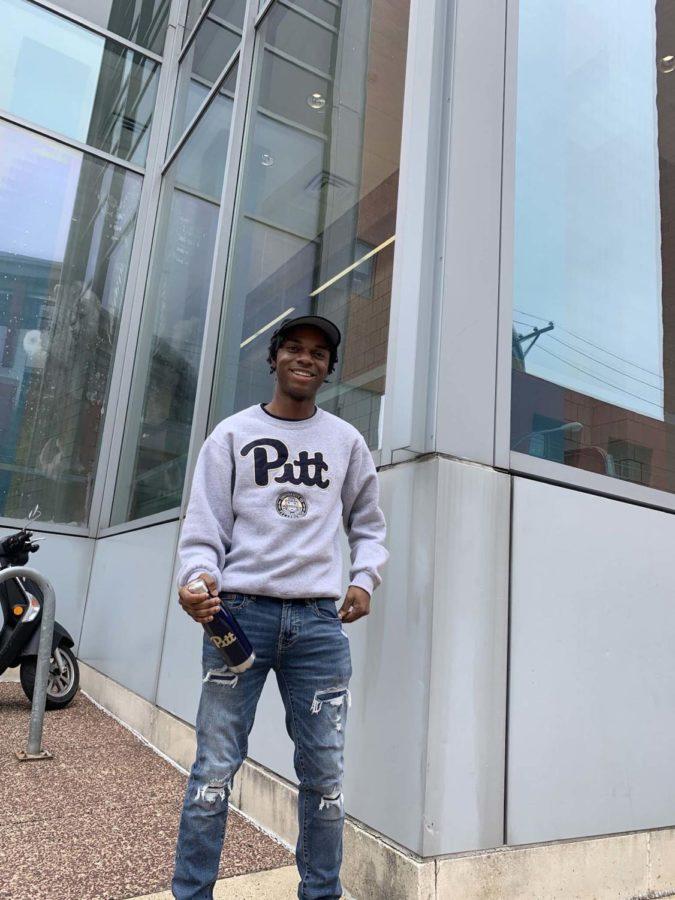 First-year student Jamal Johnson said he was the target of two racial slurs.

After returning from a Tyler, The Creator rap concert in the early hours of Sept. 25, Jamal Johnson just wanted to get ready for bed.

But on the way to his room, the black first-year student found a racial slur written on a bulletin board on his Holland Hall South floor.

Johnson said he found the statement “Jamal = Aunt Jemima,” equating him to the black female character serving as the face of a breakfast food company, which many consider to be an offensive embodiment of racist stereotypes. Johnson reported the writing to his floor’s resident assistant the following day, and met with the building’s resident director later that week. They told him that the University’s Office of Diversity and Inclusion would open an investigation into the writing.

Johnson, a native of west Philadelphia, said that he expected college to be different from home, but did not expect to deal with incidents of racism directed at him.

“I came to college just to get my education, not to have to deal with being targeted in my own residence hall,” Johnson, an English writing and political science double major, said.

ODI reached out to Johnson and hosted an education session for his floor, which included a discussion around microaggressions — comments that unintentionally demonstrate prejudice — and how to combat them.

But Johnson said what happened to him was more severe than a microaggression.

“It was obviously a blatant act of racism,” Johnson said.

University spokesperson Kevin Zwick confirmed that ODI held the session, which touched upon “Pitt’s core values, expectations and the harmful effect of racism and discrimination with a specific emphasis on the harm to underrepresented groups.”

Pitt’s Office of Residence Life also contacted Johnson and offered to move him to a different residence hall. At the time, Johnson declined the offer and said that if he left, the perpetrator might feel that their behavior was acceptable.

Another slur appeared on the floor on Oct. 8, two weeks after the first one, this time written on a blackboard on the floor. Several floor residents had written their names Scrabble-style on the board, and someone wrote “Aunt” before Johnson’s name, apparently referencing the Aunt Jemima character again.

Johnson said he was distressed that someone, or multiple people, in the residence hall were targeting him for his race.

“That’s where I sleep every night,” Johnson said. “Someone in that building feels that type of way about me.”

Upset with the University’s response that the investigation of the first incident was still ongoing, Johnson posted pictures of the two slurs on Twitter later that day.

“We agree that this behavior is unacceptable and racism has no place at Pitt,” the tweet said. “Residence Life and the Office of Diversity and Inclusion are aware of and are actively investigating these incidents and working to resolve them.”

Johnson’s tweet garnered about 400 likes and retweets, but some students on campus, including Black Action Society President Jenea Lyles, had already heard about what happened.

Lyles, a senior microbiology major, said she first heard of the slurs against Johnson in a group chat in early October, and was upset that Johnson was being targeted.

“I was disappointed, but not surprised,” Lyles said. “I’ve heard a lot of stories about people being uncomfortable in their residence halls because they’re being targeted because of their race.”

Lyles added that she is pleased that ODI is investigating the two incidents, but would like the Office to keep Johnson better updated on how the investigation is progressing.

“I would like more transparency with an update to Jamal,” Lyles said, “so Jamal knows that they are still looking out for him.”

Zwick said the two incidents are being taken seriously and the investigation is ongoing.

“Racist comments run in stark contrast to the University’s values and mission, and we remain dedicated to supporting an inclusive, safe and welcoming environment for every member of the Pitt community,” Zwick said.

He added that students can reach out to multiple University offices if they experience incidents of harassment or discrimination on campus, including ODI or the Counseling Center.

Zwick did not directly respond to a question about whether or not the University has identified which person or people wrote either of the statements targeting Johnson.

“Any student who is found responsible for contributing to a hostile environment for our community will be held accountable,” Zwick said.

Johnson said he moved across Fifth Avenue from Holland to Nordenberg Hall on Oct. 28, after finding it difficult to keep returning to where the statements were written.

“I just dreaded walking and staying in the building everyday,” Johnson said.