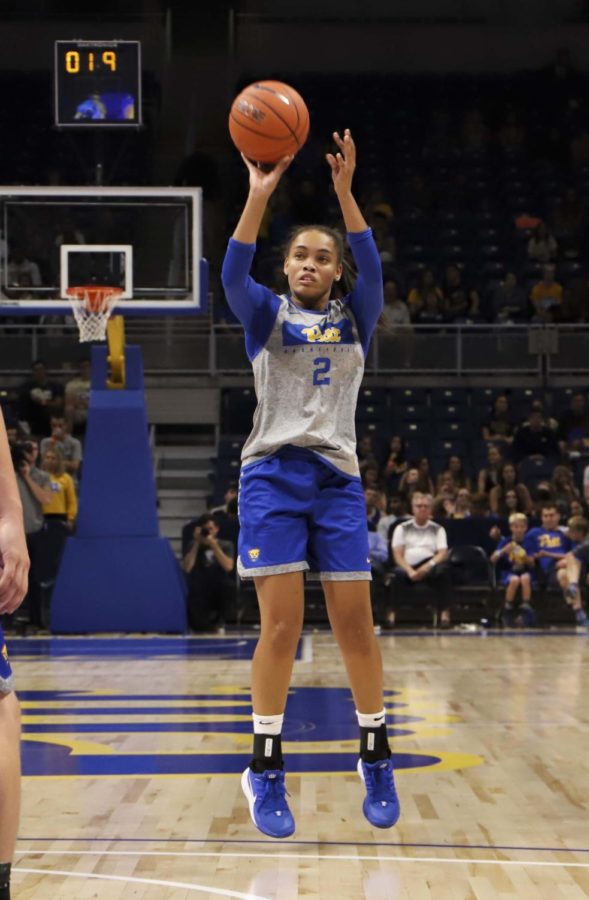 Traveling down south to play against a tough opponent in the season opener, the Pitt women’s basketball team lost 74-58 to UCF in Orlando on Wednesday afternoon.

The loss marks two straight years in which Pitt (0-1 overall) has started the season by falling to the Golden Knights (1-0 overall), as the Panthers also fell 61-58 last year at home. Under second-year head coach Lance White, five new players saw action in this year’s game.

Junior guard Gabbie Green made two 3-pointers in the first quarter to lead Pitt with six points. Redshirt senior guard Aysia Bugg, back in her first game since recovering from blood clots a season ago, had five points on 2-4 shooting and a 3-pointer.

UCF shot poorly early on, going 4-16 from the field in the first quarter, but managed to mitigate that by going 3-7 from 3-point range, with redshirt senior guard Sianni Martin making all three of the team’s attempts.

The second quarter saw the Golden Knights start to recover, outscoring the Panthers 19-13 to get the deficit down to three points, 33-30, at halftime. UCF senior guard Kay Kay Wright led the comeback by scoring 11 points on 5-6 shooting and a 3-pointer.

Bugg led Pitt in the second quarter, scoring 10 points on 4-7 shooting for a team-high 15 points at half. First-year guard Emy Hayford, who made a 3-pointer, was the only other Panther to score in the quarter. Pitt regressed to 5-12 shooting in the quarter while UCF went 8-14.

After the Panthers scored four points to start the second half, with Green making a 3-pointer and first-year guard Dayshanette Harris making a free throw, the Golden Knights took their first lead of the game on a 17-2 run that put them up 47-39.

Pitt responded with a 7-0 run of its own to pull back within one, only for UCF to rattle off seven straight points and end the quarter with a 54-46 lead.

Both teams shot 50% from the field in the third quarter, though the Golden Knights made eight field goals to the Panthers’ four. UCF also grabbed four offensive rebounds in the quarter, leading to six points that helped it separate from Pitt on the scoreboard.

The Golden Knights only furthered their lead in the fourth quarter, outscoring the Panthers 20-13 to win 74-58 in the end. UCF shot a clean 6-11 from the field and 6-7 from the free-throw. Pitt, on the other hand, struggled, shooting an abysmal 5-19 from the field, including 1-7 from 3-point range.

Green was Pitt’s lone bright spot in the fourth quarter, scoring seven points to finish with a team-high 18 in her first game as a Panther. Bugg faded in the second half, not even attempting a shot in the third quarter and then scoring two points on 1-5 shooting in the fourth. She finished with 17 points, while sophomore guard Ismani Prapa was third on the team with eight points.

The Panthers will next play on Monday at the Petersen Events Center, where they will take on Central Connecticut State at 7 p.m.