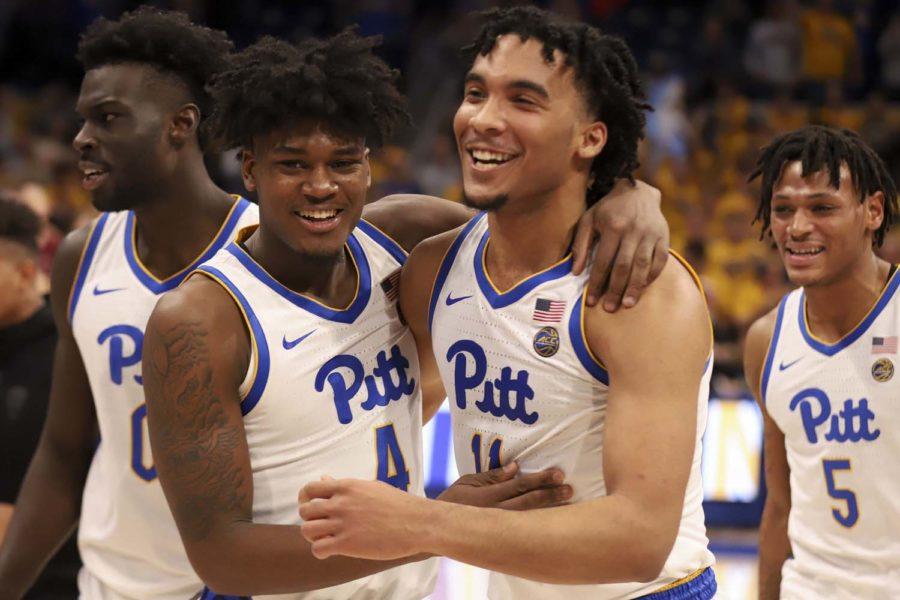 It might not have been pretty, but Pitt men’s basketball got it done. The Panthers, who entered as four-point home underdogs, came through in the final minutes to earn a 63-61 win over ACC foe Florida State in their first game of the 2019-20 campaign.

This game was ugly, especially in the first half. In the first 20 minutes of the Panthers’ season, they shot 24% from the field and recorded nine turnovers. Pitt ended up shooting 31.4% for the game, which was worse than all but three games of its whole 2018-19 campaign. It was its worst shooting performance in a victory since Sports Reference started keeping data in 2010-11.

Compared to their easy tuneup exhibition game against Slippery Rock, the Panthers had a tough time penetrating the lane. Against The Rock, Pitt’s guards got to the rim seemingly at will, scoring 42 points from layups alone. When help did come over on the drive, they were able to kick the ball out for 3-pointers.

Florida State’s towering height and length played a huge factor in protecting the rim, only giving up four Pitt layups. Sophomore guard Xavier Johnson, previously one of Pitt’s strongest finishers in the lane, had a lot of trouble scoring when he did get in the paint, partially due to FSU redshirt sophomore Malik Osborne swatting four Pitt shots.

This forced the Panthers to rely on 3-point shooting and free throws to win the game, though they couldn’t get as many open threes as in their scrimmage. Pitt had several possessions that simply stalled out, with players driving and kicking until somebody had to force up a three. Fortunately for the Panthers, FSU’s foul trouble led to many free throw attempts, as well as three FSU players fouling out of the game, including Osborne.

To be fair to both teams, the lack of offensive consistency might have been caused more by the rust that comes with not having any real games under their belt. Typically, NCAA teams will begin with a few easy opponents to feel out their rotations and schemes before any real test. The ACC’s decision to add excitement by giving each team a conference matchup for their season opener resulted in many low-scoring, lackadaisical offensive performances, like defending national champion Virginia defeating Syracuse 48-34 Wednesday night.

Bench Steps Up in the Clutch

Pitt went with the same starting lineup as in its preseason game, but Johnson and sophomore guard Trey McGowens were the only starters in the game in the last couple of minutes. Though the duo impressively played nearly the whole game, Pitt’s bench provided the necessary spark in the other three spots. Starting forwards Au’Diese Toney and Gerald Drumgoole Jr. both went scoreless against FSU, shooting a combined 0-11 from the field. Graduate transfer forward Eric Hamilton, the final starter, actually played pretty well, but junior forward Terrell Brown’s superior play earned him the second-half minutes.

Junior transfer Ryan Murphy and first-year Justin Champagnie took most of Toney and Drumgoole’s minutes in the end. They combined for five 3-pointers in their first official game as Panthers, scoring 13 and eight points respectively. Murphy also sunk two clutch free throws in the final minute to extend Pitt’s lead to three.

Brown, who started 17 games for the Panthers last year, made a strong case for player of the game. In 22 minutes off the bench, he scored 12 points on an efficient 4-5 shooting and played lockdown defense on FSU’s bigs in the second half.

Despite the ugly offensive performances, credit must be given to Pitt’s defense for getting the necessary stops to start off the season 1-0.

In the last 90 seconds of the game, the Seminoles had four possessions with a chance to tie the game or take the lead. Pitt never gave it up and it escaped with a win — and put the rest of the conference on notice that this is not simply another rebuilding year.