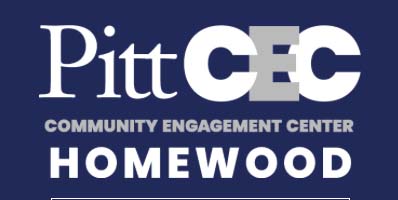 Within a year of its grand opening, more than 4,500 Homewood community members have walked through the doors of Pitt’s community engagement center for one or more of the 660 programs offered, according to director Daren Ellerbee.

Ellerbee, a 2004 Pitt alumni with degrees in communication and rhetoric and Africana studies, said the opening of the center is a large step forward towards a better life for individuals and the community alike.

“Community practitioners like me have been and will continue to work collectively to address many of the inequities present in the lives of the region’s black population, including health, education and economic disparities,” Ellerbee said. “The collective is committed to seeing the quality of life improve for many people who look like me, and that gives me hope. I am thankful to play a part.”

The Homewood Community Engagement Center, run by the University, celebrated its one-year anniversary on Oct. 18. This CEC, along with another future center in the Hill District, are part of Pitt’s Neighborhood Commitments, a University movement to improve engagement with local communities through long-term partnerships. The University is making a minimum 15-year commitment, with a possible extension to at least 25 years, to work with these communities on investment, infrastructure, programming and staff.

The Homewood CEC is a 20,000-square-foot space that includes a science lab, a computer lab, first floor and lower level conference rooms, a seminar room, a classroom and an art gallery featuring work by local artists. These rooms are available for community and Pitt members to rent out.

The center offers a variety of programs for Pitt and for residents of Homewood. For adults, the center offers career information sessions about employment opportunities at Pitt, data literacy and skills training and resources for local entrepreneurs to achieve success through Community Power and to Prosper. The Homewood CEC provides Pitt students, faculty and staff with a place to research and volunteer.

There are also several programs for Homewood’s youth, including Camp BioE, a summer camp that introduces middle and high schoolers to bioengineering, Manhood 2.0, a program that educates boys about respect, nonviolence and healthy sexuality, and the SPIN Project, which offers leadership opportunities for youth to make a difference in their community.

The CEC has an advisory council comprised of 79 members of the Pitt, Homewood and Hill District communities, allowing for continuous input from community members regarding the center and its programs.

George Muirhead, a junior political science major and community assistant with Homewood Community Sports — a local organization that provides kids with various athletic experiences as well as mentorship — said the Homewood CEC provides a place for kids of all backgrounds and from all over the community to come together and interact in friendly competition.

After careful evaluation, the Homewood neighborhood was selected by not just Pitt administration but by the residents themselves. After hosting town halls and community meetings, Homewood extended an invitation to Pitt to implement the CEC. In addition to the invitation, with collaborative efforts from Pitt, the Homewood community created a resource, Online Orientation and Preparation: Homewood, for Pitt faculty, students and staff who are working with the community.

Kate Honan, a sophomore chemical engineering major and a current community assistant at Homewood-Brushton YMCA, said the close partnership between Pitt and Homewood is what makes the CEC program especially influential to the community.

“It’s not Pitt coming in and telling Homewood ‘This is what we’re going to do.’ It’s Pitt coming in and saying ‘Let us work with you. Let us offer you our resources to you, so that you can do what you feel like you need to do,’” Honan said. “It’s just really trying to become an integral part of the community to make sure that we can support Homewood as best we can on their terms.”

Future plans for the center consist of “Phase 2,” with “Phase 1” being the establishment of the main center. Phase 2 is an adjacent “Wellness Pavilion,” with plans for the opening in January 2020. Elizabeth Steiner, a student ambassador with the Homewood CEC, said the wellness pavilion will not be a competitor for local health centers but an expansion upon them. Plans include a kitchen for nutrition classes, physical and occupational therapy offered by the School of Health and Rehabilitation Sciences and medication consultations run by pharmacy students.

As an added measure to support the community on Homewood’s terms, the University did not purchase the property that the CEC is located in, but rather rented the facility from a local church. Lina Dostilio, the associate vice chancellor for community engagement, said Pitt made the intentional decision to rent instead of buy.

“We, in many conversations with our community partners, talked about neighborhoods wanting to retain ownership of their facilities and their land,” Dostillo said. “We felt that was important for us to invest in a community asset, and to be a partner in that.”

Pitt doesn’t intend to stop with Homewood though, as plans of a CEC in the Hill District are already underway for an opening in the near future.

Dostilio said that it is the responsibility of the University and students to work towards bettering the communities around them.

“Higher education has a civic purpose. We have a tremendous opportunity to come together and really build long lasting change — for individuals and for the community, for the City and even for our region,” Dostilio said. “When we get engaged in community work, it completes us. It helps the University of Pittsburgh, to truly be a university of Pittsburgh.”