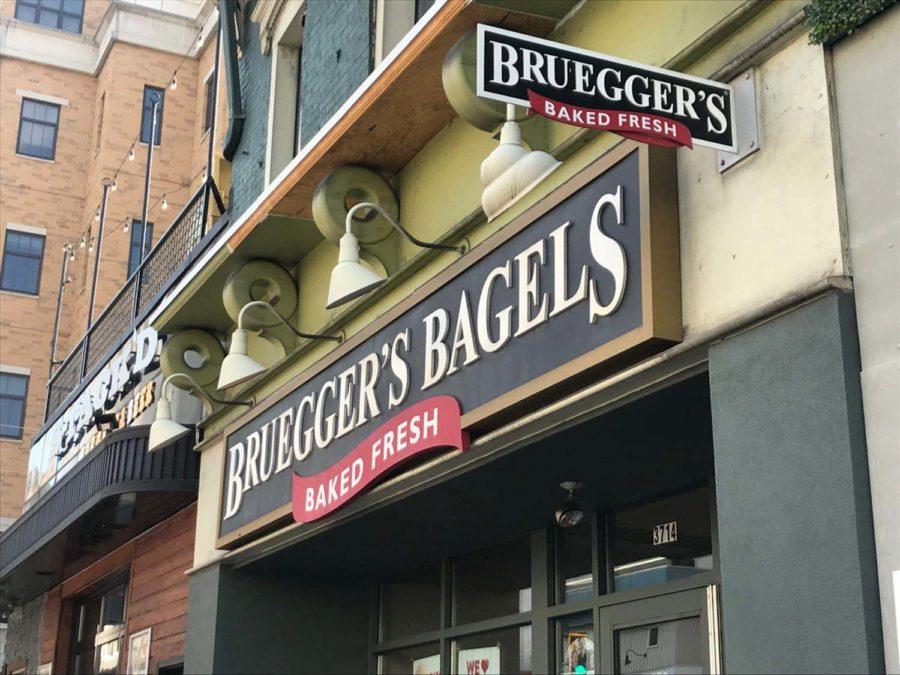 An attempted robbery was conducted on Bruegger’s Bagels on Forbes Avenue on Monday afternoon.

Police are seeking a suspect responsible for an attempted burglary of Bruegger’s Bagels on Forbes Avenue Monday afternoon, according to a crime alert issued to Pitt students the same evening.

University and City police responded to the incident shortly after 4:30 p.m., according to the alert. The victims reported that the man demanded they open the cash register and hand over the money inside. After the victims were unable to open the register, the victims said the suspect left the shop and fled north on Atwood Street.

Though they didn’t see the man holding a weapon, he had a hand inside his pocket, which they assumed contained a firearm, the alert said.

The alert described the suspect as a black man in his 40s with a short, slender build and stubble. At the time of the robbery, he was wearing a hat, a black leather jacket and carpenter-style khaki pants and had a red bag and a blue drawstring backpack.