Pitt plans to add 1,000 beds to campus with Master Plan 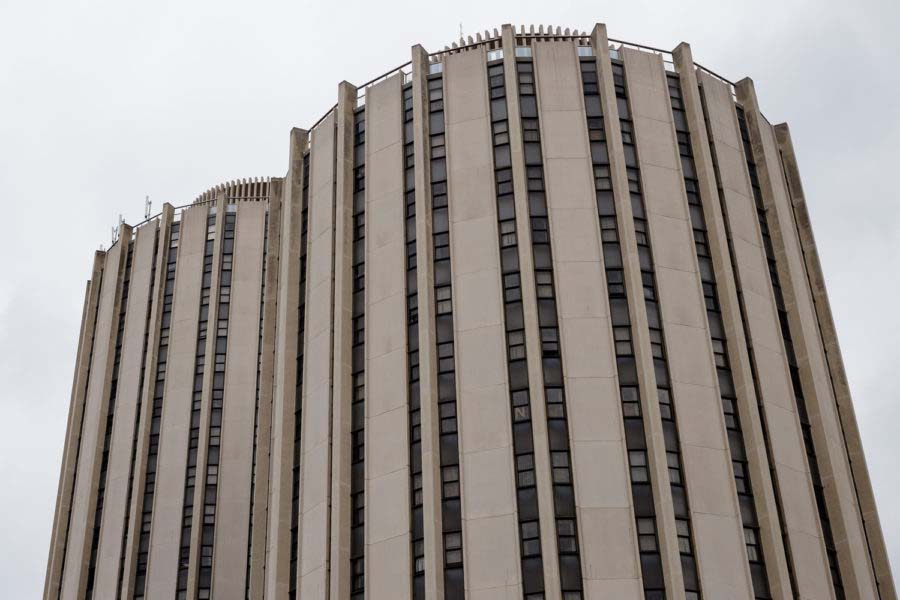 Pitt’s ambitious new Institutional Master Plan may change the way that students live, leading more of them to stay on campus.

The demand for on-campus housing options has grown alongside Pitt’s student population, with many turning to off-campus housing or rooming at third-party locations with Pitt-owned leases like the Wyndham and The Bridge apartments. In response, the Institutional Master Plan, the final draft of which was released in October, includes several projects which, if carried out, will create about 1,000 new on-campus beds.

A product of more than a year’s worth of work, the plan details proposed construction projects taking place across campus over the next 10 to 25 years. These include various additions and renovations to existing Pitt buildings as well as developments which will create entirely new buildings.

Alyssa Chonko lives off-campus in proximity to a proposed site for housing redevelopments, the apartment-style Pitt housing building Bouquet Gardens. The IMP describes the addition of beds and new amenities at this location.

Chonko, a senior finance and marketing major, said she has mixed feelings about the redevelopment.

“I think that it’s good, since everybody wants Bouquet Gardens in the first place and there’s only a limited amount [of spaces], but having a lot of construction would be bad,” Chonko said.

Along with the changes coming to Bouquet Gardens, housing redevelopments and developments are set to occur at various other locations.

The base of Towers may become home to added student spaces, enclosures and an atrium, with plans to “de-densify” it to combat overcrowding. While this, along with the closure of Lothrop Hall to make room for an Integrated Health Sciences Complex and the closure of Forbes Hall for further redevelopment, will result in the loss of beds, other projects are meant to make up for this. The redevelopments taking place at Oakwood Apartments and Franklin Apartment Complex will also add more beds. The Fraternity Complex and Forbes-Craig Apartments mark other sites for redevelopment.

Pitt held a number of meetings for community input on the master plan, and the IMP dictates Pitt’s continued involvement in various forms of community engagement, such as participating in community meetings and in the Oakland neighborhood planning process, throughout the implementation of the plan. Along with this, a stressed aspect of the IMP is its flexibility, so none of the projects are completely set in stone, pending further approval and community feedback, which can be submitted until Dec. 2.

“The by-products of our size and growth can create challenges for residents who live close to us. They can also create benefits, if our programs and services that are open to the community are well publicized, accessible and thoughtfully engaged with our neighbors,” a section of the IMP reads.

Domenico Andreoli Sr., a 1986 Pitt graduate, said he’s faced numerous challenges living close to Pitt’s campus. Andreoli, who cares for his elderly parents at his Oakland home, said he has had incidents in which college students have urinated on his property, cursed at him and thrown a bottle through a window, making him eager to sell the home once his parents pass on.

“I don’t want to live here,” Andreoli said. “Kids like that have no respect for their elders.”

Andreoli said he has received offers on the house before and does not expect that selling it will be very hard. To prevent further conflicts between generations, he said he thinks the best thing for Pitt to do moving forward would be to buy out the remaining private homes like his, as most of the original population has already left.

However, Andreoli also said the University expanding changes the feeling of Oakland.

“This was a melting pot … we had a multicultural thing here, it was great,” he said. “[But now] it’s lost.”

Chonko also mentioned the greater need for respect between Pitt students and surrounding neighborhood residents and the challenge that addressing the tensions presents.

“I know a lot of times they have a lot of issues with people being too loud and stuff like that … they hate that students live here and are loud sometimes, but we all go to school here, so there’s not much you can do about it.”

Along with housing changes, the IMP outlines many other proposals which focus on creating or improving spaces for student life, academics, athletics and the streets around campus.

Chonko was hopeful about the implementation of the IMP, saying that the Pitt campus is in need of some attention.

“I think it’s great that they’re trying to expand it and update it because I think it’s so outdated, so hopefully they can do it in a timely manner,” Chonko said. “I’m sad I won’t be here to see it all.”