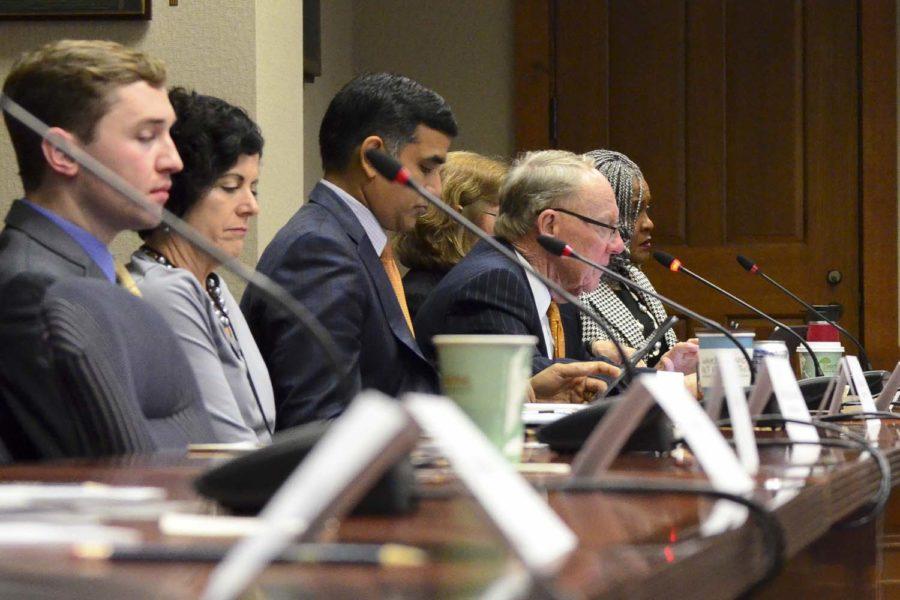 Pitt’s Board of Trustees discussed a proposed $10 million project to renovate all 21 floors of Litchfield Tower B on a meeting Monday morning.

The bathrooms in Litchfield Tower B will soon receive a face-lift, following project approval by the properties and facilities committee of the Board of Trustees.

The $10 million project will renovate bathrooms on all 21 floors of the residence hall, featuring a new layout, finishes and fixtures, an increased shower count and new mechanical, electrical and plumbing infrastructure.

Greg Scott, the senior vice chancellor for business and operations, said the project will begin once students move out in April, and will conclude by the time students move in for the 2020-21 academic year.

At a public meeting in Posvar Hall Monday morning, the committee unanimously approved the bathroom renovation project, as well as two other projects — a major step in continuing to turn the Campus Master Plan into reality.

The committee approved $17 million to relocate existing utilities and infrastructure, and reconfigure University Drive C, in preparation for construction of the recreation and wellness center on middle campus. The center will be located on O’Hara Street, at the current site of the Learning Research and Development Center and the O’Hara parking garage.

The University signed a 15-year lease in April for space in the former Pittsburgh Athletic Association building, located at the corner of Fifth Avenue and Bigelow Boulevard, which will be used in part to house the LRDC.

The committee also approved a $20 million project to replace six existing chillers at the Thomas E. Starzl Biomedical Science Tower. The project will increase the plant’s total capacity from 10,000 to 15,000 tons, provide cooling capacity to serve Scaife Hall and its new addition, as well as provide additional operational flexibility.