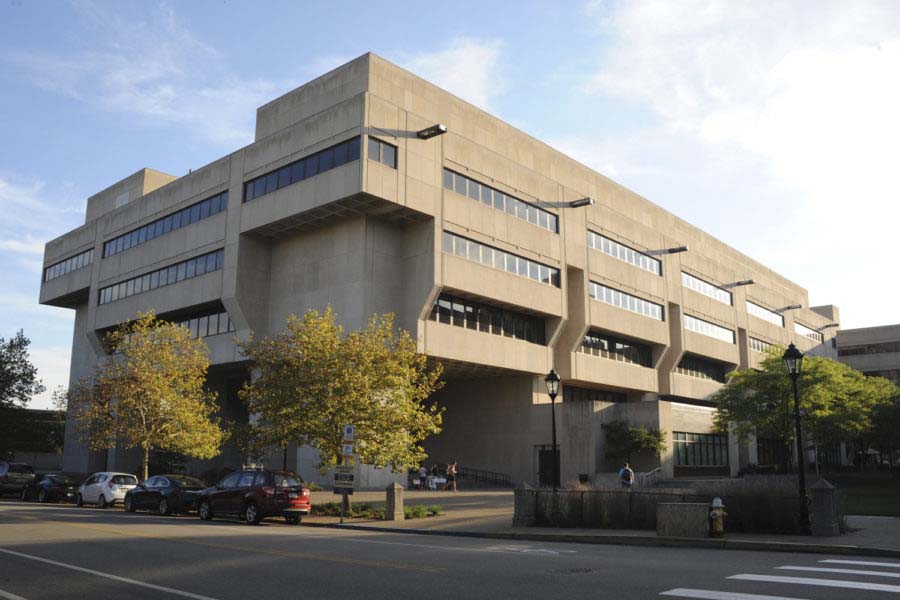 Multiple club leaders received an email from Pitt’s Student Organization Resource Center last Friday prohibiting the groups from practicing in the open spaces in Posvar Hall after some students complained of noise.

Nithya Kasibhatla, president of Pitt Nrityamala, said she received the surprising letter from Pitt, which was sent to all student organization leaders. The letter explained that dance groups like hers would no longer be able to practice in Posvar or risk losing access to EMS, the University’s online platform to book on-campus spaces.

“It was so last minute and a shock because we had never got any indication that we would get banned. I had the impression that Posvar was an open space to be used by anyone,” Kasibhatla, a sophomore chemistry and English double major, said. “We did feel that it had an impact on cultural groups specifically. The attitude toward people practicing in Posvar tends to be more aggressive toward the cultural teams.”

The letter had been issued a day after an online petition was created by a student last Thursday arguing that the groups should have a different, more suitable place to practice so other students can utilize Posvar as a quiet study space.

University spokesperson Kevin Zwick said the new restrictions were not a direct result of the petition and have always been in place by the University.

“There is not a new policy regarding the use of Posvar Hall,” Zwick said. “Each year, Student Affairs receives noise complaints from members of our community who are trying to study in the designated study areas of the building.”

After the Indian dance teams drafted a joint letter last weekend to University administrators explaining the clubs’ reliance on Posvar and their difficulty in booking other spaces on campus, SORC offered the teams new practice rooms at a Tuesday meeting.

Kasibhatla said the meeting was very informative and SORC helped find different practice spaces, such as the ballroom in Alumni Hall, as well as new rooms in the William Pitt Union and Trees Hall.

“The school has been helpful. They took time out of their busy schedule and offered many solutions for us like recommending different practice spaces in the WPU for instance,” Kasibhatla said. “Years past we always felt that we were on our own. It’s definitely become clear that they are willing to accommodate us if we reach out.”

Kasibhatla said the biggest reason they didn’t utilize some of the spaces earlier is because they weren’t aware they were allowed.

“The biggest issue that came up during this meeting was that we weren’t made aware of the some of the opportunities that we had,” Kasibhatla said. “We’ve been to the training sessions, and we still didn’t know that they were available to us. If we did try to use some of the other spaces we were kicked out.”

Mekhala Rao, president of Pitt Mastana, said she feels that the cultural groups, which bring Pitt a lot of attention in the dance community nationally, are often overlooked on campus.

“In the Indian dance circuit, Pitt is known as a cultural hub and a powerhouse of Indian dance because all our teams are successful. When we go to competitions, people recognize us,” Rao, a senior sociology major, said. “When we come back to school we don’t get treated the same way. Whenever we see posts on Reddit it’s always like, ‘Why do the brown people dance in Posvar?’”

Rao added that Posvar was not her team’s first choice, but their only choice.

“Posvar isn’t our first choice either. It’s our only option as a dance team at Pitt,” Rao said. “Some of the dances we do we don’t wear shoes. It’s part of our culture. It’s part of our respect toward the dance itself. We get splinters and cuts, our knees always have bruises constantly and there are no mirrors.”

Gloria Givler, a first-year industrial engineering major, started a petition last Thursday — which currently has 33 signatures — arguing that the groups should have a different, more suitable place to practice so other students can utilize Posvar as a quiet study space. Givler said she created the petition jokingly while she was frustrated trying to study in Posvar, but she didn’t realize when she created the petition why there aren’t enough practice spaces for the groups.

“I was studying for my physics midterm and the dance teams were playing music really loudly. I was studying with a friend who said as a joke, ‘We should make a petition.’ But then I was really frustrated, so I decided to do it,” Givler said. “The University is so big. It seems ridiculous to me that they don’t have space for them.”

She added that her intention was not to negatively impact the teams, but draw attention to the issue.

“If the choice comes down to them practicing in Posvar or them not existing, I would much rather them practice in Posvar,” Givler said. “It’s disappointing that the University isn’t giving them the proper facilities, because they should be valued just as much as other student organizations.”

Other students at Pitt agree that the dance teams practicing in Posvar hinders their studying.

Rachel Black, a sophomore psychology and French double major, said the loud music is distracting and discourages her from studying in Posvar. But, she also said she empathizes with the dance teams and thinks they deserve more respect.

“I do find them distracticing at night when they’re playing their music very loudly,” Black said. “But I don’t want to kick them out and leave them nowhere to practice. I think we should give the arts the respect they deserve.”

Kasibhatla said she believes the petition was created with good intentions, but was upset by its language that she felt targeted certain dance groups.

“I really appreciate that people want us to have other spaces because we want that too, but it felt aggressive and kind of like an attack,” Kasibhatla said. “She ultimately had good intentions and we appreciate that, but some of the phraseology was very aggressive.”

Rao said that, in the midst of this disruption, she wants her fellow students to understand what her team goes through to practice their routine.

“If everyone watched our eight-minute set, they would understand that we wouldn’t be practicing there if we didn’t have to,” Rao said. “Have a little more empathy for your fellow Pitt students. We’re just trying to get by.”