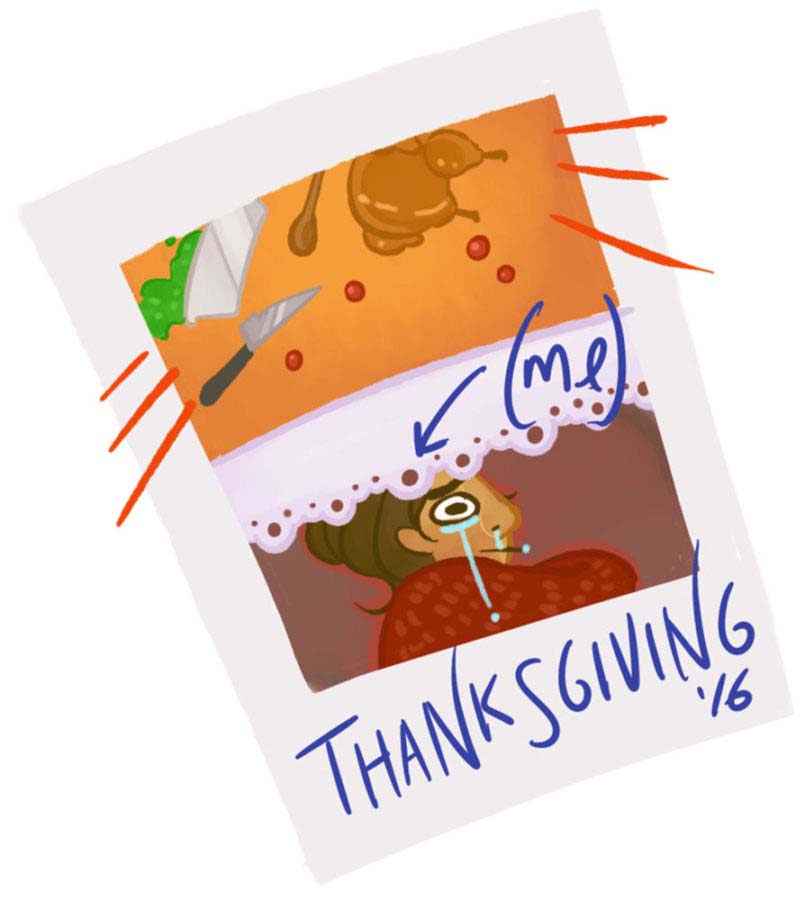 As a true foodie, I spend half the year looking forward to Thanksgiving’s turkey and stuffing — but the endless pile of books and five essay rubrics in front of me made my favorite meal of the year slightly harder to enjoy this time around.

Unfortunately, the schedule change has had the opposite effect. Without a brief break in the fall, the semester has felt painfully long — and while a week-long break feels much-needed, that’s hardly what professors have granted students this week. Not only has the week enhanced stress levels, but as Pitt is one of the few colleges with a break this lengthy, it’s also inconvenient.

In my past experience, many professors generously granted students the time off over Thanksgiving since there was only a few days of a break. Since the break only lasted Wednesday through Sunday, professors often made assignment due dates before the break. If there were assignments over break, they were rare and minor. Unfortunately, this time around, it seems like more professors — especially those in the humanities departments — have assigned projects and papers over break or final projects due the week of return.

Tess Nelson, a junior history major, said she has assignments due in four out of her five classes within the first two days she comes back. While she may end the semester early since her schedule is clear finals week, she also has essentially had no break since the start of the semester.

“I spent every day at home working on my final projects and papers so that I could at least attend Thanksgiving,” Nelson said. “I barely got the chance to see friends this break.”

Sophia Felix, a third-year student studying Politics and Philosophy, said she definitely felt an increase in workload this Thanksgiving break, which made it hard for her to see family and friends in town.

This trend has divided ‘finals’ week into a three-week period before winter break that elongates the emotional burden on students. Moreover, it’s made the coming weeks stressful and not only removed the purpose of a week-long break, but ruined the few days students do have to spend stress-free with family and friends. Since many students have not seen their family or friends for months, this schedule change really hinders their ability to spend quality time that they missed out on previously in the year.

In addition to the emotional burden of a heavy workload, many students do not feel adapted or even comfortable working in their home environments. For students who have adjusted to certain study spots on campus, this transition can not only feel frustrating, but can also affect performance on school work. Not only does consistency in study environments result in better attention, but psychological research has shown environments specifically designated for learning increases student performance.

Felix said this was another downside to the workload she had over break.

Perhaps one small assignment wouldn’t be as much of a struggle to complete, but the expectation to finish multiple final projects at home definitely causes issues for students who feel out of place or unfocused in certain environments.

Pitt’s schedule change also seems unnecessary because most other schools do not go on break until the Tuesday or Wednesday before Thanksgiving. Other state universities in the area, like University of Maryland, Rutgers and Ohio State all begin break the Wednesday of Thanksgiving, and schools in the area, like Carnegie Mellon, also get out the Wednesday before. Even if students are lucky enough to evade the extraneous workload the week of Thanksgiving, they have a surplus of days at home where their families most likely work, and their friends may not be around yet.

These few days of boredom could have easily been dispersed towards another day or two off earlier in the semester.

For some students, the break may feel like a much needed getaway. However, since the schedule change is uncommon and poses some valid issues for students, Pitt should consider revising it in the upcoming fall semester.