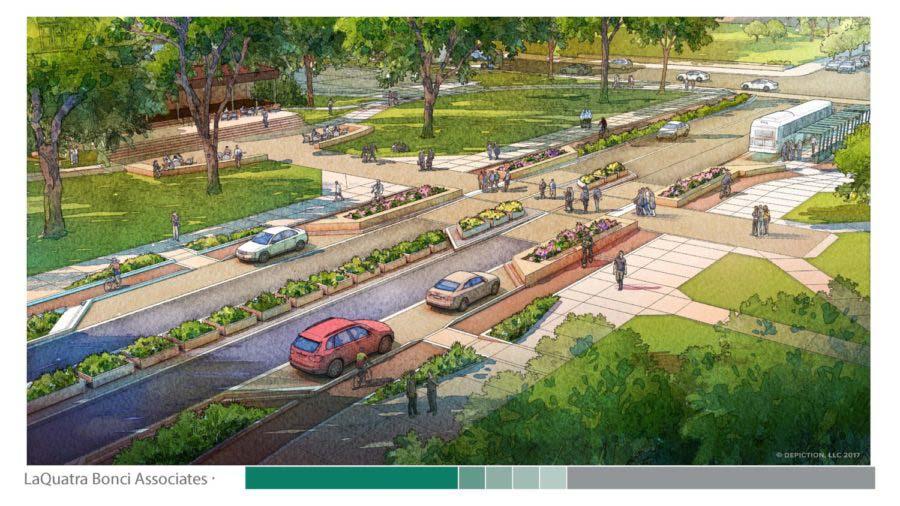 According to the online timeline of the Bigelow project, phase one focused on “utility infrastructure improvements” by installing utility lines on Bigelow.

The usually long line of cars on Bigelow Boulevard between Forbes and Fifth avenues has been replaced with a steady chorus of excavators, dump trucks and other heavy machinery one month into the first phase of the road’s reconstruction.

Greg Scott, Pitt’s senior vice chancellor for business and operations, said the $23.7 million construction concerto is running on schedule with little to no problems.

The project, financed by Pitt, in partnership with the commonwealth and the City, aims to improve safety and traffic flow in the area by expanding crosswalks and sidewalks and improving bus stop areas. Accessibility between the Cathedral and the William Pitt Union will also be “significantly improved.”

But as the first phase of the project comes to a conclusion, the second phase is set to begin in the next several weeks.

Phase two, which will last from mid-December until June 2020, will include several improvements to Bigelow and the William Pitt Union’s grounds. The Bigelow utility work will continue, expanding to the Union, around which major landscaping will occur, along with replacement of the current driveway with new outdoor programming space. Bigelow’s streetscaping will also begin in this phase, with the installation of new bike lanes, a center crosswalk and sidewalks, resulting in safety and accessibility improvements.

The second phase of construction will also bring a new set of closures — the Union’s grounds, the sidewalk on Forbes Avenue and the edge of the sidewalk on Fifth Avenue will be shuttered during the renovations.

The original construction plan called for the Union’s grounds to completely close, but University spokesperson Kevin Zwick said the plan was changed to keep more of the Union open to community members.

Zwick added that the University is currently assessing whether the Union’s Lower Lounge or Bigelow Porch will need to be utilized as additional pathways during the construction.

The third and final phase of the project, slated to happen from June to August 2020, includes general landscaping and plaza and road upgrades along Fifth and Forbes avenues, in addition to Bigelow Boulevard and the Union. This phase will finish before Welcome Week in August 2020 to be ready for the next incoming class of first-year students.