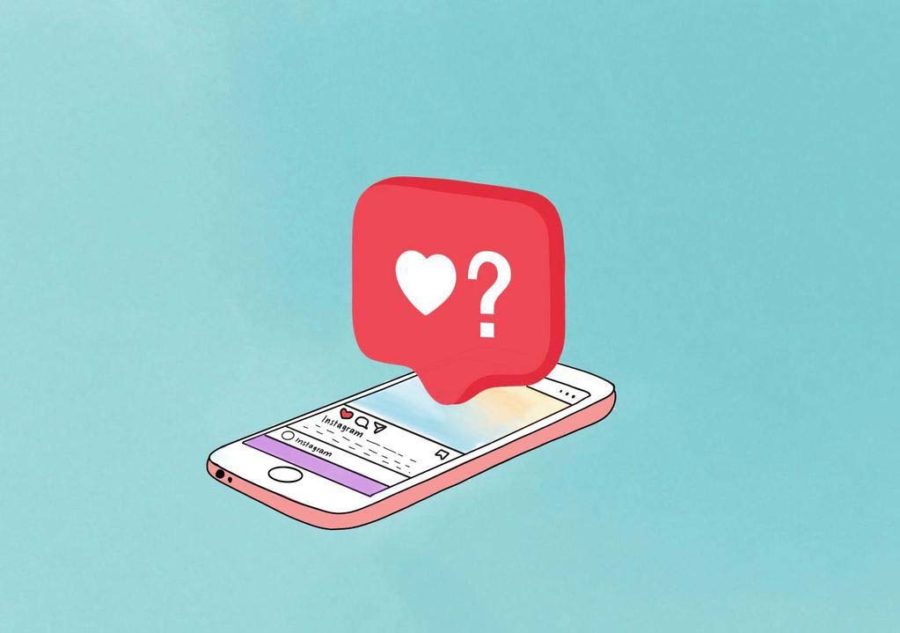 After taking hundreds of photos, finally selecting that perfect shot, editing it for hours, applying filters and coming up with a clever caption, you finally post your masterpiece to your Instagram feed. You proceed to refresh the page over and over again, waiting for the likes to build up. Ten minutes pass by and you only have two likes? You look at your friend’s post and they already have 40 likes, and they posted their photo after you! Do you dare delete it out of embarrassment?

This dilemma that many young people on Instagram face today may no longer exist in the near future. The popular social media platform is currently testing out the removal of likes from accounts all over the world, including most recently in the United States. Instagram is not removing likes completely, however they are restricting users from viewing the amount of likes that other users are receiving. People can still see the likes on their own posts but they will no longer be able to compare their like count to others.

Instagram CEO Adam Mosseri explained the idea behind this is to “depressurize Instagram” in order to foster a less competitive atmosphere. This is definitely a positive move by Instagram to alleviate the self-esteem issues that people experience as a result of the app. However, the inability to view other users’ likes certainly will not solve the issue as a whole.

Instagram announced back in July it was going to test hiding likes in Australia, Brazil, Canada, Ireland, Italy, Japan and New Zealand. But more recently, Mosseri said at the Wired25 conference on Nov. 8 that some accounts in the United States can expect their like counts to disappear from public view. In an interview with Wired, Mosseri explained that one of the goals of this experiment is to prioritize young people’s needs over bigger companies and brands that are trying to sell things through the app.

A 2017 report from the United Kingdom’s Royal Society for Public Health examined the impact that different social media platforms have on mental health by surveying people aged 16-24 in the United Kingdom about how different social media platforms affect their health and wellbeing. Snapchat and Instagram were ranked as the most negative social media apps for mental health, with YouTube ranked as the most positive. Some of the health and wellbeing-related issues that RSPH found to stem from social media include anxiety, depression, loneliness, body image issues, self identity issues, bullying and FoMO — the fear of missing out.

Instagram’s plan to restrict people’s access to view others’ likes is not going to eliminate the negative effects caused by social platforms like Snapchat and Instagram. People will still be able to compare their photos to other models and influencers that they encounter on the app. Despite what Instagram executives say about shifting the focus from the amount of likes a person gets to the actual content of the photos themselves, it is unlikely there will be much shift in terms of the mental health impact that Instagram creates.

Although the “like” feature on Instagram is certainly dangerous, as many people equate their like count to their own personal worth, the main issue with the app lies in the photos themselves. Niamh McDade, the communications executive at RSPH, said the lack of control that Instagram users have as they are scrolling through photos is what can be damaging to their mental health.

“You quite often see images that claim to be showing you reality, yet aren’t,” McDade said. “That’s especially damaging to young men and women.”

There are many influencers and others who use Instagram as a way to portray their lives as perfect, when in reality, it is almost impossible to live such a pristine and aesthetically pleasing lifestyle. For instance, a fashion blogger on Instagram, Scarlett Dixon, has in the past faced criticism for posting unrealistic photos and captions, always in full makeup and hair, often posing in beautiful locations around the world.

Her account may seem harmless on the surface, but it is the cheery and attractive nature of her feed that actually has the potential to make others feel less than or worse about themselves. Because Instagram is encouraging these upbeat yet artificial types of posts, it causes poor self esteem issues for many users. Even Dixon herself has admitted that a lot of her posts are staged and many are used for sponsorships.

Essentially, likes are not the root cause of this issue. Yes, likes certainly contribute to the problem, but this image-based platform has a long way to go if they truly want to depressurize Instagram culture.

Another flaw in this test to remove likes is that many people who have Instagram also tend to use Facebook and Twitter, which are platforms that still include the “liking” feature. Therefore, even if people are able to avoid the popularity contest of likes on Instagram, they can still hop over to Facebook to compare like counts there. Funnily enough, Facebook experimented with hiding likes as well in September of this year, when they ran a limited test that made likes, reactions and video view counts private. A Facebook representative said they would gather feedback to see if people like the changes, but there have not been any updates since then.

The response to these changes to Instagram has been very mixed. Whereas some influencers like Kim Kardashian West believe this move will be “beneficial” for people’s mental health, others like Cardi B feel the problem with Instagram is the comments, not necessarily likes. In an Instagram video, she said that people in the comments are always “starting the craziest arguments [and] starting to race-bait.”

Nicki Minaj even tweeted that she will no longer use Instagram once likes are removed. She argues that this would restrict artists from seeing how their fans are responding to their work. This could be a similar problem for other influencers and business owners whose careers and overall image is reliant on the number of likes they receive.

Overall, the hiding of likes is not likely going to change much in terms of improving the mental health of young people. They can still compare their bodies and hairstyles to other users and feel like they are missing out or have inferior lives to others. It is reassuring that Instagram is making strides to alleviate the pressure people feel when their posts do not receive the amount of attention they had hoped for, but the anxiety that surrounds the app is not going to simply disappear.