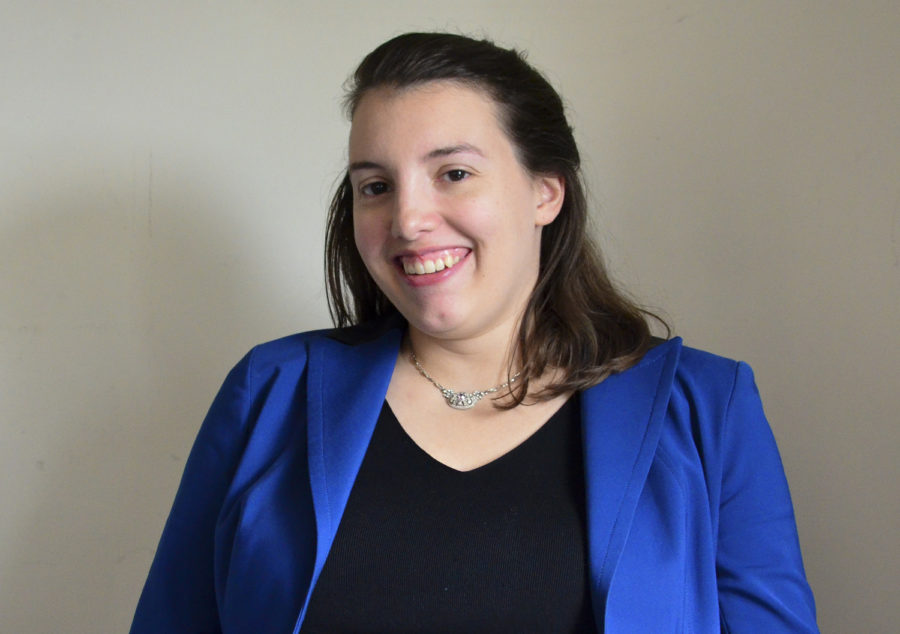 Jessica Benham, director of development at the Pittsburgh Center for Autistic Advocacy, will challenge Democratic incumbent Harry Readshaw for the District 36 seat in the state House of Representatives.

On a quiet road in residential Mt. Oliver, about 50 people gathered at a small, local cafe and bar Thursday night to formally kick off Jessica Benham’s campaign to be state representative of House District 36. She took the stage with a microphone in one hand and a sense of humor in the other.

“I talk with my hands, so I have to have at least one of them free,” Benham said.

Benham, a Pittsburgh native, has had a wide range of experiences prior to running for state House — she recently earned her master’s at Pitt in bioethics with a focus on health care, is currently pursuing a Ph.D. in communications at Pitt and is the founder of the Pittsburgh Center for Autism Advocacy. If elected, Benham would be the first woman elected to represent District 36, and the first autistic person in a state legislature in the country.

The district she wants to lead spans South Side and many southern Pittsburgh neighborhoods and suburbs, including Mt. Washington, Mt. Oliver and Brentwood, representing a population of about 60,000, according to Ballotpedia. But for the Benham campaign, the biggest issue is getting her name out to residents.

“Everybody in the district knows the incumbent. He’s been a member of the community in a pretty integral way,” Rajah Sandor said. “We’re going up against a lot of name recognition.”

Readshaw, a 25-year incumbent, is a “blue-dog Democrat,” or a Democrat who votes more conservatively on social issues. Sandor, Benham’s campaign manager, understands the uphill battle the campaign faces. Readshaw has faced a primary challenge only once in the past decade, and won handily by a margin of more than 20 points.

Which is why Benham is running a “people-powered movement” in her effort to get into the state legislature. She’s focusing on issues that she knows plagues people in the district in the hopes that her message will get out and resonate with residents.

Benham said her “number one priority” is rebuilding the infrastructure that has been degrading for years. In particular, she wants to focus on Route 51, a major thoroughfare that stretches from the confluence of the rivers down south through District 36. The road faces frequent floods, as a result of major rainfall and flat areas that collect water, something that Sandor said residents are concerned about.

“There are more than a few members of the community that every time during the fall and spring really worry that this is the year their house is going to collapse in a mudslide,” Sandor said.

While other public infrastructure, such as bridge and step maintenance and public transit access, are on her docket, she is also campaigning on workers’ rights and health care issues. As a graduate student at Pitt, Benham has also worked on the graduate student union campaign, something she said qualifies her to pioneer other workers’ campaigns in the county.

“Fighting back against a union-busting employer has only strengthened my resolve to advocate for workers’ rights, believing that every job should pay enough to cover living expenses and that unions give working people back the power,” Benham said.

The Allegheny County Health Department found in 2018 that parts of District 36, particularly Mt. Oliver, were hot spots for opioid overdoses in Allegheny County. Addressing the opioid epidemic was a central part of Benham’s campaign speech.

“For the past decade, District 36 has been the epicenter of the opioid epidemic in Allegheny County,” Benham said. “We must compassionately address both the root causes of addiction, like poverty and lack of access to health care, while at the same time handling the immediate, detrimental impacts on our neighborhoods.”

In addition to addressing the opioid epidemic, Benham wants to start a conversation about implementing health care for all in Pennsylvania, regardless of nationwide progress on the issue.

“She’s not running for a national office,” Sandor said. “That’s a conversation she wants to have on the state level and see what sort of traction that she can get, see what that path looks like and work towards something that is a lot more equitable for everyone in the state.”

Williams, who won her first term by a margin of 797 votes in the 2018 midterms, lauded Benham’s disability rights advocacy work at the kickoff, noting that she’s already consulted with Benham on bills to protect the rights of those with disabilities in Pennsylvania.

“As a new state senator, you try to ask around and see the word on the block of who do you talk to when an issue comes up,” Williams said. “I didn’t have to do that on issues of disability rights because I knew Jess was the person to call.”

Kraus said Benham is the “perfect” candidate to unseat Readshaw.

“It’s important that we relinquish those seats so that bright, articulate, passionate people that have the skill and the expertise and the knowledge to take those seats have the opportunity to do that,” Kraus said. “I believe … with all my heart that she is absolutely the perfect person at the perfect time in this perfect place that needs to take that seat.”

While she will face a formidable incumbent in the upcoming primary, Benham said she will work hard to gain the vote of the residents of District 36.

“This is a movement founded on the idea that when people who have been marginalized, when communities who have been ignored come together, we can retake power for the people,” Benham said.