Pitt volleyball enters NCAA Tournament with chip on its shoulder 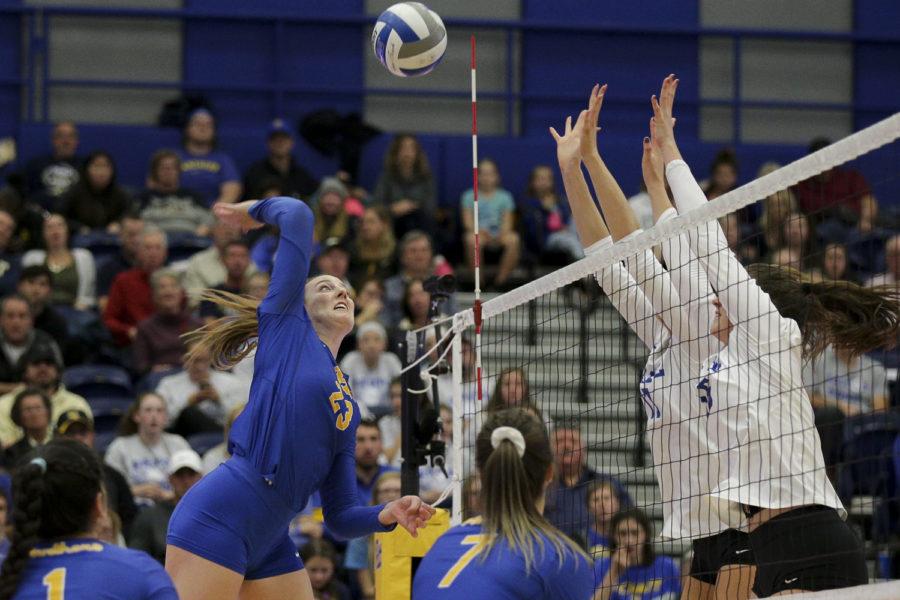 The No. 6 seed Panthers (29-1 overall, 18-0 ACC) host the Howard Bison (20-12 overall, 14-1 MEAC) at 7 p.m. in the first round of the 2019 NCAA volleyball tournament. It’s the highest Pitt has ever been seeded, but many Panther fans were outraged by the selection committee’s decision and felt the program was disrespected.

Pitt, the first team to go unbeaten in the ACC since 2004, is ranked No. 2 in the nation in the AVCA coaches poll and No. 4 in the Rating Percentage Index, which takes into account the strength of a team’s schedule. A top-four seed meant the team would have hosted every matchup until the Final Four, which will be played a couple miles down the road at PPG Paints Arena.

Michelle Durban of the NCAA Volleyball Committee Chair explained the decision in an online video after it was announced.

Pitt’s players were surprised as well, but they moved forward quickly with new motivation.

“That was mostly kind of a shock to us, getting top four we knew that it could go either way,” junior outside hitter Kayla Lund said during a Thursday interview. “But then I think when we saw we weren’t top-five we were like, ‘Alright, we have a little more of a chip on our shoulder now.’”

Lund was one of the many Panthers that shone when the All-ACC teams were announced on Monday. Leading the Pitt squad with 3.59 kills per game, she took home the ACC Player of the Year award.

“It’s a huge honor to be recognized, but at the same time I really think anybody on our roster could’ve been given that award,” she said. “We just have such a high level that all of our teammates are playing at.”

Ndee, who ranks second on the team in kills and blocks, said the recognition goes to show how hard her teammates have worked to get to this point.

“It’s basically just a culmination of all the work we’ve been putting in,” she said. “It’s just really cool to see how far our team has come. Seeing six of our players be on All-ACC teams is really cool.”

It’s no secret that Pitt’s conference affiliation had something to do with the seeding snub. Pitt is the only ACC team in the top 25, so a third-straight conference championship for the Panthers did not do much to sway the committee’s mind.

No ACC team has ever won a national championship in volleyball or even made it to the Final Four. Last year, the Panthers lost Lund to an injury in their first-round Tournament game and fell to Michigan the next round in a five-set heartbreaker. With no significant injuries plaguing the team currently, now is the best chance for a run that could change the narrative of ACC volleyball in the national scope.

“Not even for the ACC, but for our own reputation,” Lund said. “Since we are a newly built volleyball program, I think in times past we’ve gotten discredited because we’re in the ACC, our strength-of-schedule isn’t that strong and our conference isn’t that strong. Definitely going into the tournament, this is our time to really prove that this is where we belong and that we can hang with the top teams in the nation.”

The road to the Final Four won’t be easy. If the Panthers can win their first- and second-round games at the Pete this weekend, they will likely have to travel to California to play No. 11 seed Penn State (24-5 overall, 17-3 Big Ten), who they split two matches with earlier this season.

If that weren’t enough of a test, the defending national champion, No. 3 seed Stanford, (24-4 overall, 18-2 Pac-12) stands in their way for a semifinal appearance as well.

Regardless of how the postseason turns out, nothing can take away from what the Panthers have accomplished this season. Still, the players understand that nothing would silence the naysayers like a deep tournament run.

“I think it’s kind of a testament to how far our program has come, that we’re even somewhat disappointed in getting No. 6,” Ndee said. “We can prove ourselves in the tournament. That’s the good thing about it, you get to play and show how good you are.”