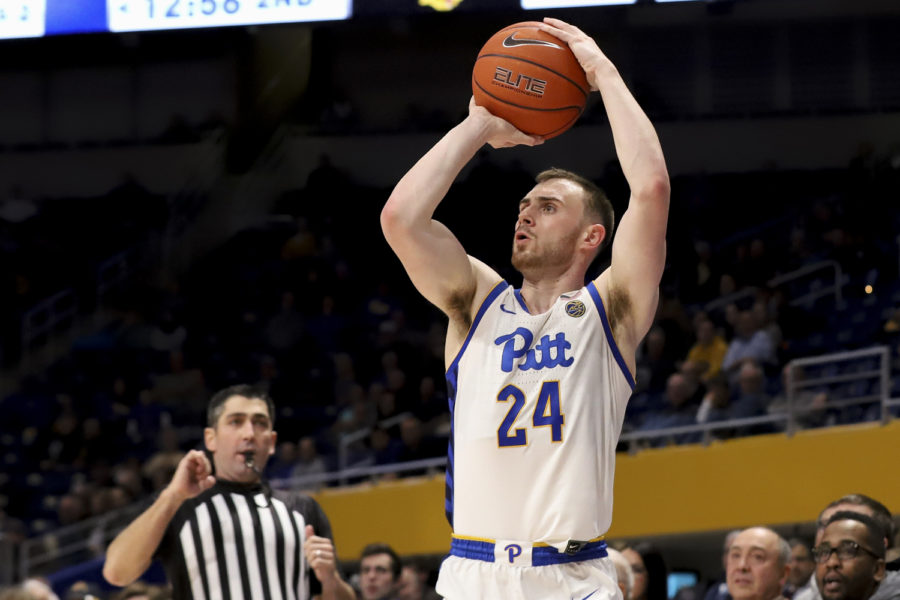 Pitt men’s basketball entered Friday night’s home game against Binghamton as 18.5-point favorites. With the Panthers coming off a sloppy nine-point win over Northern Illinois Monday night — and having lost to Southland Conference opponent Nicholls State on the same floor in November — some were likely licking their chops at those odds.

Hopefully, those bettors weren’t depending on that cash to cover their holiday gift expenses.

The Panthers smashed the spread and put to bed any doubts about their ability to take care of business against smaller schools, dominating their America East Conference opponent 79-53 in their most lopsided win this season.

The team’s 17 assists tied its second-best mark of the season, but Pitt really made its mark on the defensive side of the ball, setting a season-high in turnovers forced (27) and steals (15). Murphy and Toney spearheaded the effort with four steals apiece. The Panthers also blocked a season-high nine shots, led by three blocks from junior center Terrell Brown.

A Pitt victory only seemed uncertain during the game’s first four minutes, an ugly stretch where the Panthers couldn’t get a shot to fall and went down 5-0.

Sophomore guard Trey McGowens played the role of finisher against Northern Illinois the previous game, hitting a late dagger to crack open a decisive lead. This time he got things started, scoring 10 of Pitt’s first 14 points to give his team a 14-11 lead midway through the first half.

The Panthers never looked back from there, only widening their lead until it stood at 41-21 by halftime.

Pitt turned on the cruise control in the second half, and Murphy kept the offense alive by draining three of his five 3-point attempts, snapping an 0-8 spell dating back to two games ago.

For Binghamton, sophomore guard Sam Sessoms was the only player who could seem to find the bottom of the net. He shot 9-19 overall and a crisp 5-11 from 3-point range for 23 points, but no other Bearcat cracked double digits.

The win puts Pitt at 9-3 for the season while dropping Binghamton to 5-7. Now winners of seven of their last eight, the Panthers will look to keep things rolling when they host Canisius next Monday at noon.