Pitt offense goes off in 87-79 win over Canisius 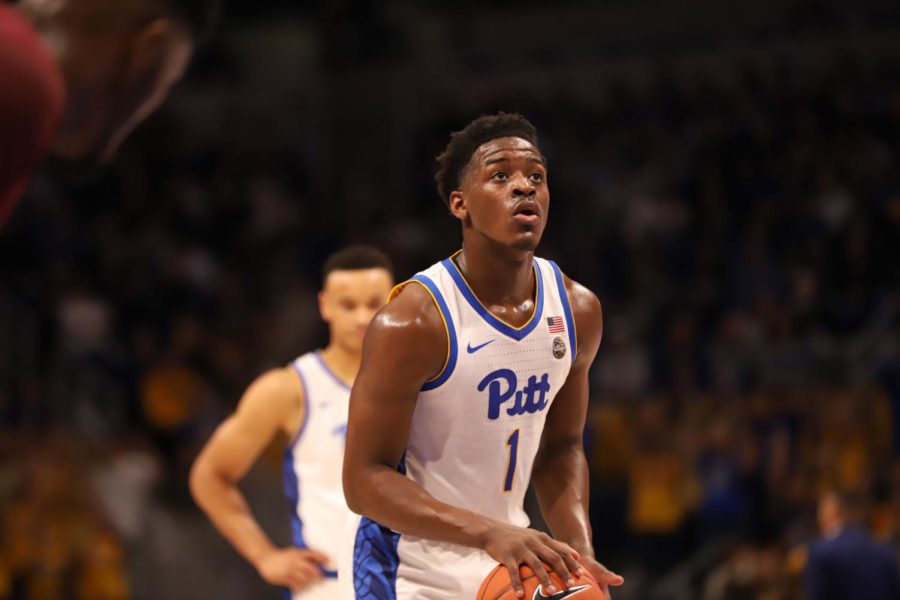 The Pitt men’s basketball team scored a season-high 87 points — while conceding a season-high 79 — in a home victory over Canisius Monday afternoon.

First-year forward Justin Champagnie led the Panthers’ offensive explosion, tying his season-high with 21 points on five of six shooting from beyond the arc. The performance snapped a season-long shooting slump during which the upstart frosh shot 13.5% from deep.

Defensively, however, Pitt struggled to keep Canisius from getting whatever it wanted. The Golden Griffins shot a crisp 48% from the field and outperformed Pitt in the paint, coming down with 17 offensive rebounds and scoring 18 second-chance points.

An 8-0 run from Champagnie to start the game gave Pitt a cushion it would never relinquish, though Canisius kept pace despite trailing 23-10 early.

With Pitt clinging to a 67-66 lead with seven minutes remaining in the second half, it was Johnson who took over and helped his team separate for good. He converted consecutive 3-point plays to put Pitt up five, and the Panthers made a season-high 26 their 33 free throws to secure the win.

Johnson turned in one of his most complete efforts of the season, scoring 16 points while adding eight assists and four steals. Toney chipped in 13 points and made all seven of his free throws, while Murphy fulfilled his sharpshooter role by going 4-7 from three for 16 points.

The win brings Pitt to 10-3 on the season entering ACC play — its exact overall record from last season at the same point. But the consensus is that these Panthers — already with an ACC win over No. 18 Florida State and having beat tough non-conference opponents like Kansas State and Rutgers — are due for more success than last year’s squad that dropped 15 of its final 18 games.

In other news, Pitt’s basketball program received great news early Monday morning with an announcement on Instagram from 2022 five-star guard Jalen Hood-Schifino that he had committed to Pitt.

Schifino, who plays at Combine Academy in Charlotte, N.C., but has ties to nearby Penn Hills, is the No. 17 recruit in the class of 2022 according to Rivals.com. The last time Pitt basketball landed a top-20 recruit was 2012, when Jamie Dixon successfully recruited Steven Adams.

Schifino still has three years left of high school basketball, leaving some fans worried that his plans may change as they did with one-time Pitt basketball commit Terrelle Pryor. Still, the verbal commitment should undeniably help create a ripple effect for Pitt to notch further top prospects.

As for the current season, the Panthers will look to continue their non-conference success into full-time conference play when they host Wake Forest Saturday at noon.