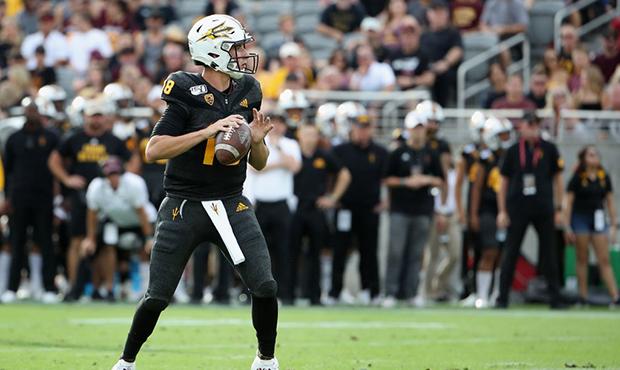 First-year quarterback Joey Yellen will transfer from Arizona State to Pitt, becoming eligible for the 2021 season.

The move has no implications for the upcoming season — two-year incumbent starter Kenny Pickett has the starting gig all but locked up, and Yellen must sit out the entire 2020 season anyway in accordance with NCAA transfer rules.

But with Pickett due to graduate in 2021, that’s when things will get murky. Yellen, who will be a redshirt sophomore, should be expected to compete for the starting job against current Panthers Davis Beville and Nick Patti.

Yellen boasts a formidable pedigree in his time as a prospect and while playing for the Sun Devils. The 6-foot-3, 210-pound quarterback was a highly touted recruit out of California’s Mission Viejo High School, earning a four-star rating from 247sports.com. ESPN ranked Yellen the 63rd player in his 2019 class and third at his position.

Fellow first-year quarterback Jayden Daniels beat Yellen out for the starting job at Arizona State, though he missed the team’s Nov. 9 game against USC with an injury. Yellen used the opportunity to show what he’s capable of, completing 28 of 44 passes for 292 yards, four touchdowns and two interceptions in a 31-26 loss to the ranked Trojans.

The addition of Yellen addresses a need at the quarterback position for Pitt, considering head coach Pat Narduzzi did not sign any signal-callers in his 2020 recruiting class.