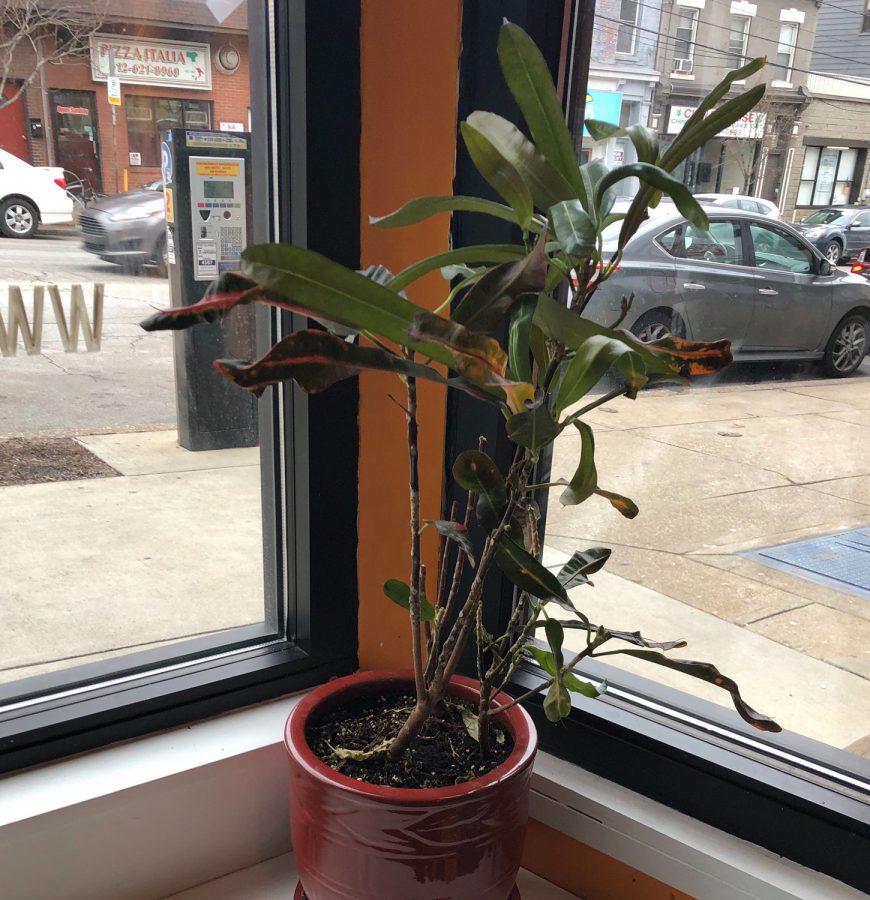 If you can’t keep your plants alive you can sign up for horticulture classes at the Phipps Conservatory.

With students returning to campus and new classes in full swing, winter break may quickly seem like a blip on the horizon. Before we move on, however, here are five glimpses into the various lives of college students on break.

My time at home began with a minor car accident, a slight skid into the guard rails while getting back onto Route 22, right after leaving the mall. There was freezing rain pinging against my windshield and the knowledge that I was not a good driver flashing in my brain in angry red neon. I ended up with dented wheel wells and a deep sense that I was never meant to go to the mall that Monday.

Not to be dramatic, but I have and always will hate ice with enough fiery passion to melt all the ice that has ever existed in all 200,000 years of human existence. And also I thought I was going to die.

This closeness of death — or, the feeling of death breathing down my neck as I attempted to let the plush vocals of Lana Del Rey through the car radio assuage me enough to not have an anxiety attack on the highway — spurred an existential crisis that lasted all the way from Allentown to Bethlehem, and continued days later as I obsessively ran through the accident again, trying to figure out how it wasn’t somehow worse. I was pretty sure I was going to get rear-ended while sitting in my own living room, watching Jeopardy.

Death, I know I groaned about how I wanted to die during finals week, under the weight of many a lengthy thesis paper, but please, don’t flirt with me just yet.

My winter break went similarly to how it always goes — I spent the days leading up to break anxious to get home, and then was bored and missing Pittsburgh within a day of getting back home to northern Virginia.

Luckily, my friends soon returned home to entertain me, and it was great seeing them all again. However, seeing them didn’t even come close to comparing to the thrill I felt when I was reunited with the best part of northern Virginia — Peet’s Coffee. Ever since high school, I’ve been addicted to Peet’s because they’re the only coffee place that I think makes a good chai latte.

Finding out my first year that Pittsburgh didn’t have a Peet’s almost broke me — luckily I somehow managed to survive. Still, it means that whenever I come home I usually waste a ton of my money and time at Peet’s. Which is exactly what I did this break. Whenever I ventured out of the house to see friends, run errands for my mom or attend physical therapy — shoutout to the stress fracture in my leg that kept me very much homebound during this break — I went through the drive through and got myself an iced chai from Peet’s Coffee.

As much as I’m looking forward to returning to Pitt, I know the first few weeks back I’ll definitely be suffering from chai withdrawal.

In his Book of Delights — which is quite literally a book full of essayettes about things that delight him — Ross Gay writes that, in 2019, the more he shares and writes about his delights, the more delights he sees. I figured break would be an ideal time to start keeping track of my own delights.

I have been trying to write an essay about plants and how they communicate with each other about death for the past three months. It’s also about humans and how we try to communicate with our own bodies. The essay, which I’ve titled, “How To Save a Dying Plant,” is not exactly — as a woke Gen Z might say — “poppin’.” Though, I’ve been struggling to find the source of why I’m stuck.

A yoga teacher at my studio pulled a plant inside last week because the cold weather was killing it. She told me it might not survive inside either, though, in her words, why not try? I realized then that I don’t actually know how to save a dying plant, that really, nobody does. And so in the spirit of Ross Gay, I delight in my winter break, specifically finding the source of the problem within my essay. In the coming weeks, I hope to delight in finishing this essay. Though mostly, I hope to delight in the survival of that poor potted plant.

When I arrived home from finals week, I had big plans for winter break — Hanukkah in Paris and New Year’s in Munich, topped off with a trip to London before I started my next semester there.

Well, my break certainly felt like a movie, but not the one I had in mind. A few days before I was set to leave, the U.K. consulate informed me that my visa application to study abroad was rejected due to faulty fingerprints. So instead of reuniting with my family abroad, I spent 10 days in what felt like a re-enactment of “Home Alone” while my family wined and dined in Europe for the holidays. As someone who suffers from nyctophobia — a fear of darkness — staying home alone for an extended period of time felt much like a nightmare for me.

Much to my surprise though, my daily routine became rather enjoyable. I went to the gym every morning, took long baths, binge-watched the Netflix series “You” and “Dirty John” and spent my evenings with friends. While I definitely felt envious of my family as they toured the Eiffel Tower, lounged in cafes outside the Louvre and attended catered family parties, the peace and quiet of my home felt surprisingly relaxing and refreshing.

At the end of the 10 days, I was eager to pick up my family from the airport. I gave up my New Year’s Eve plans and drove to Newark Airport, only to crash my car. I then witnessed a shooting occur during the three hours I spent waiting at a major intersection for the cops to arrive.

This may seem like a rough start to the new year. But on the bright side, no one broke into my home, the U.K. approved my second visa application and I emerged unscathed from a car crash. So, all in all, this winter break felt like a success.

I have spent this winter break adjusting to an increased dose of lithium while I’m stuck in my family home, which is located in the northwest corner of the middle of nowhere. I am no longer able to drive, and my psychiatrist won’t answer my phone calls, so surely you can understand the stress that I am under.

But it isn’t so bad. My friends, the media and the world at large have led me to believe it would be excruciating. I watched “Silver Linings Playbook” with my family right before Christmas and was certain I would rather sink into the floor than watch another second of my disappointing future.

And yet, it isn’t bad. When I sit in my corner of the middle of nowhere, reflecting on this year and all that it has brought me, I realize that this is good. Finally I am taking care of myself, and now I can spend time on other things. I have always wanted to read more books, write more articles and maybe build a shelf. Now I can.