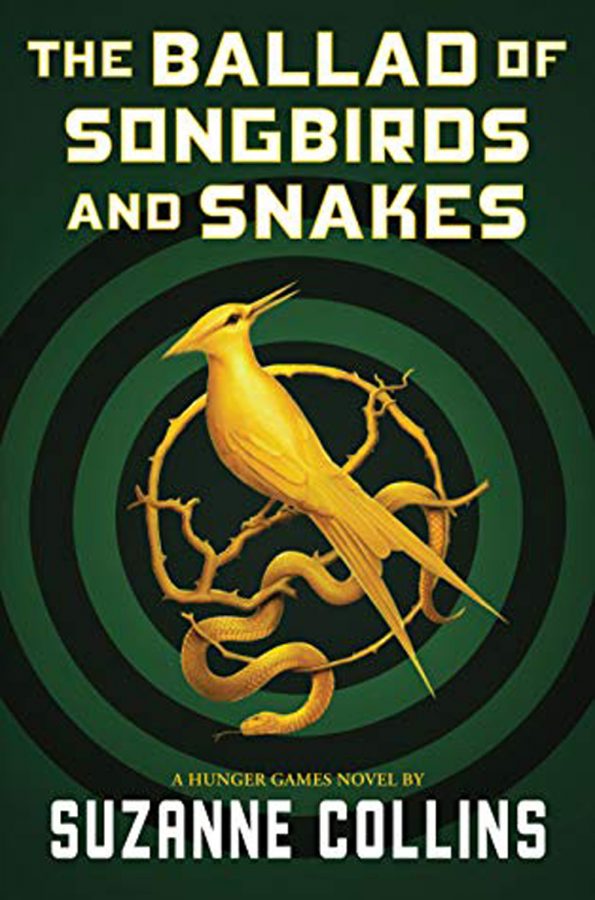 Suzanne Collins, author of “The Hunger Games” trilogy, will release her book “The Ballad of Songbird and Snakes” on May 19.

Though 2019 was such a wonderful year for books, the book gods are telling me that 2020 might be even better. My only New Years resolution this year is to read as many books as possible. Here are a few I’m highly anticipating the release of in 2020, brought to you by your opinions editor and self-proclaimed Pitt News book reviewer.

Eliese Collete Goldbach might be the only essayist who does footnotes better than David Foster Wallace. The young writer gained attention back in 2017 when the Alaska Quarterly Review published her essay, “White Horse,” about being a rape victim and searching for justice on a Christian college campus in rural Ohio. Her first book, “Rust,” is about her experience working in a steel mill and revisiting ghosts in her rural hometown. If this book is as brilliant as Goldbach’s essays, then it will be a must-read. “Rust” is due out on March 3.

“The Ballad of Songbirds and Snakes,” Suzanne Collins

Febos is a talented essayist and memoirist who’s made a name for herself within the last decade publishing two works of nonfiction, though she has yet to appear on a best-seller list. Her writing largely focuses on sex work, childhood, feminism, queer identity and the body — exploring how we form our sexual identity and how it changes throughout life. “Girlhood” is a collection of essays that dives into exactly that and is due to appear in stores in late 2020.

“Today’s feminist movement has a glaring blind spot, and paradoxically, it is women,” writes Mikki Kendall in a preview of her book, “Hood Feminism.”

Over the span of almost 20 years, investigative reporter and writer Jerry Mitchell pursued the Klansmen responsible for dozens of notorious, horrific murders during the Civil Rights era. Mitchell’s investigative work helped bring the mastermind of the Mississippi Burning case — a KKK murder of three civil rights workers in 1964 — to court and cultivated justice for the victims 41 years later.

This book is Mitchell’s journey unearthing secret documents and hunting suspects — building evidence strong enough to take on members of the Klan decades after their crimes. It’s a book of reporting and investigation, but it’s also a book about deeply rooted racial violence and inequalities that still linger in society today.

The book is due to be released on Feb. 4.

Hurston, the writer best known for her 1928 essay “How It Feels to Be Colored Me” and 1937 novel “Their Eyes Were Watching God,” pioneered modern stories of black women in the early 20th century.

Hurston died of heart disease in 1960, though her grave remained unmarked until about 1973. Like her body, many of her brilliant stories were also lost for years. Harper Collins is publishing an anthology of the writer’s “lost” stories — uncovered years after she died — on Jan. 15.

“Yellow Bird” is the true story of a murder on an Indian reservation and also a work of literary journalism, urging readers to pay attention to Native American communities. Lissa Yellow Bird — whose experience is the main focus of the book — found her home on Fort Berthold Indian Reservation after being released from prison in 2009. Her land was her love, though as she began to make a home on the reserve, she also watched it become burdened by corporate interests, violence and addiction. This became heightened when she learned of a worker who had disappeared from his reservation worksight — and the lack of people actively searching for him.

“Yellow Bird” is the story of Lissa’s obsessive search for the worker and her navigation through her own changing world. It’s a reckoning, filled with eight years of investigation and immersion, addressing the systematic violence that plagues many tribal nations in America. The book is due to be released on Feb. 25.