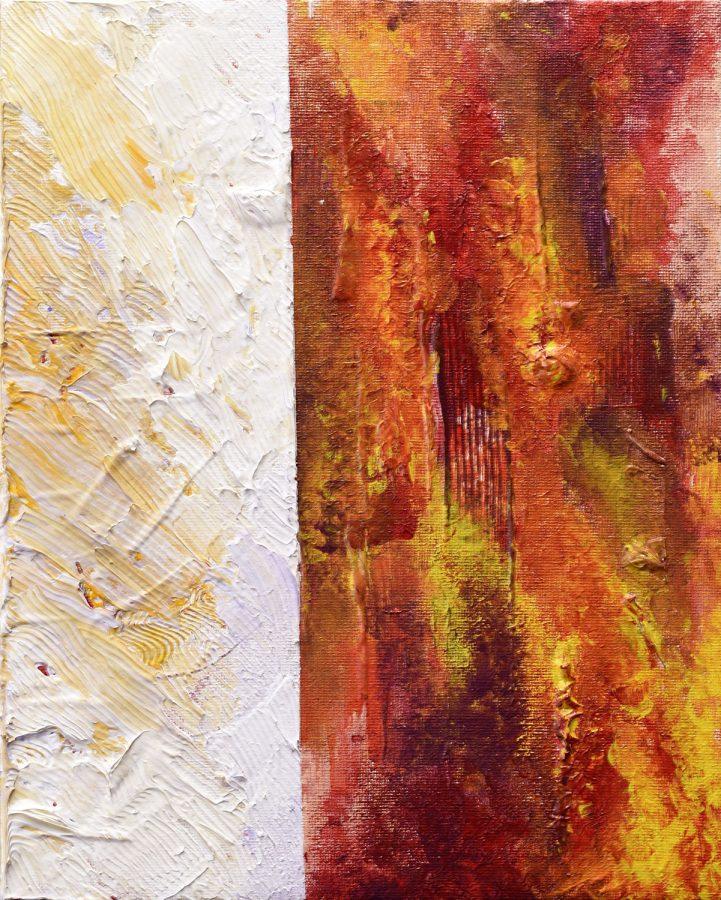 Many scholars of fine arts consider themselves to be masters of one discipline, such as music, or painting or poetry. Some Pitt students had the opportunity last semester to take a class that challenged that notion.

Creative Arts Ensemble, a class introduced to Pitt’s Department of Music in the fall 2019 semester, allows students to combine their musical and compositional skills with other artistic endeavors, like poetry or visual art, culminating in a physical performance at the end of the semester to showcase their work. The course was created and taught by Professor Nicole Mitchell Gantt, who came in as the new director of jazz studies at Pitt in 2019.

Though the class will not be held again this semester, Mitchell plans on reopening it sometime soon. Mitchell said she created the class with the idea of bringing together artists of all disciplines, not just of music, and have them collaborate with one another to create varied pieces of work beyond just instrumental music.

“Musically, we had a wide range of aesthetics that were happening,” she said. “You know, that’s kind of a different thing than just making instrumental music, finding a way to balance out the words.”

The class, which was held for three hours every week, created a space where students had to interact with peers who were also artists but who do not all create in the same medium. Students would bring their art to class to share with their peers, rehearse and then try different things to expand upon their work. Some of these sessions even morphed into a kind of “freestyle” workshop.

All of last semester’s work was showcased in a concert on Dec. 3 in Bellefield Hall, where each student exhibited their work live on stage across multiple disciplines of art.

Tamara Das, a senior English writing major, was the only poet in the class and had little experience in creating music, so for her final performance a classmate composed music to accompany her poems. She said the class introduced her to spoken-word poetry, as she had only written poems for the page before.

“I’ve never performed my poetry before this class, so I appreciated that experience. And it expanded how I thought of music and art, and how they can be joined together but also stand very strongly on their own,” she said.

A BIG BRAVO to Professor Nicole Mitchell Gantt and the Creative Arts Ensemble who put on a wonderful performance last night.

Devon Tipp, a graduate student in music composition and theory, said being in a classroom full of students who practiced art forms outside of music, like Das’ poetry, opened up his mind to new creative processes and ideas.

“The thing that’s more important though is finding out the areas where their creative process is not similar to yours and you get to ask them about what they’re thinking, and how they came to that conclusion,” he said. “You’ll often leave with new ideas you never would have thought of without that sort of conversation with other people.”

For his live performance, Tipp incorporated both music he composed and abstract paintings he made. He created a computer program which would display three of his abstract paintings at random intervals on a screen while he conducted several musicians in a small orchestra. The musicians would change their music according to which painting they saw, and for how long it was displayed.

Mitchell said having artists like Tipp bring forward artistic talents outside of the main area of study was a surprising but welcome aspect of the class.

“What surprised me was different gifts that the students had that you wouldn’t necessarily know,” she said.

The Creative Arts Ensemble brought out many hidden talents and emotions within its students. Jason Belcher, another graduate student in musical composition and theory, said his final piece focused on his epilepsy and the medication he’s taken for it throughout his life. He had a fellow student read descriptions of this epileptic medication off of a Wikipedia article, in accompaniment to the music he conducted. He said when putting together this final piece he had to think about more than just the music, but how the speaker would read the descriptions.

“It is not necessarily dramatic in its delivery and we had a dialogue about how to deliver the text,” he said. “How the text should respond to the music and vice versa.”

It was this kind of expression — emotionally or through a new medium of art — that Mitchell said made her really excited about the class. By having her students come in every day and experiment with people of all different artistic backgrounds, the class spawned new art without a more structured lesson plan.

“So this is really exciting, is also very new for a lot of the students here. It was a great process, to have almost like a lab situation where you could try things out and then go back and try to hone that idea, maybe throw something out, try something new,” she said.

With this class now being offered at Pitt, Belcher said he believes that a new tradition can start, one of an ensemble that approaches music and creativity in a way that enriches artists and allows them to produce their best work.

“I hope that they keep offering it. Because it is wonderful … and I think now having Nicole here, for the long term, that is something that we will have the opportunity to see here at Pitt, a new tradition of interdisciplinary performances and building a concert program from scratch,” he said.

For Tipp, the class forced him outside of his comfort zone. He said that in terms of his music he is usually a self-described control freak and that the Creative Arts Ensemble, by forcing him to work with other people, brought out more unconventional aspects in his work.

“It’s really great to work with other people and give them these ideas that maybe you wouldn’t give before because you were afraid of losing control,” he said.