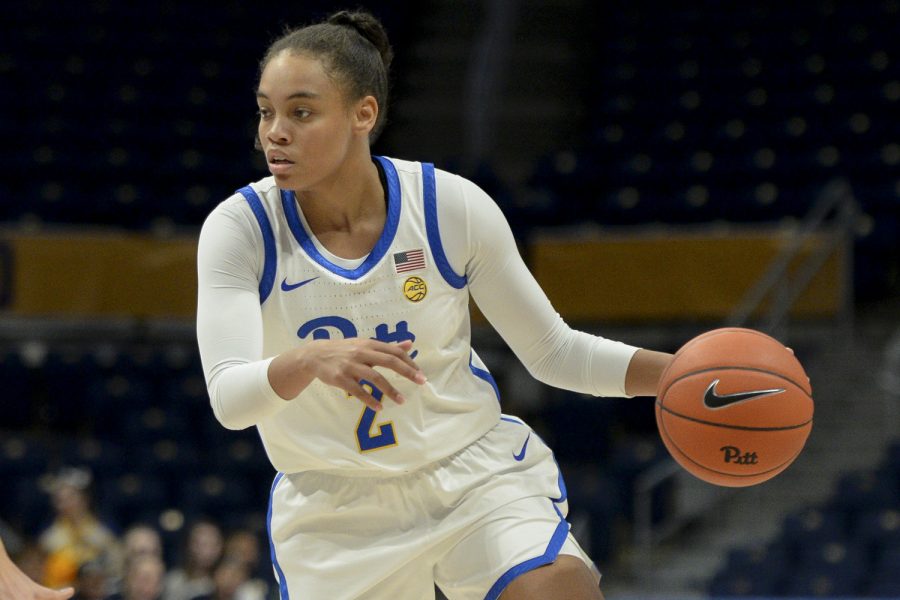 This loss marks the Panthers’ (3-11 overall, 0-3 ACC) seventh consecutive defeat and the third in the ACC, with all three losses coming by a margin of fewer than 10 points each game. Panthers’ head coach Lance White weighed the game’s aspects individually after the game, but was unhappy with his team’s stagnant development.

“We still panic a little bit under that pressure and that’s what we have to learn to do,” White said. “I thought overall to have 21 assists, 14 turnovers, that’s one of the best that we had. I thought that we gave up too many [offensive] boards down the stretch that we can’t in order to win games like this. Again, overall, we’re still growing. We’re still just not there yet. Frustrating to watch.”

Pitt got off to a fast start in the game, taking a 12-5 lead off the strength of a 10-0 run that forced BC to take its first timeout of the game with 5:43 remaining in the first quarter.

First-year forward Rita Igbokwe and junior guard Gabbie Green both scored six points for Pitt with Igbokwe’s shots coming down low and Green’s both 3-pointers during the run.

The Eagles fought back the rest of the quarter, outscoring the Panthers 8-5 to cut the lead to four at 17-13. Sophomore guards Makayla Dickens and Marnelle Garraud scored all eight points, punctuated by a buzzer-beating layup by Garraud.

The Panthers used a timeout to slow the Eagles’ run and swing momentum, getting two quick buckets, a 3-pointer and a layup from Green and junior center Marcella Lamark to tie the game at 24. The Panthers and Eagles battled through the period’s remainder and the Eagles escaped with a one-point lead at halftime.

The third quarter mirrored the second, with BC opening the quarter on an 11-2 run followed by a Pitt run that cut the BC lead to one. Senior forward Emma Guy scored a layup and a jumper, sophomore guard Cameron Swartz converted on an and-1 opportunity off a layup on the fast break, Dickens made a jumper, and sophomore forward Taylor Soule scored a layup to complete the run for BC.

A layup from Igbokwe was all that Pitt could muster on the early run that forced White to take a 30-second timeout with 6:27 remaining in the third quarter. Following the timeout, Pitt went on an 11-0 run to tie the game at 50, with three minutes left in the third quarter. First-year forward Amber Brown scored six straight points to cap the run.

Both teams were effective at shooting the ball in the third quarter, with the Panthers shooting 10-21, 47.6% and the Eagles making nine of their 15 shots, 60% from the field. Dickens led for the Eagles with nine points on 4-6 shooting, while Brown led with six points for the Panthers and first-year guard Emy Hayford provided five points off the bench.

Pitt and BC continued to fight for the lead going into the fourth quarter and were tied at 66 with 4:22 left in the game. Bugg continued to score for Pitt, putting seven more points up on a 3-pointer, two foul shots and a layup on the fastbreak, while Guy scored five for BC on two layups and a foul shot.

The Eagles then went on a 13-4 run to close out the game, hitting three 3-pointers with two from Garraud and one from Swartz along the way, while also aided by the Panthers’ poor shooting, as they shot 1-5 in those final minutes and turned it over three times as well.

Despite the loss, Pitt can take solace in the evolution of Igbokwe’s game. Her 12 points on 6-10 shooting display her ability to be a force on both sides of the court.

“Just really my coaches, especially my teammates, telling me ‘Hey I have your back if you do this wrong’ because I just know for certain things I do get, like, too edged up,” Igbowke said on being comfortable playing against BC. “So it’s all about my teammates helping me and me being comfortable with them having my back.”

Another bright spot in the loss was the play of Bugg, who after scoring two points on 0-10 shooting against Notre Dame, came alive in the second half and scored 10 points to keep the Panthers in the game. Bugg knows their last few close losses have been frustrating, but implores her teammates to stay motivated.

“[I] just tell them to stay positive,” Bugg said. “Everything happens for a reason. We continue to grow and get better every day in practice and it’s one game at a time with us.”

Next up, Pitt will take on Virginia Tech in Blacksburg, Virginia, on Thursday as it looks to halt its  seven-game losing streak.